Roger Federer has admitted he knew he was heading into Wimbledon in the summer aware that he had already picked up another injury. It proved to be another which required surgery on his knee to correct – his third such procedure in just over 18 months, ending his 2021 season after just 13 matches. And he knows already that he may not be able to recover in time to head to SW19 again in 2022.

The Swiss legend reached the last 16 at the French Open but chose not to face Matteo Berrettini, electing instead to “listen to his body” and pull out of the competition.

His next outing came a week later at the ATP 500 in Halle, where he beat Ilya Ivashka but then suffered defeat at the hands of exciting Canadian youngster Felix Auger-Aliassime.

Then it was a trip to SW19, where the veteran made a confident-looking run to the quarter-finals before suffering a third-set collapse to Hubert Hurkacz after pulling up with injury again.

That run to the last eight at Wimbledon – which included wins against the likes of Richard Gasquet, Cameron Norrie and Lorenzo Sonego – looked impressive at the time for someone who had already undergone so many surgeries.

JUST IN: Roger Federer reveals main regret about missing out on ATP Finals

It seems an even greater achievement now that Federer has revealed he had sustained the injury in Halle, before even arriving in London.

“I already felt in Halle against Felix-Auger Aliassime that my Wimbledon would not be what I had hoped for,” the 20-time Grand Slam champion told the Tribune de Geneve.

“Even though I didn’t know the nature of my injury, I would be restricted.”

He added he had been relying on his experience to get him through the matches as his body was “battered” and he was unable to produce the best of his defensive play because of it.

He added: “What would have happened if I had won the tiebreak of the second set against Hurkacz? When you’re battered, you cling on to everything: your past victories, your experience on grass.”

“In retrospect, I realized that I had won almost no point at Wimbledon when I had had to defend myself,” the Swiss continued.

“But yes, Wimbledon confirmed to me that despite my limitations, I could still play at a high level. And considering how far I’ve come, I just have to try again.”

That attitude has been consistent for Federer all throughout his injury woes, and it’s clear he’s not ready to give up on the idea of a return to the tour just yet.

He is still in rehabilitation from his latest surgery and already knows that January’s Australian Open “does not even come into play”.

Federer even admitted he would be “extremely surprised” if he were able to play at Wimbledon next year, though he is targeting a potential return to competitive action next summer.

“I will be able to resume running quietly in January and resume sessions on the court with complex support in March or April,” he explained.

“I therefore estimate my return to competition in the summer of 2022.

“[I would be] extremely surprised to be able to play Wimbledon. This summer it was decided to suture the lesion to my meniscus, which involves some downtime.

“The doctors therefore took the opportunity to also treat my cartilage. The combination of these two interventions requires patience and prudence.” 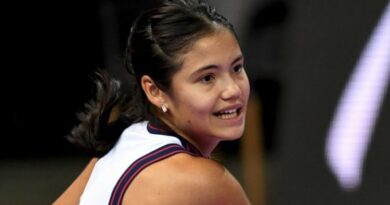