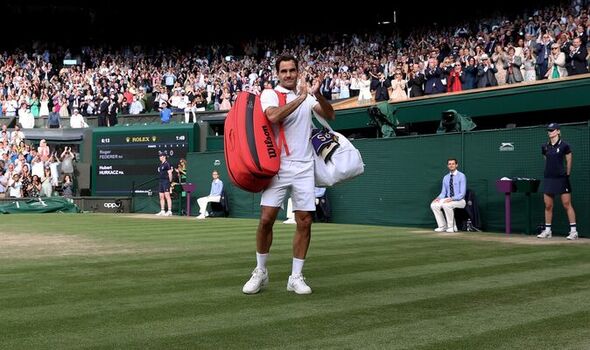 Roger Federer is said to be on course for a comeback later this year, in shock news that he hs gearing up to play the 2023 season when he will be 41-years-old. And the Swiss star’s agent says Federer has his eyes firmly on playing another Wimbledon after manging to reach the quarter-finals “on one leg” last year.

Federer has not played since crashing out of Wimbledon in the quarter-final stage last year. He then revealed he had suffered a “setback” with his knee injury and underwent surgery for the third time in less than two years, which has seen him sidelined ever since.

The 20-time Grand Slam champion is set to make his return in London’s O2 Arena this September for the Laver Cup, before playing his home tournament at the ATP 500 in Basel. Now, his agent Tony Godsick has confirmed that the 40-year-old is on track to make his comeback later this year and is eyeing a strong 2023 season, with Wimbledon included, telling Standard Sport: “He’s exactly where he wants to be but unfortunately it takes time. He’s going to play Laver Cup and Swiss Indoors.”

Sharing the timeline for his comeback, Godsick added: “I don’t want to be the doctor but what I hope for him is to able to have a great rehab this summer, play some in the fall and give a nice shot at 2023, and then see what happens. I haven’t talked to him about that.” And commenting on a possible Wimbledon 2023 appearance, he said: “It was a great effort last year on one leg. And I think he’d like another Wimbledon. That place has been incredibly special to him.”

Federer is currently scheduled to play the Laver Cup from September 23 to 25, and the Swiss Indoors Basel from October 22 to 30. As for the rest of his autumn comeback, Godsick thought it was more likely that the former world No 1 would add some more tournaments to his schedule after Basel, rather than before the Laver Cup.

“Could he add a tournament before then? Maybe yes but more likely after that,” he said. “He doesn’t want to commit to anything too soon before having to pull out. But the Laver Cup is enough time that, if all goes well with rehab events, he can get back for.”

Federer returned to an intense training schedule in the gym last month, sharing photos and videos from his sessions to his Instagram account. And Godsick said the 103-time title winner was taking all the time he needed to build up for a comeback this time around, instead of “rushing back” in Doha last year following double knee surgery in 2020.

“He won’t rush back this time,” his agent claimed. “He will have to be 100% and know he’s 100% and that’s why he’s taking his time doing heavy rehab and training. It’s not just when knee feels good but building up the muscles and getting lungs back. I know he’s encouraged where he is.” 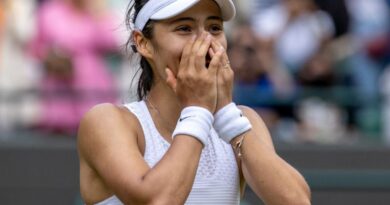