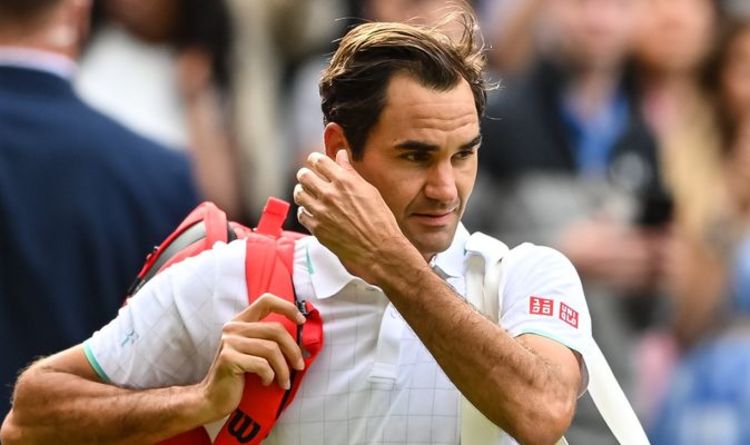 Roger Federer has withdrawn from the Tokyo Olympics after suffering a setback in his recovery from a knee injury at Wimbledon. Federer planned to wait until after his campaign at SW19 to confirm his status for this summer’s Olympic Games, and it’s bad news for Switzerland.

In a statement posted on his social media accounts on Tuesday afternoon, Federer explained his disappointment to miss out.

It read: “During the grass-court season, I, unfortunately, experienced a setback with my knee and have accepted that I must withdraw from the Tokyo Olympic Games.

“I am greatly disappointed, as it has been an honour and highlight of my career each time I have represented Switzerland.

“I have already begun rehabilitation in the hopes of returning to the tour later this summer.

“I wish the entire Swiss team the best of luck and I will be rooting hard from afar. As always, Hopp Schwiz!”

Federer reached the Wimbledon quarter-finals this year before suffering his worst-ever defeat at the competition.

The 39-year-old was beaten in straight sets by 14th seed Hubert Hurkacz, losing the final set 6-0 for the first time in his career.

Federer’s grass-court campaign was disappointing by his world-class standards, and his knee is likely to be a key reason as to why.