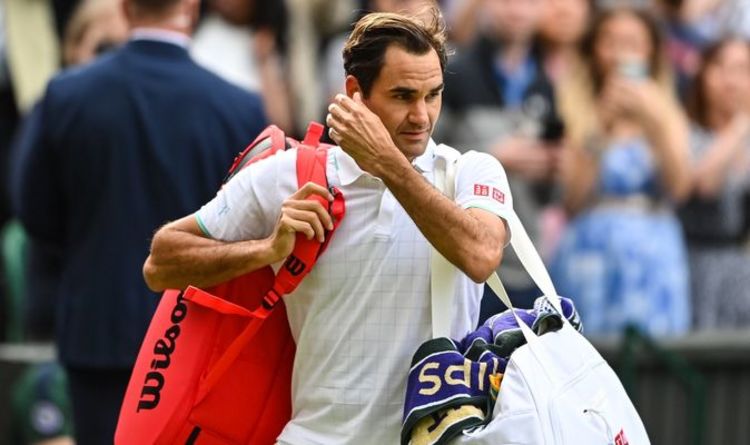 Roger Federer has revealed he will announce if he is playing in the Tokyo Olympics “in the next week” – and has claimed his worst ever Wimbledon defeat will not change his decision.

The Swiss superstar lost his first ever set to love in SW19 when he was thrashed 6-3 7-6 6-0 by Poland’s Hubert Hurkacz in the quarter-finals. Federer, who turns 40 next month, had played 119 matches and 403 sets at The Championships and said he did not know if he would return.

More immediately, the 20-time Major champion is entered for the Olympic tennis tournament which starts on July 24.

Tokyo is in a state of emergency because of Covid-19 and competitors will be restricted in their movements.

But Federer has never won an Olympic gold in singles – the only honour missing from his glittering CV.

Speaking after his Wimbledon defeat in French, the world No.8 said: “I hope to make a decision on the Olympics in the next week because it is coming quickly.

“It is not a problem for me. I need a few days because the big, big objective this year was Wimbledon whether I lost in the first round here or I won.

“We are going to sit down and make a decision and what is going to happen next. The best decision.

“This match and the third set changes nothing, it was always the plan. But obviously it is true that this has shaken me a little bit because of the disappointment.

“I am disappointed. But you have to quickly digest that and move on to the next stage. That is the decision now. I am ok with that – I am used to it.”

Federer only returned to the ATP Tour in March after two knee operations last year and his defeat was only his 13th match of the year.

After the Hurkacz defeat, BBC analyst Boris Becker said: “This is very, very unusual. There are certain rules in professional tennis that even Roger Federer has to obey. Those are matches. You have to play them.”

Asked when he knew he had to retire, the three-time Wimbledon winner said: “My moment came against Pete Sampras in the Wimbledon final in 1995 (his seventh and last final).

“I thought if I am not able to win Wimbledon anymore, why bother coming?

“Roger won eight times, he is not coming here to play second week or play a tough quarter-final.

“I don’t know if we will see the great man again. Time doesn’t serve still for any man or woman.”