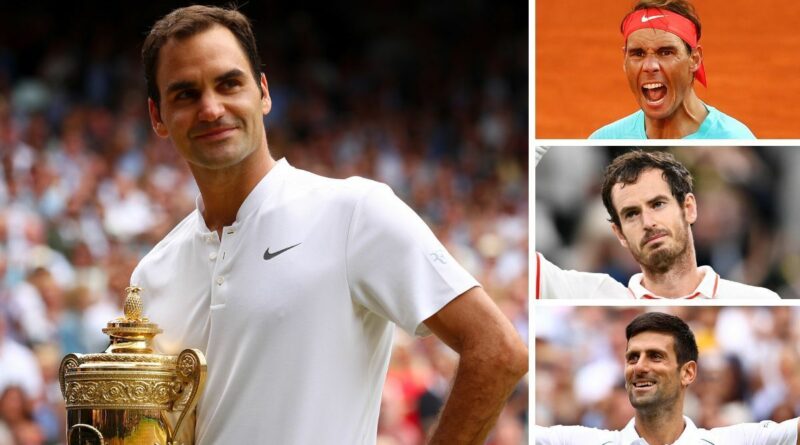 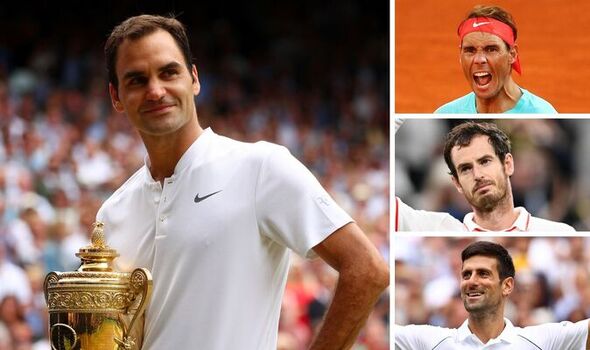 Roger Federer’s long and illustrious career comes to an end this week with the Swiss icon retiring from tennis at the Laver Cup. The 41-year-old is regarded as one of the greatest of all time and played in one of the toughest eras in the history of the men’s game.

He won an unprecedented 13 Grand Slam titles between 2003 and 2008 and one year later he broke Pete Sampras’ record for the most singles major victories on the ATP Tour. But Rafael Nadal had already established himself as a serious threat to Federer’s reign while Novak Djokovic and Andy Murray were beginning to make their impact on tour.

The following decade would see ‘The Big Four’ face off against one another in one of the greatest eras in men’s tennis history with dozens of matches between them being watched by millions all over the world. The era now comes to an end this week but it’s set to be a grand final ceremony to bring Federer’s career to a close.

All four players will be competing for Team Europe and, while there will undoubtedly be a competitive spirit to the event, it’s a chance to look back on their previous battles together over the previous decade or more. 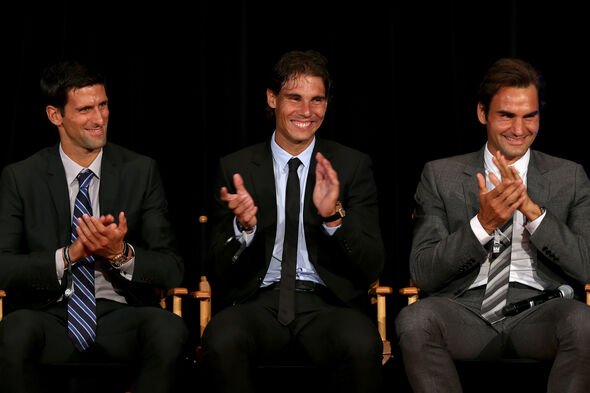 The only member of the ‘Big Four’ that Federer held a winning record against with 14 to Murray’s 10 victories. There was only once in a Grand Slam that a match between Federer and Murray went the distance in the 2013 Australian Open semi-final with the latter coming out on top.

Murray also stopped Federer from winning Olympic gold in 2012 after the reverse result had happened at Wimbledon a few weeks earlier. It’s been seven years since their last meeting with both players going through their own injury troubles.

They met in just eight finals, three coming in Majors and the other being that London Olympics clash, and Federer won all of the Grand Slam title deciders.

Arguably seen as the greatest and friendliest rival in sport, the pair played in some of the most memorable matches in the history of tennis. Both players regard each other as close friends from their time together at the top of the men’s game and there was always plenty of respect in the 40 matches they played against one another.

Nadal holds the better record, winning 24 to Federer’s 16, but the Swiss icon did win seven of their last eight meetings. That included the memorable 2017 Australian Open final as well as their final clash in the 2019 Wimbledon semi-finals.

Impressively, 24 of their 40 matches all came in finals, nine of which were Grand Slam title deciders. The record in finals is a lot closer with Federer winning 10 times, but Nadal just pipped him with 14 – 11 of which all came on clay.

Incredibly, Federer and Djokovic faced off the same number of times as Nadal and the Swiss icon with 40 matches also played between the pair. Federer dominated the early ties with Djokovic still making a name for himself on tour, but he would soon start closing the gap and begin another great rivalry.

Djokovic came out on top in their first ever final against one another at the 2007 Canadian Open with Federer getting his revenge a few weeks later at the US Open. Their overall record was a lot closer too with Djokovic winning 27 times in total to Federer’s 23.

Exactly half of their matches came in finals but just five were in Grand Slam title deciders with that US Open final 15 years ago being Federer’s only win against Djokovic in those five. It was the 2019 Wimbledon final which will likely go down in history as their greatest battle with Djokovic coming out on top in the end of what was seen as one of the best matches played in the history of the sport.

Murray rules out US Open play after loss in singles comeback