Home » Tennis » Rogers roars back to shock No. 1 Barty in 3 sets 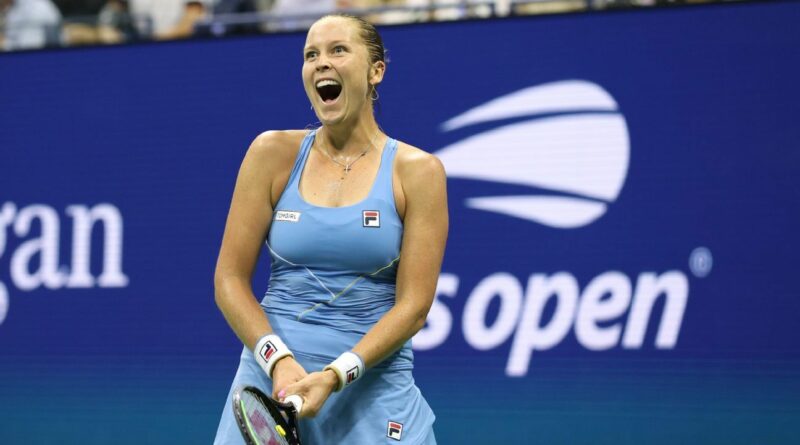 NEW YORK — Shelby Rogers lingered on the court and panned her phone around at the fans at Arthur Ashe Stadium for a snapshot souvenir of the scene after she beat Ash Barty for the first time.

Not just at the US Open.

Rogers was winless in five meetings — four this year — against the women’s No. 1 player, forcing the last American left in the women’s draw to mix up her methodology.

Urged on by a raucous crowd, Rogers smacked moon balls, stayed patient — and waited as a rattled Barty hit a slew of unforced errors that led to another early exit at Flushing Meadows for the reigning Wimbledon champion.

“It can’t get any worse,” Rogers said about her previous failures against Barty. “You lost to her every time, so try something different.”

Rogers had been 0-6 lifetime against top-seeded players.

Rogers was a quarterfinalist in New York a year ago, while Barty owns titles from the French Open in 2019 and Wimbledon this July but never has been past the fourth round at Flushing Meadows.

Rogers laughed as she referenced the self-deprecating quote, “Nobody beats Vitas Gerulaitis 17 times in a row,” made after he finally beat Jimmy Connors.

Rogers didn’t have to last that long to snap her winless streak against Barty.

Barty gave her plenty of help to end the streak. Barty had not dropped a set in the tournament but was sloppy from the start. She made 17 unforced errors in the first set and then three more when she held a 5-2 lead in the third that let Rogers back in. Rogers broke Barty twice in the third when Barty served for the match.

As they are for most Americans, the Ashe crowd roared for Rogers on every winner, and she waved her arms and exhorted the fans to get louder.

No fans were allowed to attend the U.S. Open a year ago because of the coronavirus pandemic.

“The crowd is next-level this year,” Rogers told the fans at Arthur Ashe Stadium. “You’ve picked who you want to win, so thank you for picking me tonight.”

Barty was unable to avoid the rash of upsets that have hit the tournament. A day after defending champion Naomi Osaka and two of the top five men, Stefanos Tsitsipas and Andrey Rublev were beaten, Barty went down to the 43rd-ranked Rogers.

Sakkari, who is seeded 17th and was a semifinalist at the French Open this year, collected her eighth victory this season against an opponent ranked in the top 20. She had nine aces and never lost on serve as she made it to Week 2 at Flushing Meadows for the second year in a row.

Kvitova, seeded 10th, finished with more than twice as many unforced errors, 34-16.

Sakkari will next face 2019 champion Bianca Andreescu, who improved to 10-0 for her US Open career with a 6-1, 6-2 victory over 104th-ranked Greet Minnen of Belgium.

The Canadian player, who is seeded sixth, won the match in little more than an hour as she delivered 21 winners and made just 11 unforced errors, while saving all four break points she faced.

Minnen got into the field as a “lucky loser” — someone who lost in qualifying but moved into the main draw when another player withdrew.

Andreescu beat Serena Williams in the final in New York two years ago in her US Open debut at age 19. Andreescu then missed last year’s trip to Flushing Meadows with one of a series of injuries that have interrupted her still-young career.

Tokyo Olympic gold medalist Belinda Bencic, seeded 11th, also reached the fourth round, with a 6-2, 6-4 victory over No. 23 Jessica Pegula in a rematch from the Summer Games.

Bencic was a semifinalist at the 2019 US Open. She will next face Iga Swiatek, who became the first Polish woman in five years to reach the fourth round with a 6-3, 4-6, 6-3 win over Anett Kontaveit.

The seventh-seeded Swiatek, who won the French Open in 2020, has now advanced to the fourth round of each of the Grand Slam tournaments over her career.

Raducanu, who was born in Canada and represents Britain, is into the fourth round at the US Open after getting to Week 2 of Wimbledon in her major debut at age 18. She has won all 12 sets she has played in New York, with three wins in qualifying and three in the main draw.

She had 29 winners against Tormo.