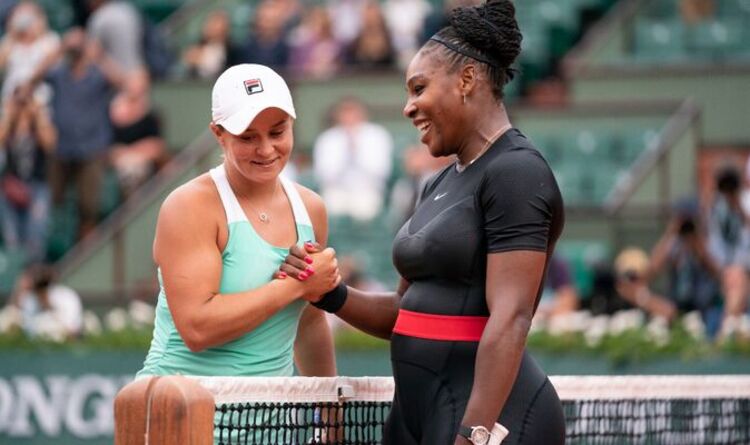 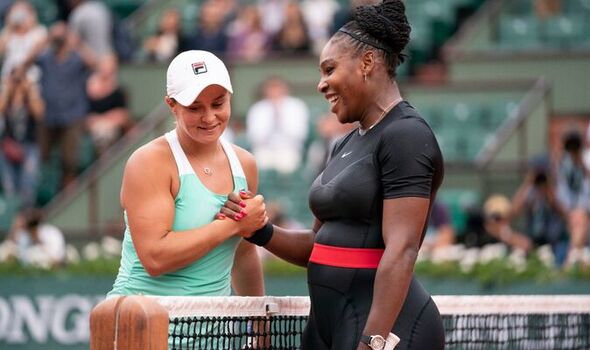 Serena Williams has shared her own retirement update after world No 1 Ash Barty called time on her career. The 25-year-old is the reigning Wimbledon and Australian Open champion but has decided to retire despite sitting at the top of the rankings. Williams has not played since injuring herself at Wimbledon last year and shared whether retirement was something she was also considering.

Barty has won all 11 matches she has played this year, earning her titles in Adelaide and the Australian Open, where she became the first Aussie to win the women’s singles title since Chris O’Neil in 1978. She then announced she would not be playing Indian Wells and Miami but announced her plans to represent Australia in their Billie Jean King Cup tie next month, before the nation was granted direct entry to the Finals when defending champions Russia were banned from the tournament.

It left no more tournaments in the world No 1’s schedule, and on Wednesday she announced she would be retiring with immediate effect. “I don’t have the physical drive, the emotional want and everything it takes to challenge yourself at the very top of the level any more. I am spent,” she told good friend and former doubles partner Casey Dellacqua in a retirement announcement interview.

Players including Andy Murray have led tributes and well-wishes to the 25-year-old, and Serena Williams is the latest star to react to the surprise announcement. “@ashbarty I can’t lie I was sad to read your decision but also happy for your new chapter. Always your fan close up and afar. Sending all my love,” the 23-time Major champion wrote on Twitter.

JUST IN: Draper sets up all-British Miami clash with Norrie as Raducanu watches

The 40-year-old has also recently spoken on her own potential retirement, having not played a match since Wimbledon last year. Williams was forced to retire at 3-3 in her opening match after slipping and injuring herself on the Centre Court grass less than an hour after Frenchman Adrian Mannarino had to retire in his own match against Roger Federer for the same reason.

“I think every tennis player thinks about the R-word [retirement] as soon as they hit five years because tennis is so intense, it’s literally 11 months out of the year,” the current world No 240 told Bloomberg. Speaking about her own future, she continued: “But I don’t know. I’m living for the day and I always tell people, ‘I’m not planning for tomorrow, only in business, and when it comes to tennis, I’m planning just for today.'”

The 23-time Major champion also reacted to Naomi Osaka’s heckling ordeal in Indian Wells. Osaka was left fighting back tears in her 6-0 6-4 second-round loss to Veronika Kudermetova, later telling the crowd that the heckler made her think of the heavy booing Serena received during her 2001 final, with Venus and Richard Williams also subject to it while watching on from her box.

Both Serena and Venus boycotted the tournament for 14 years afterwards. “That was my whole life, was trying to prove people that I was better than that,” the younger Williams sister said. “And that’s what I’m doing now in a different way. I love proving that athletes can turn and have an amazing career.” 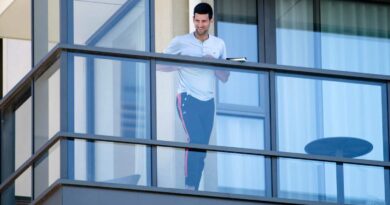