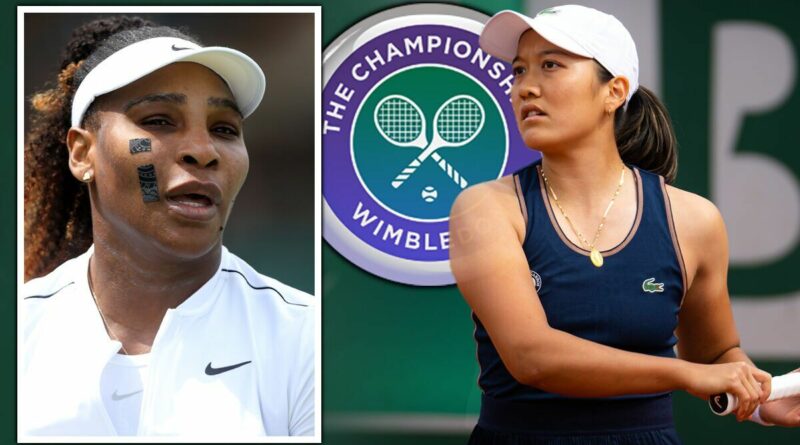 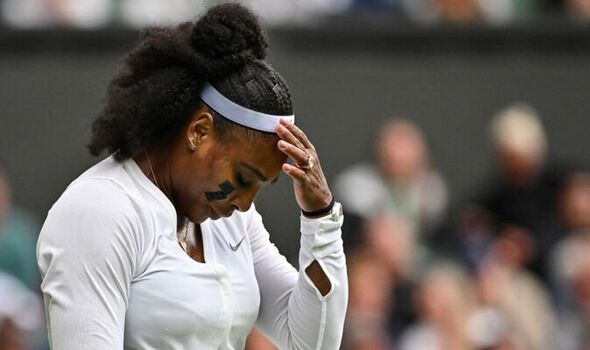 Serena Williams is looking to right the wrongs from last year’s Wimbledon after an injury in the first round saw her campaign end in disaster. The American legend only recently returned after 12 months out and is playing in her first Grand Slam since her unfortunate exit at Wimbledon last time around.

The 40-year-old, who has won seven Wimbledon titles across her illustrious career, may have played little tennis over the last year but still appears to be aiming to go all the way.

“I don’t know. I have high goals, but also — I don’t know. We’ll see. I’m not going to answer that.” Williams, who also refused to rule out this being her last Wimbledon, kicks off her campaign on Centre Court against France’s Harmony Tan.

There’s a loud cheer on Centre Court as Williams wins the first point of the game when Tan sends a return long but the world No 115 suddenly stuns Williams and the crowd with a drop shot winner.

The seven-time champion lets out a roar as her opponent sends another return behind the baseline to put her at 30-15 up but Williams hits a double fault to find herself in trouble again at 30-30.

A winner gives her game point and Tan fails to recreate her drop shot return as Williams gets on the board.

Williams bends over in frustration as she sends a shot wide at 15-30 on the Tan serve to give her opponent two game points.

The Frenchwoman slips on the grass as she returns the ball and the former world No 1 sends a winner down the court to get to 30-40 but Tan holds on to solidify her break and lead 2-0.

With a breeze inside Centre Court, Serena Williams loses the first point of her comeback as she dumps the ball in the net.

Hitting a second error to go 0-30 down, the crowd begins to cheer the 23-time Grand Slam champion on but she takes a ball out of the air and sends it long to immediately find herself facing three break points.

In her return to Wimbledon, the seven-time champion won the coin toss and elected to serve.

Serena Williams has stepped out onto Centre Court for her first singles match in a year.

The 23-time Grand Slam champion retired injured just six games into her first-round match here a year ago and is competing in singles for the first time since. 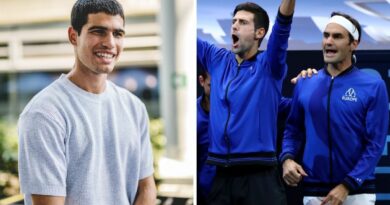 Carlos Alcaraz could be taken under the wing of Djokovic, Nadal, Federer and Murray