An emotional Sam Stosur said her final farewell to professional tennis on Saturday night after a loss in the first round of the mixed doubles marked the end of her 24-year career.

The 38-year-old, who notched up seven grand slam doubles titles and was the 2011 US Open singles champion, said it was “hard to think that it’s over now” as she took in multiple standing ovations from the capacity crowd on court 3 at Melbourne Park. 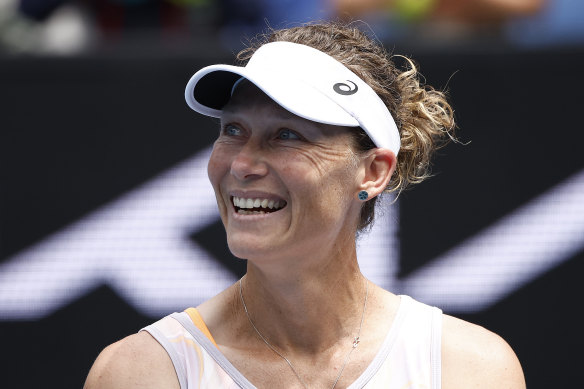 Tennis Australia chief executive Craig Tiley presented Stosur with a floral bouquet and praised her service as not only a champion but a role model and mentor for the next generation of the sport.

“You’ve been an unbelievable inspiration for all of us … anyone who picks up a tennis racquet in Australia and plays the game, the young girls, the young boys,” he said.

It was the final chapter in a long farewell tour for Stosur, who retired from singles competition at last year’s Australian Open, and played her final women’s doubles match earlier this week.

She and countryman teammate Matt Ebden made the final of last year’s Australian Open mixed doubles but weren’t to repeat that run this year, losing in a tie-breaker to Nikola Mektic of Croatia and Demi Schuurs of the Netherlands.

Stosur and Ebden posted a huge comeback in the first set, winning five straight games to take it 6-4, and looked on the verge of another comeback in the 10-point tie-breaker, but even with the aid of the supportive home crowd, they fell short and lost it 10-6.

Gracious in victory and conscious of the weight of the moment, Mektic and Schuurs said Stosur deserved the spotlight. “When I was young she was one of my idols,” Schuurs said.

Stosur broke a 30-year grand slam singles title drought for Australian women by beating Serena Williams to win the 2011 US Open, but has arguably been underappreciated during her career.

She struggled to go the distance at her home slam, though she won the mixed doubles here in 2005 and the women’s doubles in 2019. She is a former world No. 1 in doubles, holding that title for 61 weeks.

Speaking after Saturday night’s match, Stosur said she was blessed to have enjoyed the career she had, and recalled her early days as a junior making her way in a sport her parents did not know or understand.

“The first tournament I was in was a round-robin, and they thought it was called a ‘red robin’,” she said.

Ebden encouraged the crowd into a second standing ovation before Stosur took to the microphone for a final reflection on her tennis career. Though prepared for retirement, Stosur said she would miss the regular interaction with her many friends in the tennis world while on tour.

“That’s actually what makes me the most upset, not being able to go to all these tournaments and see the people that I love as regularly,” she said.

“It’s really hard to put into words. I can’t believe the journey I’ve been able to get on … dreaming as a little kid and to be able to finish here all these years later in front of friends and family and all the Aussie fans who have supported me forever.

“It’s hard to think that it’s over now, but just: thank you.” 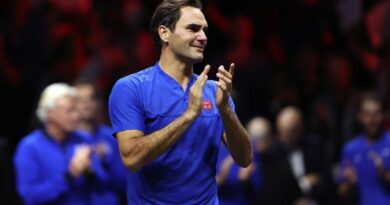 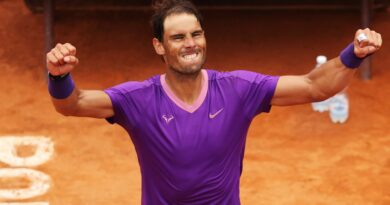 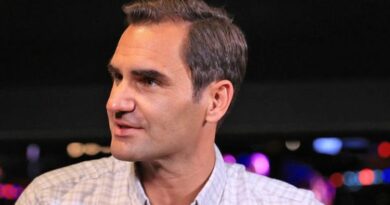