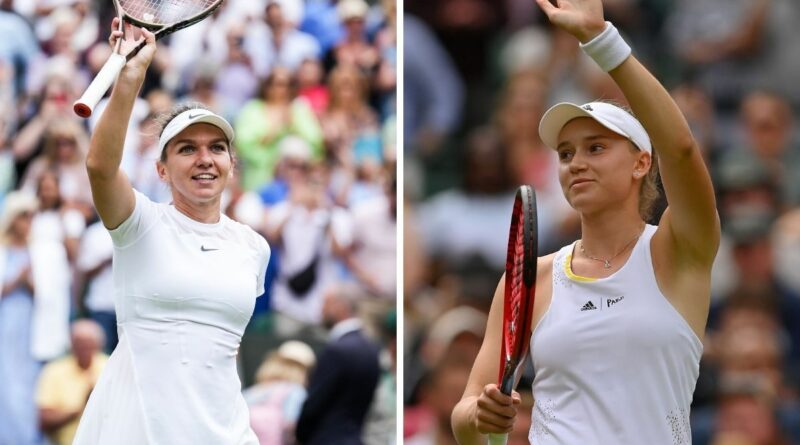 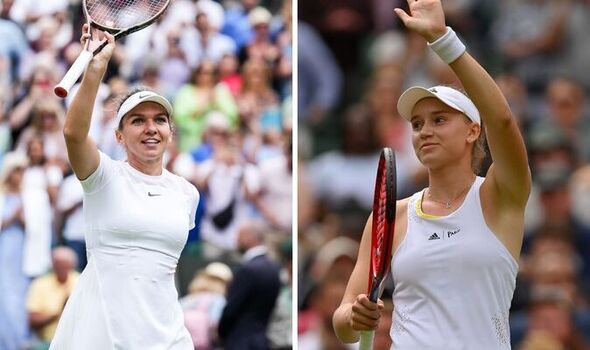 Simona Halep and Elena Rybakina have joined Ons Jabeur and Tatjana Maria in the women’s semi-finals at Wimbledon after both winning their quarter-final matches on Wednesday. Halep, the 2019 champion, blew Amanda Anisimova off Centre Court in just 63 minutes while Rybakina, the 17th seed, came from a set down against Ajla Tomlanovic to reach her maiden Grand Slam semi-final.

It was Tomljanovic and Rybakina up first as they took to Court 1 at 1pm, and the Australian quickly set up three break points in the third game of the match. She blew the first with an error before the 17th seed saved the second with a dropshot winner but Tomljanovic eventually broke to take an early lead at 2-1. Both players held on until the world No 44 sealed the opener 6-4.

But it was suddenly all Rybanika, as the Kazakh set up triple break point in her opponent’s first service game of the second set. She was finally able to break the Tomljanovic serve with a winner after a 14-shot rally but the 29-year-old broke straight back, winning two games in a row herself to level things at 2-2. But it was the start of a huge streak for the 23-year-old, who won four games in a row to take the second 6-2 and force a decider.

And the 17th seed kept her momentum going in the third, quickly taking a 3-0 lead to mark her seventh game in a row – more than a moral bagel for the Australian. Tomljanovic saved another break point to finally snap Rybakina’s streak, getting on the board at 1-3. Rybakina remained relentless at the Aussie was then broken from 40-15 up to allow the Kazakh to serve for the match at 5-1.

JUST IN: Nadal let rip at Kyrgios—‘No respect for crowd, opponent, or himself’ 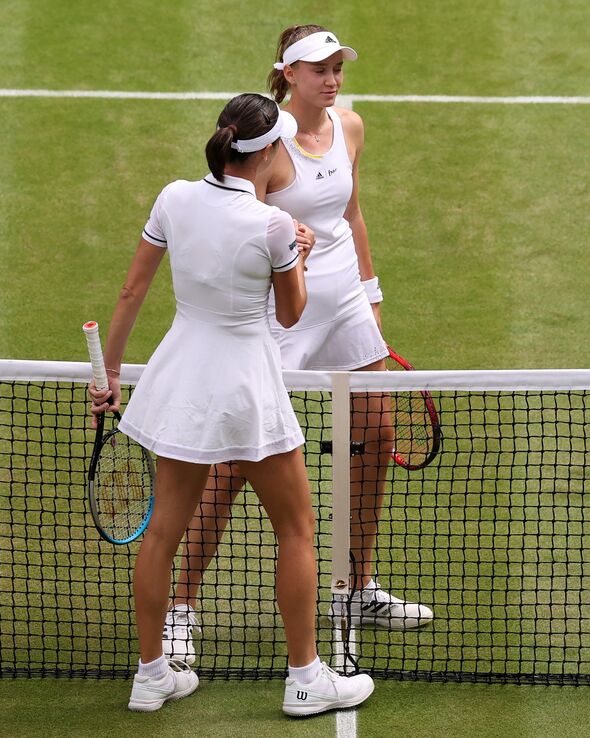 It was the world No 44’s turn to threaten the Rybakina serve once more as the 17th seed found herself facing triple break point while serving for a spot in the semi-final. She rallied back, hitting an ace en route to deuce but Tomljanovic broke back after back-to-back unforced errors from Rybakina.

Suddenly, the 27-year-old found herself facing a match point on her serve at 2-5 after being 30-15 up. Rybakina hit an unforced error to blow her first match point and Tomljanovic followed up with an ace before hitting an error herself to go back to deuce. The mistakes kept coming, this time from the Kazakh to allow Tomljanovic to hold for 3-5. This time, Rybakina suffered no nerves as she served out the match to love, reaching her maiden Grand Slam semi-final with a 4-6 6-2 6-3 win after an hour and 51 minutes.

Meanwhile, Halep and Anisimova stepped onto Centre Court at 1.30pm for what was their fourth meeting, with the Romanian having beat the 20-year-old in straight sets less than two weeks ago in Bad Homburg. And the 2019 Wimbledon champion was just as dominant against the American this time around, racing to a 5-1 lead after securing the double-break. 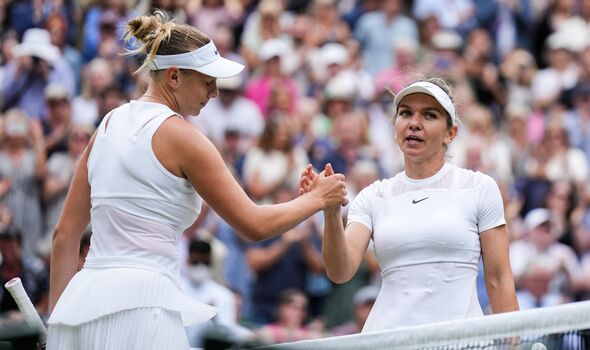 But the 20th seed didn’t go down without a fight, as a series of errors from the Halep racket gifted Anisimova a break back while the former world No 1 was serving for the set. Having secured the double-break cushion, Halep had another chance to close out the opener and took it 6-2 with Anisimova failing to get her serve back.

The second set was a similar story, with Halep once again leading 5-1 after earning two breaks of the Anisimova serve. But the American wasn’t done, as she set up triple break point with the former champion serving for the match and took her third to reduce her deficit to just one break, holding for 4-5.

The 20th seed then found herself at 0-40 on the Halep serve again but this time the Romanian battled back, winning five points in a row – including a 113mph ace – to book her spot in the semi-final with a 6-2 6-4 win, marking her 12th consecutive win at the All England Club after lifting the title in 2019. She will now face Rybakina for a chance to return to the Wimbledon final, three years later. 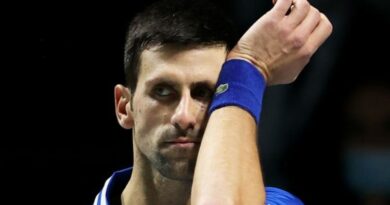