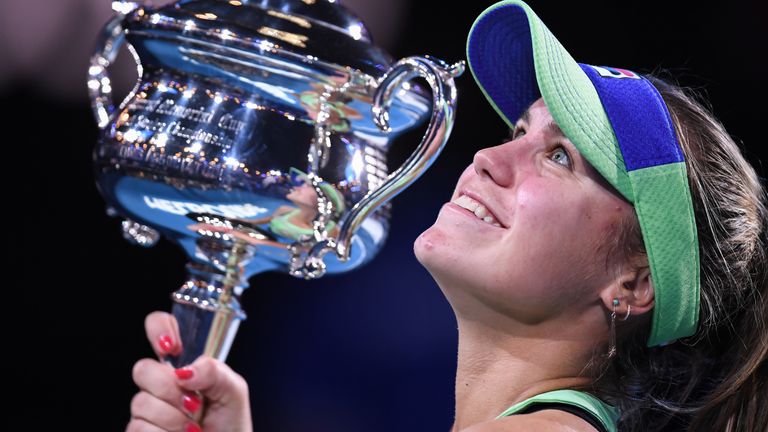 Sofia Kenin says she is on “cloud nine” and “everything is just falling into place” in her career after winning her maiden Grand Slam title at the Australian Open.

Kenin, who follows Naomi Osaka, Ashleigh Barty and Bianca Andreescu as the latest young female player to win a major, is the youngest women’s singles champion in Melbourne since Maria Sharapova in 2008.

The 14th seed, who defeated Serena Williams at the French Open last year, was named WTA Most Improved Player of the Year last season and will climb to a career-high world No 7 on Monday.

Asked how she has built self-belief during her career, Kenin said: “I’ve always had that. I knew I needed to establish myself to get to where I am. All the confidence has come with all the matches that I’ve had, the success I’ve had in 2019.

“Match play has really helped me. All the confidence that I’m getting is because of that. I see that things are happening for me. Everything is just falling into place.”

Kenin, who said her dreams had come true in her on-court interview, added: “Everything’s just happening so fast for me. I’m just still on cloud nine right now.”

She will overtake 23-time Grand Slam singles champion Williams as the top-ranked American player for the first time in her career.

“Everything I’ve done, all the hard work I’ve been,” Kenin said.

“I feel like I’m doing some great things for American tennis. It’s such an honour. “I’ve watched Serena. I’ve been following her, all the slams she’s been winning. It’s a special feeling just to be ahead of her. I’m just super excited.

“I can’t wait to compete, be on the same team with her in the Fed Cup [later this month].”

Kenin, who was born in Russia and moved to Florida as a baby, celebrated her title on the Rod Laver Arena by recognising the influence of her father and coach Alex.

“Yeah, he was like, what just happened? I’m also just on cloud nine. 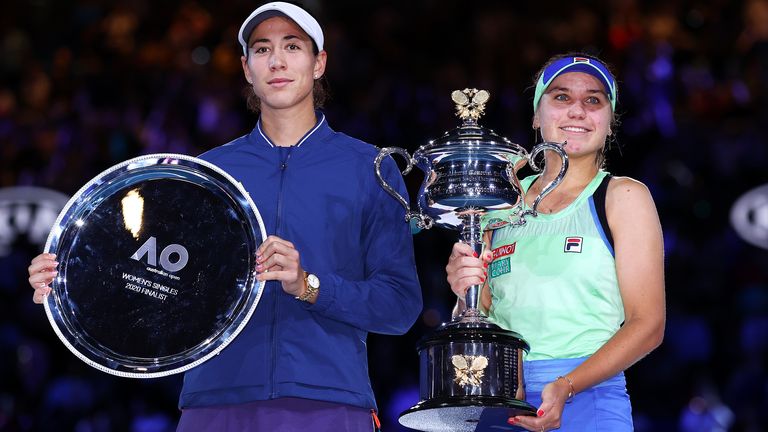 “I still can’t believe what just happened. He’s just so happy. I’m sure he is. You can ask him. His emotions, he’s really happy.

Meanwhile, Muguruza was left to rue a disappointing end to a campaign which saw her return to form and reach a first Grand Slam singles final since she won her second Grand Slam title at Wimbledon in 2017. The 26-year-old recorded three top-10 wins during the fortnight against Elina Svitolina in the third round, Kiki Bertens in the fourth round, and Simona Halep in the semi-finals.

Sofia Kenin on that 2-2, 0-40 game: "I had to be brave playing a two-time Grand Slam champion. All respect to her.

"I knew I needed to come up with the best shot, five best shots of my life. I mean, let's go (smiling). It got me to win a Grand Slam." #AusOpen pic.twitter.com/NQ0LI5lXqM

But it was a frustrating finish to the contest for the former world No 1, having lost four successive games from being 40-0 up on the Kenin serve at 2-2 in the third set.

“I’m not very happy about my performance. I think I had to play better today because she came up with a great level,” said Muguruza, who will be back at world No 16 when the rankings update.

“I think at the important moments I didn’t find my shots. She found her shots.

“I did feel a little bit a lack of energy after so many matches. Physically it was a tough battle out there. Right now it’s tough to be happy, although it has been an incredible tournament. 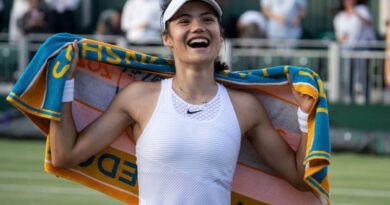 Emma Raducanu: A new star of British tennis is born with victory over Marketa Vondrousova 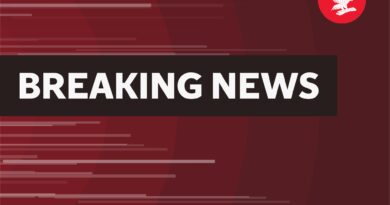 LTA blasted as Andy, Jamie and Judy are left out of glossy relaunch