‘I was not rude to the ball boy’: Spanish star Fernando Verdasco defends himself over towel row in China

Fernando Verdasco found himself cast as public enemy No 1 on social media after a clip of him berating a ball boy during the recent Shenzhen Open went viral.

The Spanish left-hander, who had gestured frantically to be given his towel from the back of the court, was cited as the prime example of how players mistreat children whose main purpose is to pick up and feed the balls.

It has become a hot topic to the extent that next week’s Under 21 ATP ‘NextGen’ finals in Milan will experiment with having towel rails at the back of the court. 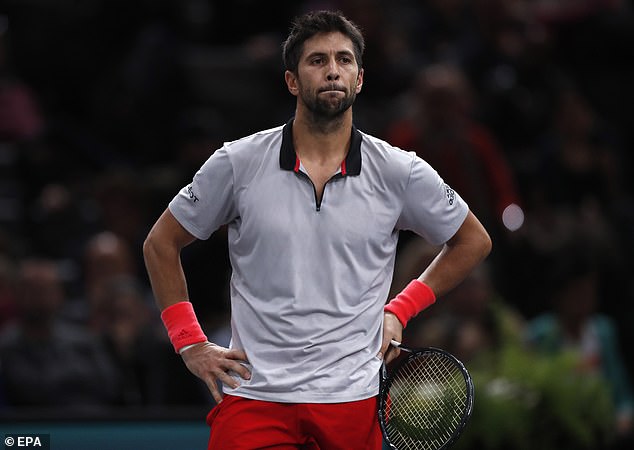 Fernando Verdasco was criticised by players, officials and pundits following the towel row 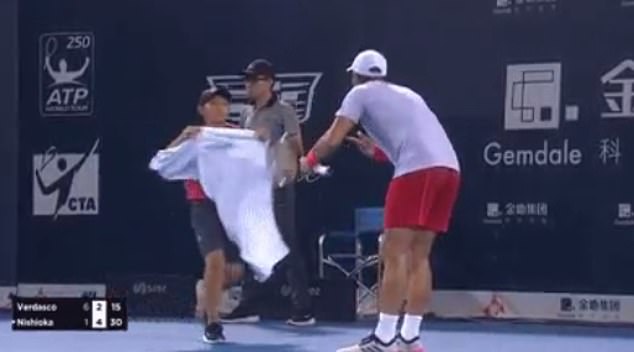 But speaking for the first time about the incident, Verdasco has not only defended himself but also criticised the idea of making players fetch their own towels to wipe down sweat between points.

‘Through history all players do things like that,’ said Verdasco, whose hair trigger temper was on show at the Rolex Paris Masters on Wednesday when he received a warning for an audible obscenity against a line judge.

‘Obviously I didn’t mean to be like that,’ he said of the ball boy episode. ‘But I think with social media there are certain people who sometimes speak too much. I received many messages telling me to apologise – it looks like I did something really wrong to the guy, when it was my way of telling him was that we have 24 seconds (between points). 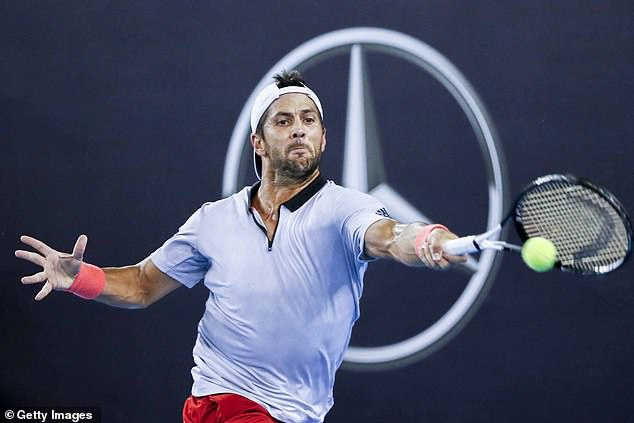 ‘It was superhumid and the kid was obviously not understanding English when I was asking for a towel. When you finish the point at the net, what you cannot do is go running every point to get your towel if you only have twenty seconds rest after a long rally.

‘Of course I understand, and I apologise to all the people who took it so wrong, but it never was my intention to be rude, I just wanted to tell him to be ready to help me, be a little bit faster.

‘It looked like I hit the ball boy, I punch him in the face or I tell him something so rude, but I was just talking fast. Obviously my reaction with the arms was the thing that looked so bad but it was never my intention to be rude or disrespectful. 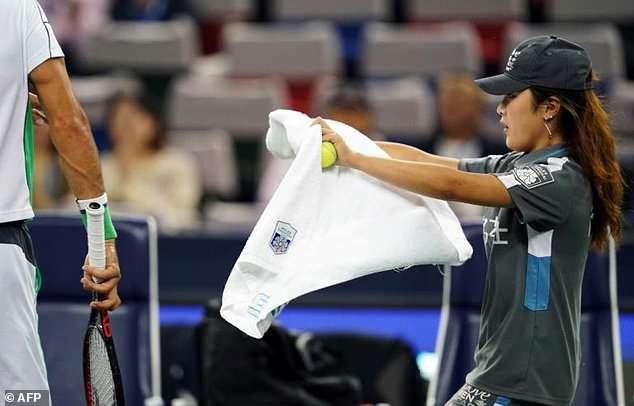 ‘I love ball boys, I always tell them thank you when they help me over fifteen years of my career and maybe one time when I did a bad gesture everyone was killing me.’

In more recent weeks the matter has come into further focus through incidents involving Stefanos Tsitsipas angrily wrenching a new racket away from the hands of a ballkid, and Aryna Sabalenka dropping a water bottle to the floor for it to be picked up. In the past Novak Djokovic has been among high profile offenders.

That is why the ATP Tour are trialling the towel rail as one of the various innovations next week. However, Verdasco does not think it will prove satisfactory.

‘Obviously the player is the one who has the pressure sometimes and maybe they have bad reactions, but I am sure that any of the players, men’s and women’s, when we have a bad reaction with the ball boy, it’s never with a bad intention, it’s just because we have a lot of pressure, we have only 24 or 25 seconds.

‘Sometimes I get warnings because I am not ready when I go to get the towel really fast to take my sweat off because it’s really humid conditions, like it was at US Open or Shenzhen, and you need someone to help you to get your sweat off. I think that they are happy to help, and we are so happy that they help us, so I think that taking this away is something very bad.’ 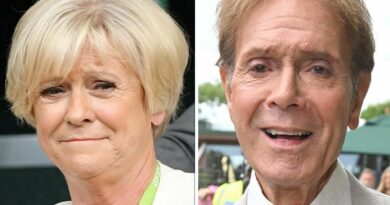 Cliff Richard’s frank admission on Sue Barker: ‘I didn’t love her enough to marry her’