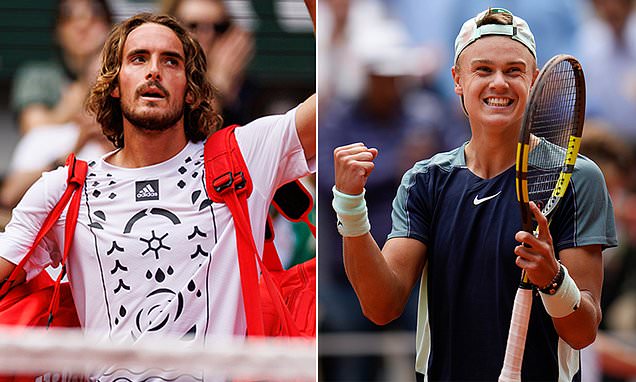 World No 4 Stefanos Tsitsipas CRASHES OUT of French Open to teenager Holger Rune… who becomes the first Danish man to reach the quarter-finals at Roland Garros for 97 YEARS, having not won a grand slam match before the tournament

The Dane, who has improved more than 350 places in the world rankings in the past 15 months, joins fellow 19-year-old Carlos Alcaraz in the last eight, the first time two teenagers made that stage at a Grand Slam since 1994.

‘I have an unbelievable feeling. I was so nervous in the end,’ said a beaming Rune, playing in his first French Open. ‘I was very nervous. I told myself to keep at it and play my plan. I mean it is so great to still be here.’ 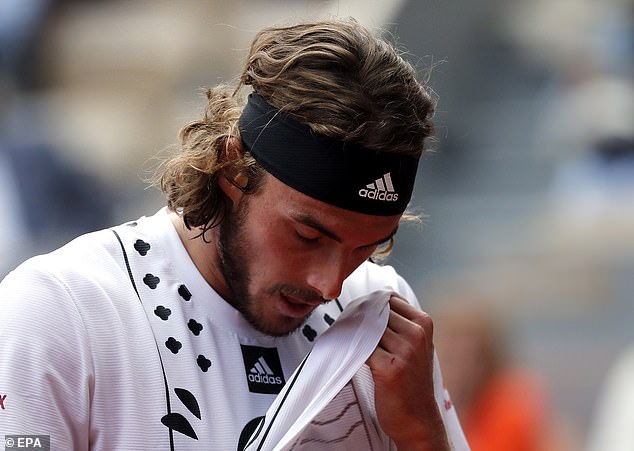 ‘Part of the tactic to play as aggressive as possible when he gets shorter balls he attacks them. I really liked playing the drop shots and it worked out pretty good so I am happy.’

Fourth seed Tsitsipas, hunting for his first ever Grand Slam, started well and broke the Dane to go 3-1 up when Rune’s drop shot was not short enough and the Greek whipped a cross-court winner past him.

Rune, however, broke him twice, clinching the set with a disputed line call that went in his favour.

Tsitsipas did not lose his composure and saved three consecutive break points in the very first game of the second set, powering back to seal it. 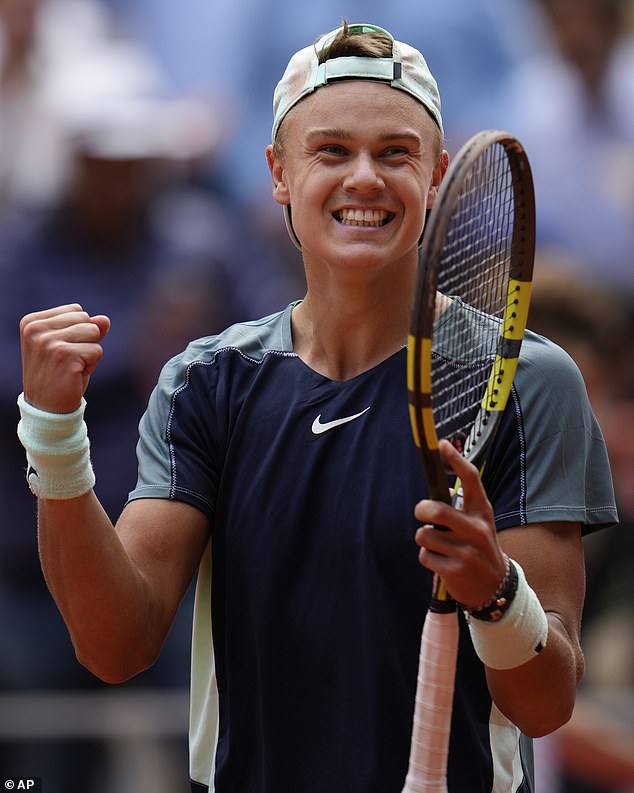 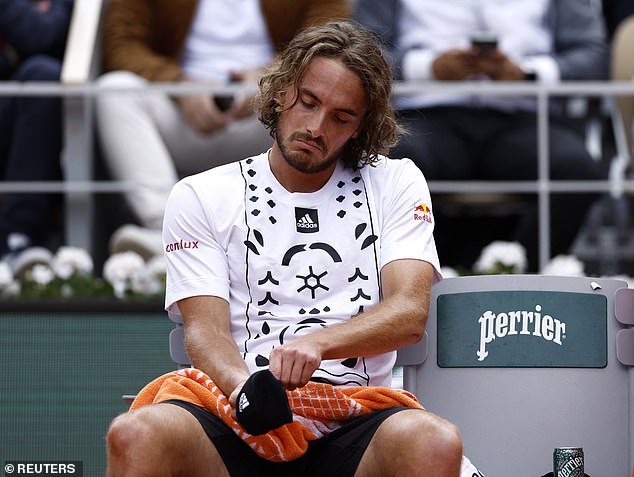 He did slip up though midway through the third when two double faults and two unforced errors handed Rune a key break and the teenager went 2-1 up in sets when Tsitsipas did well to return a Rune smash but then fired a topspin forehand into the net.

The Dane succeeded in getting Tsitsipas out of his comfort zone on the baseline, sending his tall opponent to the net with drop points and stretching him wide off the court with deep cross-court balls.

Rune had three break points at the start of the fourth which the Greek saved but the teen made amends on his opponent’s next two service game to open up a 5-2 lead with a scorching backhand down the line.

He did show some nerves in the end as Tsitsipas fought back to 5-4 and even had break points but Rune made sure of his big win on the first match point just as the clock ticked past the three hour mark.

The 19-year-old, who came into the tournament without a win in a grand slam to his name, is the first Danish man to reach the quarter-finals at Roland Garros since 1925.

Serena Williams chooses ‘Murena’ for her partnership with Andy Murray