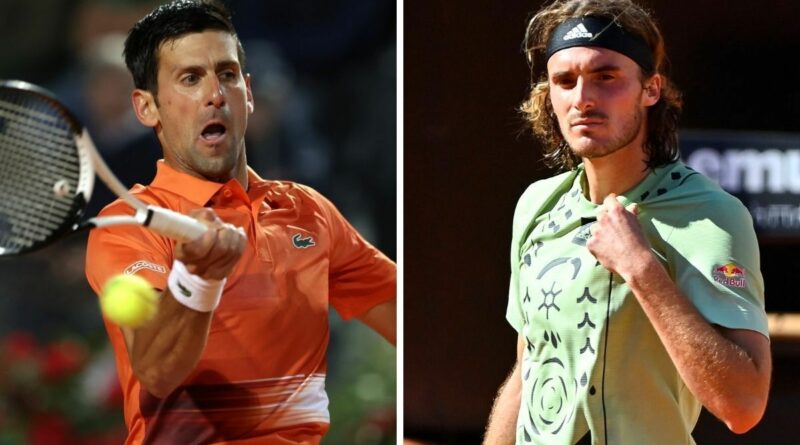 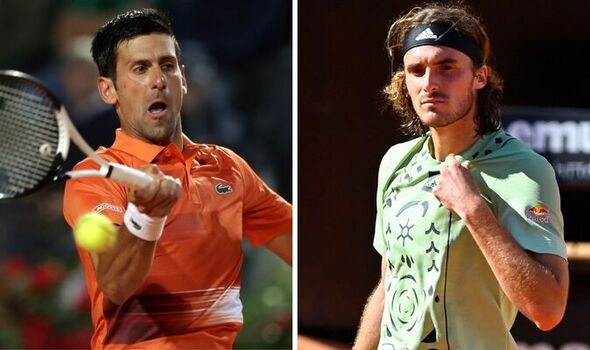 Stefanos Tsitsipas will face Novak Djokovic for the first time since blowing a two-set lead against the world No 1 in his maiden Grand Slam final at the French Open last year. The world No 5 was left devastated by the defeat but will get a chance for revenge in Sunday’s Italian Open final, and has already “completely forgotten” about his crushing last match against the Serb, identifying what went wrong for him in the loss.

Djokovic and Tsitsipas will meet for a ninth time in a bid to win the Rome Masters title on Sunday. It would be the world No 1’s first title of the season, while Tsitsipas is hoping to win a second clay-court masters this year after successfully defending his Monte Carlo title last month.

It will also be their first meeting in 11 months, when the Serb came from two-sets-down to beat the 23-year-old in the French Open final last year, in what was Tsitsipas first and so far only Grand Slam final. The Greek was left crushed after the final, saying: “It’s very unfortunate, very sad in the same way because it was a good opportunity.”

But the first-time Italian Open finalist has since put the defeat to the back of his mind, and in February said: “I completely forgotten about my Roland Garros final. It’s a good achievement but I don’t want to be the guy that holds a runner-up trophy. I wanna be more than that.” The fourth seed in Rome also briefly reflected on the final, identifying what he thought went wrong for him after leading by two sets.

JUST IN: Lopez hits back at Djokovic and Zverev for Madrid Open criticism

“There are things that didn’t work for me after two sets to love up in Roland Garros,” he said ahead of his next final against Djokovic. “I guess I was always pretty stubborn, didn’t want to change, because so far it was working for me, the thing that led me to being two sets to love up.”

And the world No 1 himself was well aware that he had a tough test ahead of him in Tsitsipas after their French Open final. Looking back on the match, he said: “Yeah I mean it was in finals of Roland Garros. Again, another finals against him in one of the biggest tournaments we have in the world.”

Previewing his clash with the world No 5 he said: “He’s definitely in form, the last few years he’s been top two, three clay court players, in general the top two, three in the world but especially on the clay court. Winning Monte Carlo, always reaching final stages of the biggest events on clay so tough match expecting me.

“I think last year, two years ago we played really, really long two-day quarter-final and I can expect a big battle on the court but I’m ready for it.” 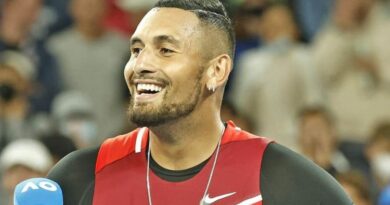