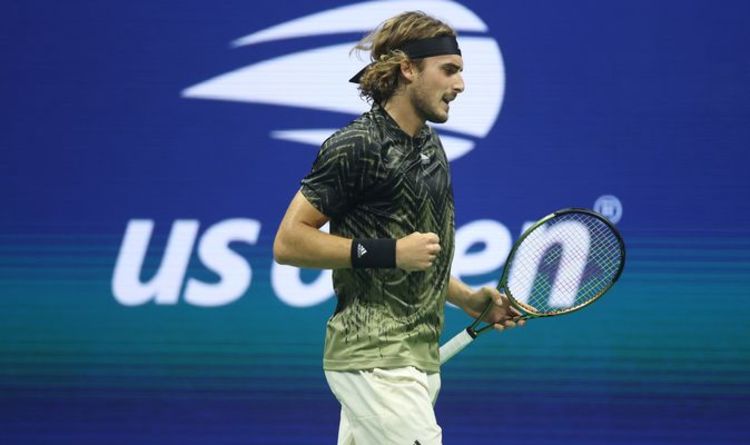 Stefanos Tsitsipas has been branded “unsportsmanlike” after repeating his tactic of leaving the court for a toilet break was greeted by boos at the US Open.

Andy Murray claimed he “lost respect” for the Greek world No 3 and accused his opponent of “cheating” after Tsitsipas left the court for eight minutes during his first round win.

And the French Open finalist repeated the trick after the third set by going off for eight minutes against Frenchman Adrian Mannarino.

Tsitsipas was met with jeers and boos when he came back on court at Flushing Meadows but then won the fourth set 6-0 to close out the match.

Mannarino, who had hit balls to try and keep warm during the break, said: “The players have been talking about it for a long time. For me, a toilet break is just for going to the bathroom. Or if you have to change, Otherwise you don’t go off the court.

JUST IN: US Open match suspended due to Hurricane Ida despite roof being closed

“But if it’s just to break the rhythm, I think the rules are badly done. I read an interview, in Cincinnati I believe, where he explained that it was part of his routine. Obviously, that helps. If you’ve lost a set, you’re upset, you take a break, you breathe a bit, you bring the temperature down.

“I’m not saying it changed the course of the game, but maybe things need to be changed. Because sometimes we take points or warnings for little nonsense, when we do nothing bad like just exceeding 25 seconds to serve. Whereas there, it is sometimes a little unsportsmanlike to leave the court when things are going badly.”

Tsitsipas broke no rules as there is no time limit for toilet breaks.

But Gilles Simon has claimed the new generation of players use the tactic since the shortening of breaks between games to one minute and the stricter application of the 25-second rule before a serve.

The Frenchman told L’Equipe: What I find interesting is that the first to have abused this rule is the new generation: I am going to p*** when I lose a set. When I have played them, I said to them directly, notably against Shapovalov, who went off court when he lost a set against me.

“I got a warning because I once served after 26 seconds but had the right to leave the court for 10 minutes.
Sinner and Medvedev did it to me too.

“And it crystallised when Novak did it at Roland Garros this year. He did not do it obviously before – he had more the habit of calling the trainer.”

The former world No 6, who is confined to a New York hotel room for 10 days after his coach tested positive for Covid 19, added: “This phenomenon has increased at the same time as players are given less time during the match at the change of ends.

“I see a very strong connection. You don’t have time to come back to your senses. The players feel oppressed. It is crazy the stress you can have.

“So what do some players do if things go wrong? They take 10 minutes. And why do young players do it more? Because they have grown up with the new rules where after 26 seconds, the umpire gives you a warning.

“Before, if it wasn’t going well for them, Novak and Rafa took more time before the serve. Today, when it is not going well, the only solution is to say to yourself “I’m off” because you are playing like a robot.” 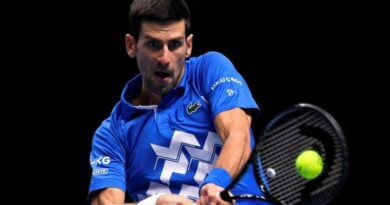