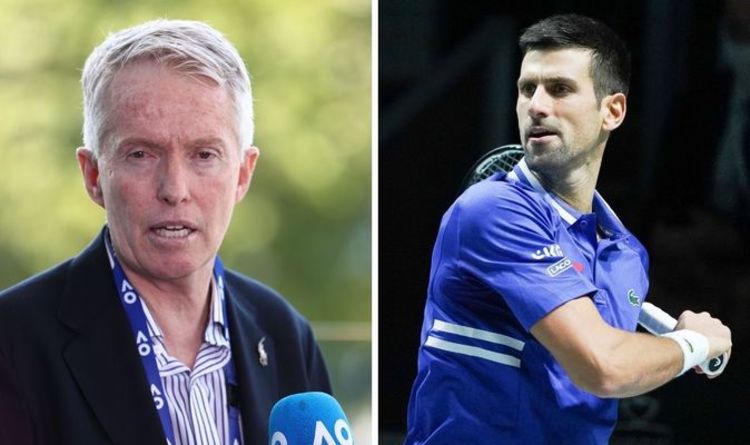 Tennis Australia CEO Craig Tiley has finally broken his silence amid Novak Djokovic’s deportation saga in Melbourne. The organisation granted Djokovic a medical exemption to feature at the Australian Open, but he has since had his visa revoked and is currently being held in an immigration detention hotel.

Tennis Australia has come under fire for allowing Djokovic, a renowned anti-vaxxer, to travel to the country to defend his title with a medical exemption, against Government rules.

Tiley has insisted that the priority is the safety of Australian citizens but admitted he wants Djokovic to play the tournament later this month.

He told 9News Melbourne: “From the beginning of this journey, we have said that what’s of absolute priority is the safety of Australians from anyone coming in from overseas.

“That’s why we went on a journey of vaccination for everyone coming in, and actually, during the US Open, only 50 per cent of the playing group were vaccinated.

“Today, it’s more than 97 per cent [at the Australian Open] – that’s partly due to the efforts we made to get everyone vaccinated.

“However, on the course of this journey, as the introduction of medical exemptions were proceeded with, there was plenty of contradictory information, plenty of conflicting information.

“We were constantly seeking clarity from day one to ensure that we did the right thing and that we were able to bring players into the country with the prime example of everyone being safe.”

“All the information and knowledge we had at the time, we supplied the players [with],” Tiley continued.

“Remember, at the beginning, we were saying the condition in which you can be assured to come into Australia is to meet the requirements of the certain vaccines that were valid in Australia and to get vaccinated with those vaccines.

“And then there’s always going to be a handful of people, as it would be with people normally coming to Australia, not just tennis, that require medical reasons exemptions.

“We worked closely with the Victorian government to ensure that was actually two panels, two processes that only a small handful of people had to go through in order for them to be exempt. That was done and managed through the state government.”

Tiley concluded by expressing his desire for the situation to be resolved and Djokovic to pursue his record-extending 10th Australian Open title later this month.

He stated: “I would like to see him [Novak Djokovic] play at the Australian Open.”

‘This is her last chance’: Why Wimbledon now looms large for Serena Williams 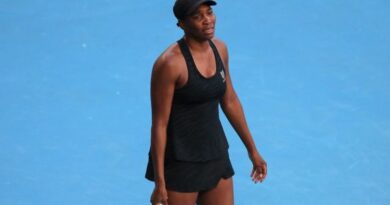