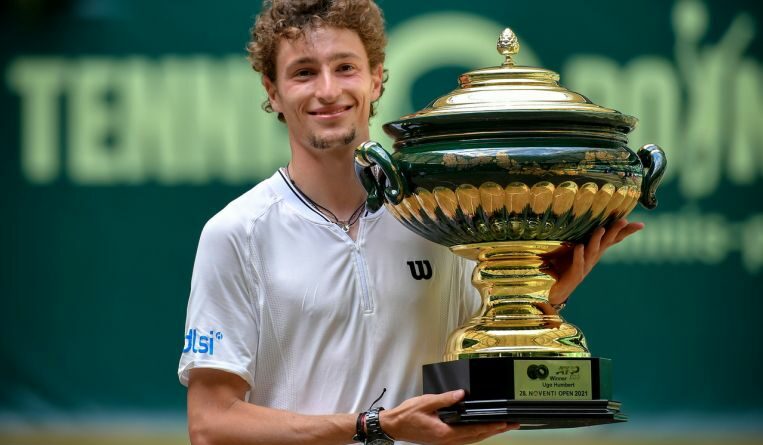 Humbert stepped up his Wimbledon preparations by producing a clinical display, winning 85 per cent of his first-serve points and hitting nine aces to extend his perfect record in ATP tour finals to 3-0.

After a fairly even start to the match, Humbert took control with his blistering forehands to break his fourth-seeded Russian opponent for a 5-3 lead.

Humbert, ranked 31st in the world, went on to save two break points to close out the set before both players struggled to gain an upper hand in the second set.

Both players entered the second-set tiebreak without facing a single break point but it was Humbert who took his opportunities at the net to secure victory in just under one-and-a-half hours.

Despite the defeat, Rublev will rise up to third in the Race to Turin for a place in the ATP Finals in November. The 23-year-old is only behind world No. 1 Novak Djokovic and Stefanos Tsitsipas.