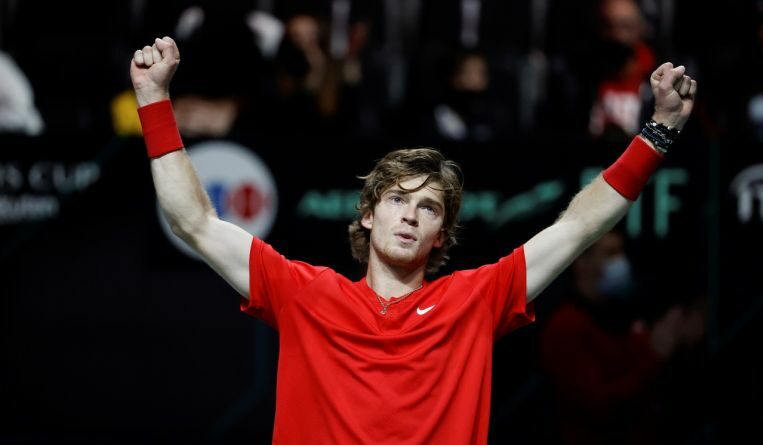 Rublev smashed down six aces in the first set in Madrid and world No. 58 Koepfer wilted remarkably as the Russian broke at every opportunity in the second to wrap up the opening match in 49 minutes.

Rublev’s ruthless performance was a marked improvement from his quarter-final match against Elias Ymer when he won the first set but missed several break point opportunities in the second and was taken to a decider.

“The difference today was compared to other matches (where) I was feeling I’m winning quite easy, I don’t need to (put in) much effort, and in the end I was completely relaxed. I was giving up to the other guy,” he told a news conference.

“Then they start to play better, start to shoot better. Then I was losing or winning in three sets.

“The difference today was since the beginning, I was pumped, (focused) more on winning, to play as better as I can, to not give any hope.”

Germany’s task in trying to remain in the tie does not get any easier with Jan-Lennard Struff coming up against US Open champion Daniil Medvedev in the second singles rubber later on.

Both countries are vying to reach the final on Sunday against 2018 champions Croatia, who overcame a Novak Djokovic-led Serbia on Friday.

Wimbledon 2019 – women’s singles: Serena Williams and Johanna Konta into second round as Garbine Muguruza crashes out 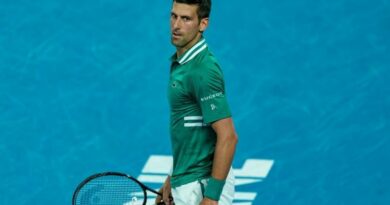