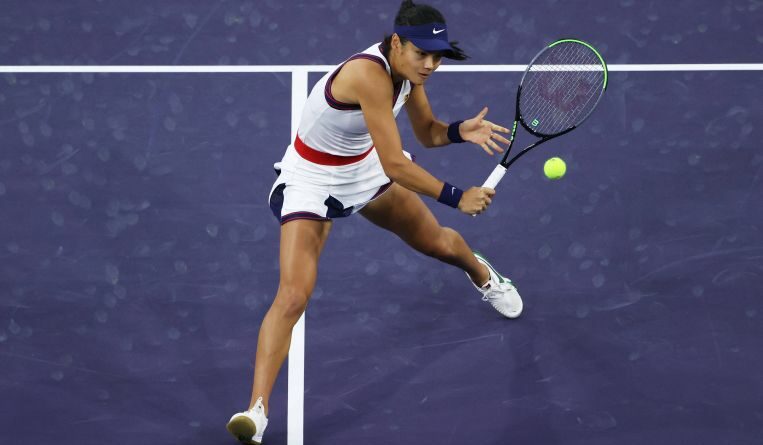 INDIAN WELLS, CALIFORNIA (AFP) – Emma Raducanu crashed out of the WTA Indian Wells tournament in the second round on Friday (Oct 8), losing 6-2, 6-4 to Aliaksandra Sasnovich in her first match since her stunning US Open triumph.

On Sept 11, the 18-year-old Briton shocked the tennis world at Flushing Meadows by becoming the first qualifier to win a Grand Slam title.

But on Friday, she looked rusty in her first match since that win.

Raducanu won the first game of the opening set, but it was all Sasnovich after that in their first career meeting.

“There is going to be disappointment after any loss,” Raducanu said.

“Going into the match I didn’t put any pressure on myself because in my mind I am so inexperienced. I am 18 years old. I need to cut myself some slack.

“You could tell she was more experienced than me and she went out there and executed her game plan better than I did.”

The unseeded Sasnovich won three straight points to reach 40-0 in the final game, then clinched the match when Raducanu hit a backhand long.

The Belarusian blasted one ace and won 67 per cent of her first-serve points, taking advantage of Raducanu’s soft second serve and inability to hit winners on easy shots.

“I really enjoy playing here,” she said. “Emma just won the US Open and I lost there in the first round. So it was a little bit different.”

The 27-year-old moves on to the third round where she will face 11th-seeded Simona Halep, a former world No. 1 who has won two Grand Slam titles.

‘Take it as a lesson’

Sasnovich won the first set easily, accomplishing something that no one at the US Open had been able to do – Raducanu claimed the title without dropping a set, having won 10 straight matches in Queens.

Sasnovich clinched the first set with a high lob from the baseline after Raducanu botched an easy volley at the net that she hit directly back to her opponent.

Serving in the set’s final game, Sasnovich took a 40-30 lead with an ace down the middle.

Raducanu hit a backhand winner to level it 40-40 but another unforced forehand error by Raducanu made it advantage Sasnovich.

“I am glad what happened today happened so I can learn and take it as a lesson,” Raducanu said. “She’s got more experience than me. She has been 4-2 down hundreds of times.

“It is my third WTA tournament this year. Just got to not rush it and get my head back to the drawing board.”

The Briton had four double faults and won just five points on her second serve.

Before Raducanu’s unexpected elimination, the rest of the title contenders in the deserted Indian Wells gained wins without much trouble.

Fernandez, who has an Ecuadorian father and is ranked 28th, will play the next round against Russian Anastasia Pavlyuchenkova, ranked 13th.

The 34-year-old Scot will now meet 18-year-old Spaniard Carlos Alcaraz, who also shone at the last US Open. 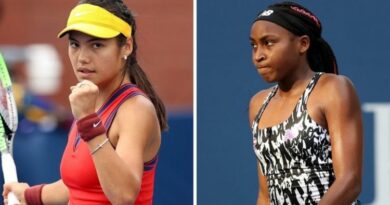