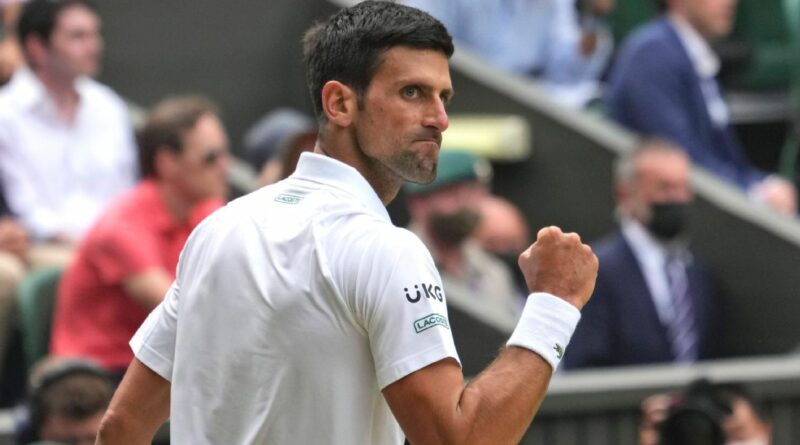 As Novak Djokovic begins the final stage in his quest for the coveted Grand Slam, Rod Laver will be as eager as anyone to see the world No. 1.

Victory for Djokovic in New York would not only give him a men’s record 21st major title, but would also make him the first man since Australian Laver in 1969 to win the Australian Open, French Open, Wimbledon and US Open in the same year.

Australian Margaret Court (1970) and German Steffi Graf (1988) are the only other players in the Open era to complete the Grand Slam. It has eluded even tennis’ great players over the past three decades.

“It is amazing, when I look at the players who have competed over the past 50 years, whether it was [Jimmy] Connors, John McEnroe, Boris Becker, Pete Sampras or Roger Federer, [Rafael] Nadal and Djokovic in today’s era,” Laver said to ATPTour.com in 2019, the 50th anniversary of his calendar Slam.

“[But] years ago, a lot of people didn’t look at the four major tournaments as a Grand Slam. Some didn’t like going down to play in Australia in December or January. Maybe it was the circumstances that they didn’t feel the impact of what the Grand Slam was.”

For Djokovic to be in this position at the age of 34 is little short of remarkable. Laver was 31 when he won the Grand Slam, and he never reached another major final afterward. In 2019, Laver said his motivation was still there, but a lingering elbow injury began to affect him.

Like Federer and Nadal, Djokovic has pushed the boundaries of what is considered possible. In 2016, after his Roland Garros victory, the Serb held all four majors at the same time (having won two in 2015). Unlike his two biggest rivals, he now has a very real chance at tennis immortality by doing it all in the same year.

Mats Wilander (1988), Jim Courier (1992) and Djokovic himself (2016, 2021) are the only men to win even the year’s first two majors. Djokovic is the only man to win the first three majors since Laver, and he’s the favorite again in New York.

Having avoided some of the more dangerous floaters in the early stages of the draw at Flushing Meadows, Djokovic will hope to ease through the first week in the face of what could be unbearable pressure on his shoulders.

When Laver won in 1969, his victory came a few weeks after man had walked on the moon for the first time. Winning the Grand Slam did not quite have the same gravitas; The New York Times headline of the day was simply, “Twice is Nice.”

Cliff Drysdale, a contemporary of Laver’s and a longtime commentator with ESPN, said Laver had a couple of advantages over Djokovic in terms of the obstacles in his way.

“It was expected that Rocket [Laver] was going to win almost every tournament that he played in ’69, which he did,” Drysdale told ESPN. “But there wasn’t all the hype about winning the Grand Slam, all four in one year, it just was nowhere close to what it is today.”

Drysdale had beaten Laver at the US Open in 1968 on what he called “really bad grass at Forest Hills,” but the following year, he had no doubt Laver was going to win.

“Tennis is one on one, it’s like boxing, it’s mano a mano,” he said. “It has always given rise to dominant players. Once you start to dominate the field, it’s easy to dominate. And that’s what happens almost all the time.

“He totally dominated the year and it was Open tennis, too, so there was no excuse — everybody who was eligible was playing in all those tournaments.”

Laver had won the Grand Slam once before, in 1962, as an amateur. His wife, Mary, was expecting their first child, due on US Open finals day. What was being written about his quest for the Grand Slam in the newspapers at the time passed him by, part of a conscious decision to stay focused.

But Djokovic’s every move will be scrutinized on social media as observers try to spot any weakness. Will there be a hangover from the Olympics, where he missed out on a medal? Or will something bizarre happen like in 2020, when he was defaulted after he inadvertently hit a lineswoman with a ball?

When Laver won his two Grand Slams, three of the four majors were played on grass, with the clay courts of Roland Garros the only outlier. Half a century on, only one is played on grass and tennis has never been more physical, putting Djokovic’s achievements into perspective.

“I would say that is a much tougher assignment than it was in those days,” Drysdale said of the Grand Slam. “Playing on grass was much easier than playing on hard courts. The fields were not as deep as they are today. A lot of players didn’t go down [to Australia]. So it was, in a lot of respects, easier to win the Grand Slam in those days than it is today. That said, [Laver] also won it in ’62. And if he’d played in all the years between ’62 and ’69, you’ve got to believe that he would have won a lot more.”

Laver lives in California, but the USTA said he is set to attend the US Open during finals weekend. Should Laver hand the trophy over to Djokovic on Sept. 12, it would be the icing on the cake.

Coronavirus: USTA has not ruled out US Open date switch 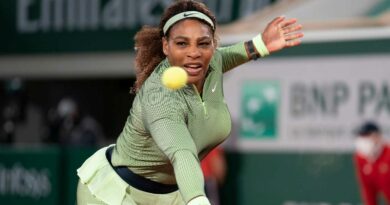