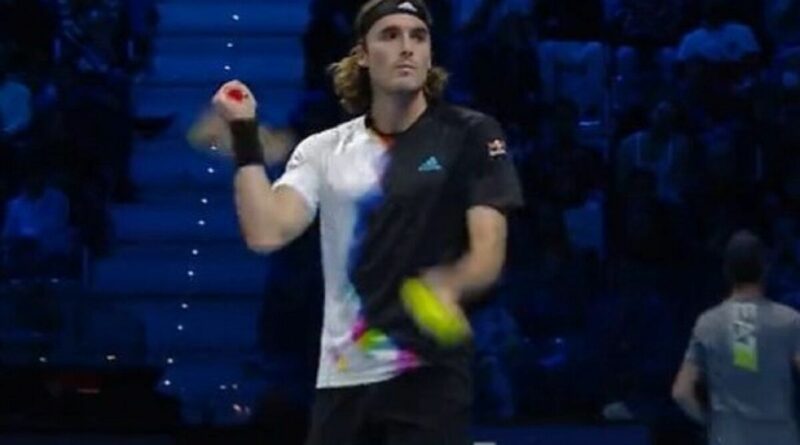 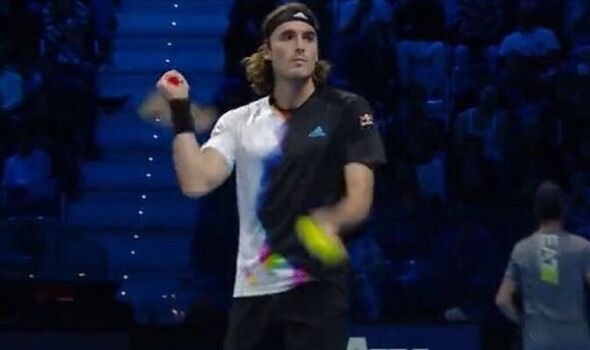 Stefanos Tsitsipas has been told that his family needs “therapy” after tempers flared during his ATP Finals loss to Andrey Rublev. The world No 3 was spotted whacking a ball in the direction of his parents after they had a spat mid-match and Jim Courier now believes their input is “hurting” Tsitsipas.

Tsitsipas’ season ended with a defeat in his final round-robin match at the ATP Finals on Friday as he was defeated by Andrey Rublev from a set up, allowing the Russian to advance to the semi-finals while the second seed ended the week with a 1-2 record in the group stage. The match appeared to turn in the final set when the Greek’s parents had an argument in his box and Tsitsipas ultimately lost 3-6 6-3 6-2 after hitting two double faults in one game following their outburst.

The 24-year-old was captured hitting a ball in the direction of his box as his mum vented her frustration before his dad and coach Apostolos told her to stop. Jim Courier has now shared his sympathy for the nine-time title winner as he urged the family to seek therapy.

“My main takeaway from this is a little bit of feeling of empathy for Stef Tsitsipas,” the former world No 1 told Tennis Channel. “Things that are out of his control are impacting him. His family, they’re so invested in his success. They want so much for him, they want to help him from the sidelines but they’re just hurting him, and it’s hurting his chances to play great tennis.”

The American also noted that Tsitsipas didn’t want the excessive input he was receiving from his team during matches as he continued: “We saw how he threw his serve away with two double faults, he got lost in the match when his parents started jawing at each other. I just feel for the kid because Stef seems like a good guy to me and he’s said time and time again he doesn’t want the input from the bench but they give it to him anyway.”

And Courier went as far to suggest therapy, adding: “It seems like they need a therapy session to figure it all out. Because they all want the same, they want their kid to do well, of course they do. It’s just not working, the way it’s going about right now it’s just hurting more than it’s helping.”

Tsitsipas himself didn’t address the incident after the match, and instead had a different assessment of why and how he lost to the world No 7. “I was serving well. I found the spots, you know? I mean, he’s a good returner. Nothing to take away from him. He played a lot of returns in. I tried to mix it up at the end,” he explained afterwards.

“I didn’t really feel threatened. I just wanted to try something new, to see if it might work, throw him off a little bit. Yeah, we had a very long game towards the end where I kept trying new things. I can say things were coming off the racquet pretty good from his side.”

And the second seed in Turin also made a salty dig at his opponent’s game as he claimed: “It’s a shame. I feel like the better player. I felt like I could do more with the ball today. I felt like I could just be much more creative. I don’t even have to say that. I think it’s quite obvious. But, yeah, he prevailed with the few tools that he has. He was able to really take advantage of them and win today.” 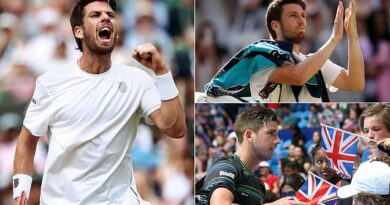 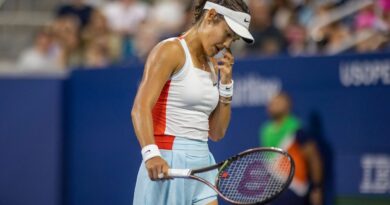 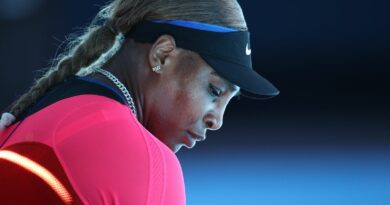