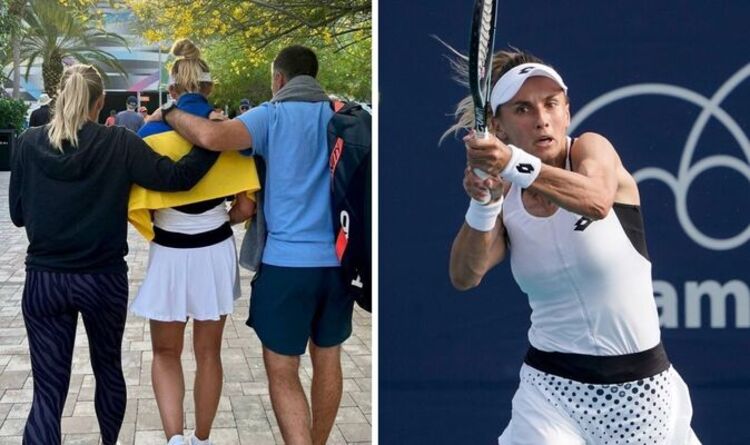 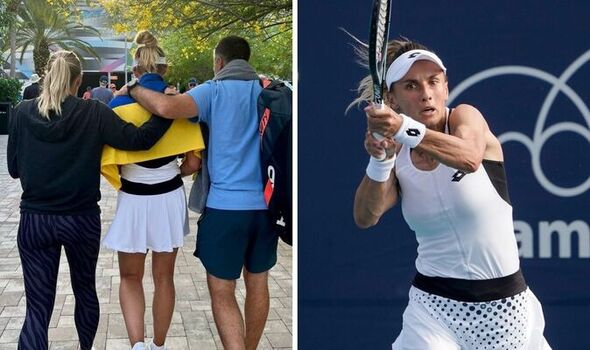 Ukrainian tennis player Lesia Tsurenko has shared a heartbreaking message after admitting she has nowhere to go amid Russia’s invasion of her country. The world No 135 has been on the road competing in Indian Wells and Miami before heading to a 125k event in Marbella but has no tournaments left in the near future and is unable to return to her home of Kyiv.

Tsurenko has been on the road since Ukraine was invaded by Russia, competing in Guadalajara at the end of February before moving onto the ‘Sunshine Double’ of Indian Wells and Miami. She failed to make it out of the qualifying event in the Californian desert, retiring at 3-3 in her second match agaisnt Kaja Juvan but reached the Miami Open main draw as a lucky loser, where she lost to Yulia Putintseva.

After losing a tight match to the Kazakh 7-5 in the fifth, it was back to Europe for the 32-year-old as she entered the WTA 125k event in Marbella. It was another early loss for Tsurenko as Oceane Dodin defeated her 6-4 7-6(5) in the first round on Tuesday, and the end of her difficult month playing matches while worrying about her home country.

It marks the end of Tsurenko’s hard-court swing, with no tournament until the clay begins next month, but unlike most players the Ukrainian now has nowhere to go in her time away from the tennis tour with her home country currently in the midst of war after being invaded by Russia.

JUST IN: Kyrgios confronted by court invader after smashing racket in anger

The four-time title winner has now shared an emotional message on Twitter, admitting she has nowhere to go after finally getting a break from arguably her most difficult period on a tennis court, attempting to compete while worried about her home.

“After the worst month of my life with constant headache, panic attacks and guilt over the war in Ukraine, I face a new challenge… as a player based in Kyiv, I have nowhere to go,” the former world No 23 wrote after her loss on Tuesday, alongside of a photo of herself wearing a Ukrainian flag while being comforted by her team. “Now every Ukrainian has his own nightmare story…Where should I go?”

Tsurenko’s poignant words come after one of her compatriots admitted they would be taking time away from the tour, admitting she had been spurred on to compete through injury while watching the strength of her fellow Ukrainians. Former world No 3 Elina Svitolina announced the news earlier on Tuesday, confirming she would be missing the upcoming Billie Jean King Cup tie as well as the first few events of the clay season.

“It’s been an extremely difficult couple of months for me, not only mentally but also physically,” the 2018 WTA Finals champion wrote “For a quite long time I’ve been struggling with my back. The pain didn’t let me prepare for the tournaments at my best. Meanwhile, observing with unbearable pain in my heart what is happening in my homeland Ukraine and with how much bravery and courage our Ukrainian people are defending our country, this gave me a huge push to continue and fight on court.

“Now, my body can’t handle it anymore and I need to rest. Therefore, I’m sad to announce that I will be missing Fed Cup and few of my favorite tournaments in Europe. But I’m sure, I will see you around soon! Thank you all for your support in this challenging period”. 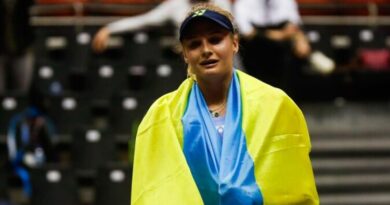 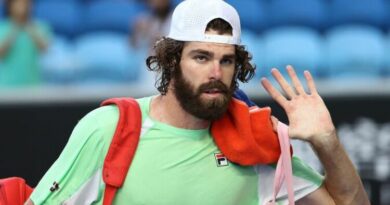