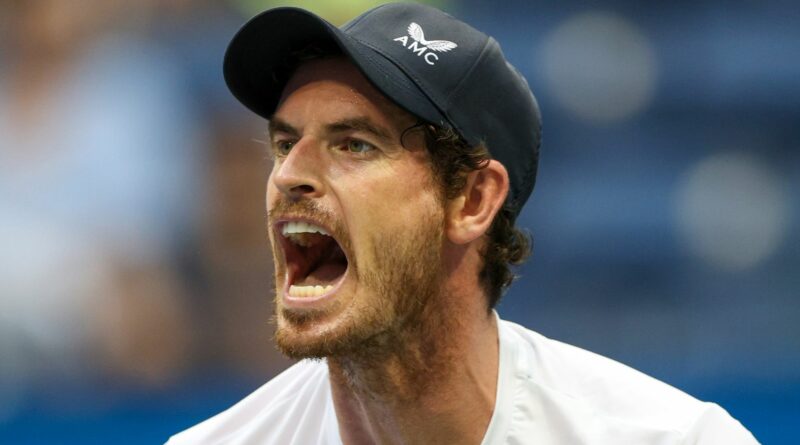 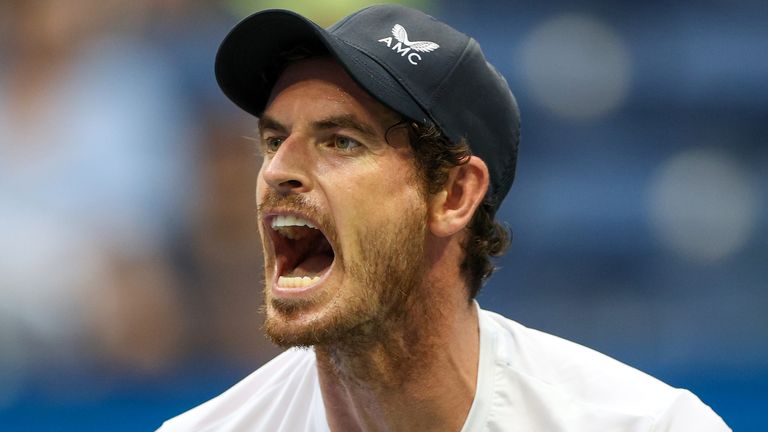 Andy Murray rolled back the years to thrill spectators at the US Open once again, but despite an heroic effort, it was third seed Stefanos Tsitsipas who claimed a thrilling five-set, near five-hour epic on the opening day.

Murray, currently ranked 112 in the world as he continues to battle back from the hip surgery he underwent more than two years ago, got the sort of draw many would have feared against Tsitsipas – a player who reached the French Open final earlier this year.

The tournament may have kicked off without several of the sport’s biggest names, but the 2012 champion in New York turned back the clock to give the Greek third seed a serious first-round scare in sweltering conditions, eventually falling to a 2-6 7-6 (9-7) 3-6 6-3 6-4 defeat.

He'll never give up.

The Scot served exceptionally well to sweep through the opening set and give spectators on Arthur Ashe Stadium, who missed out last year due to the coronavirus pandemic, something to cheer.

Things could have got even better for the 34-year-old former world No 1 had he taken two set-point chances in the second set tie-break.

Tsitsipas rallied to level the match, leaving Murray, whose socks and trainers were soaked due to the intense humidity, to dredge his way back to the locker rooms for a complete outfit change.

Murray is such a legend. However, this turns out, the fact that he’s going after the number 3 player in the world after all of it is insane. He literally has a metal hip ….. respect

Murray headed into this Grand Slam with “low expectations” blaming a lack of consistency. He had made early exits in Cincinnati and the Winston-Salem Open, but his form against Tsitsipas had come completely out of the blue.

He rebounded in brilliant fashion at the start of the third set, playing instinctively to move one set away from his first win over a top-three player since the 2016 ATP Finals. However, the Greek made sure there was more to come as we headed into a deciding set shootout after he clinched the fourth.

The three-time Grand Slam champion had the New York crowd firmly on his side as the underdog, but it was the 23-year-old who broke Murray’s brave resistance.

Afterwards, Murray said he had lost respect for Tsitsipas after bowing out tournament.

The 34-year-old Scot was livid at the lengthy bathroom breaks Tsitsipas was taking between sets and demanded more should be done to clamp down on the “nonsense”.

Murray said: “It’s not so much leaving the court. It’s the amount of time.

“It’s just disappointing because I feel it influenced the outcome of the match. I’m not saying I necessarily win that match, for sure, but it had influence on what was happening after those breaks.

“I rate him a lot. I think he’s a brilliant player. I think he’s great for the game. But I have zero time for that stuff at all, and I lost respect for him.

“That’s what I feel. But if everyone else feels like that’s totally cool and there’s no issue with it, then maybe I’m the one being unreasonable. But I think it’s nonsense. And he knows it, as well.”

That is why we love this game so much ! Two brave great Champions. @usopen

Tsitsipas denied bending the rules with his bathroom breaks, saying: “I played by the guidelines, how everything is. I don’t know how my opponent feels when I’m out there playing the match. It’s not really my priority.

“As far as I’m playing by the rules and sticking to what the ATP says is fair, then the rest is fine. I have nothing against him. Absolutely nothing.” 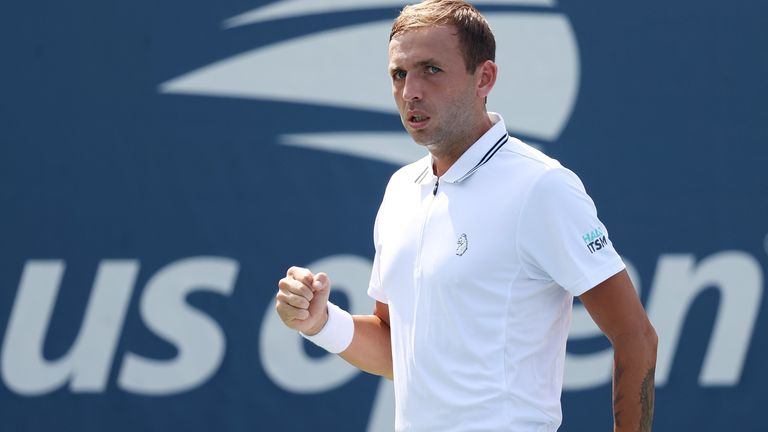 “I was playing better than I had been, but physically I wasn’t feeling great. I had a pretty bad headache – that’s something that I’ve never had before,” said Evans.

“I think the lack of matches in my legs played a big part and made me feel tired – at least that’s what I hope it is.

“Usually I enjoy playing in hot and humid conditions and I feel that I am pretty good in those conditions, but today I wasn’t. I don’t know if it is because I haven’t played a lot and I am not very fit at the minute or if it is the lasting effects.

“I got through and did a good job and I would probably say I was the better player.”

Evans will play world No 64 Marcos Giron in the next round after the American knocked out France’s Antoine Hoang 6-3 6-4 7-5. 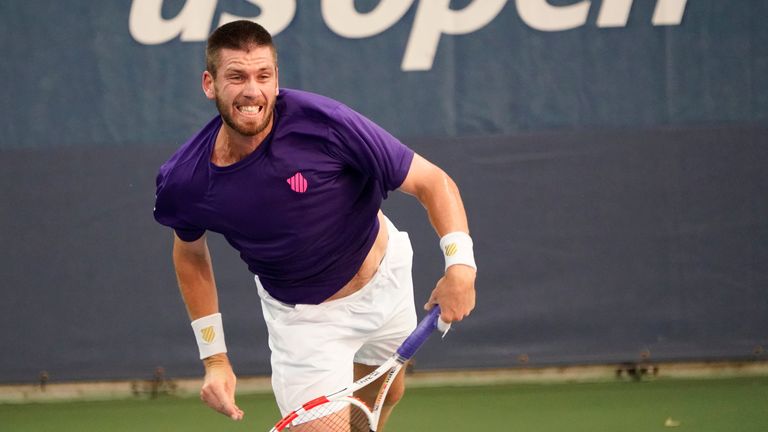 British No 2 Cameron Norrie found Spanish teenager Carlos Alcaraz too hot to handle as he tumbled out.

Norrie has enjoyed such a successful 2021 that he was seeded 26 at Flushing Meadows.

Heather Watson’s tournament is over after she suffered a straight-sets defeat in the first round, losing 6-1 6-4 to Kaja Juvan.

The second set was much more of a contest, but the Briton lost her serve in the seventh game and it proved decisive. The match seemed to turn on a medical time out following the seventh game of the second set. Garcia broke serve to lead 4-3 before Dart left the court to receive some attention.

She returned with her left thigh heavily strapped and her opponent went on to level up the match. Garcia then raced into a 4-0 lead in the decider before serving out the match.