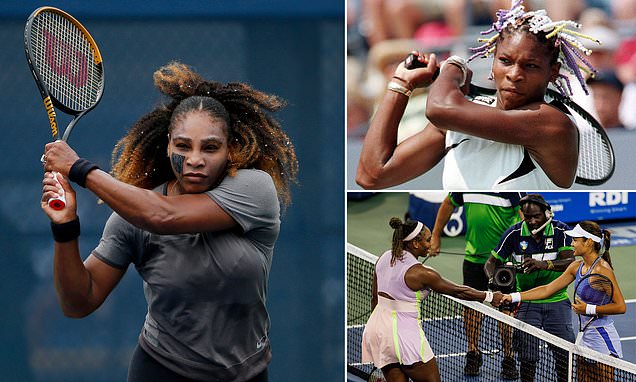 Whatever the result on Monday night, the US Open will put on a farewell ceremony for Serena Williams as she brings the curtain down on her glittering career.

Williams will play Danka Kovinic on Arthur Ashe in the evening session, the standout tie in the first day of the US Open.

The 40-year-old Williams, a 23-time Grand Slam winner, is expected to retire after her home major, meaning Monday’s match could feasibly be her last in singles competition if she were to lose.

And according to the New York Post, the 23,800 sell-out crowd will watch on after her match as US tennis pays tribute to her stunning career.

The publication adds that Williams will around 100 guests on hand, comprising of family and friends, to watch her in action.

Williams heads into Monday’s match with a 1-3 record since returning to action at Wimbledon earlier this year. 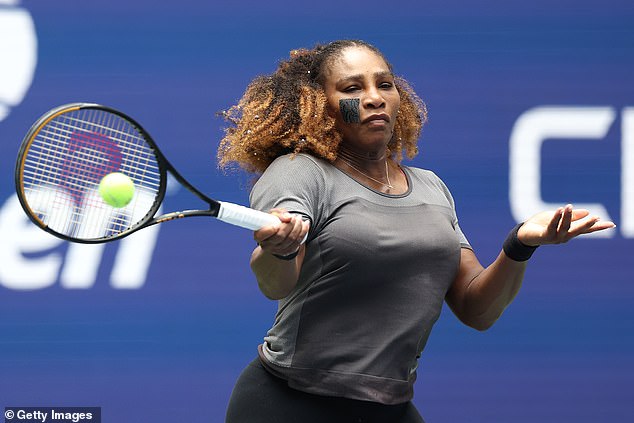 The US Open will pay tribute to Serena Williams on Monday, whether she wins or loses 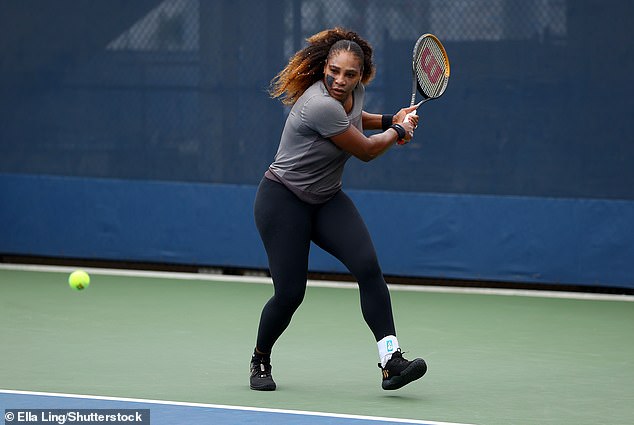 Williams is expected to retire from tennis after the US Open, which begins on Monday 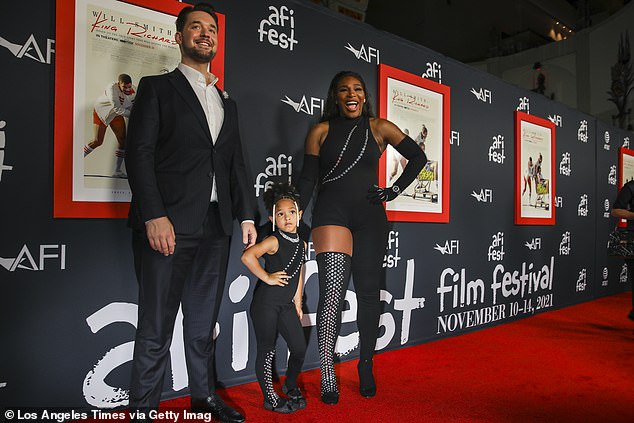 Williams is stepping away in part to focus on her family – pictured here with her husband Alexis Ohanian, the founder of Reddit, and their daughter Olympia

She was beaten by defending US Open champion Emma Raducanu at the Cincinnati Open earlier in August but even for Williams now, her tie with Kovinic is a winnable one.

The 27-year-old from Montenegro heads into the Williams showdown in a five-match losing streak.

But even if Williams loses Monday, there will be one other opportunity to see her on the court as she is also competing in the doubles alongside her sister, Venus.

And she has, in truth, been coy over the fact that the US Open is absolutely her last tournament.

Upon announcing her plans to retire in early August in Vogue, Williams said: ‘I have never liked the word (retirement).

‘It doesn’t feel like a modern word to me. I’ve been thinking of this as a transition, but I want to be sensitive about how I use that word, which means something very specific and important to a community of people. 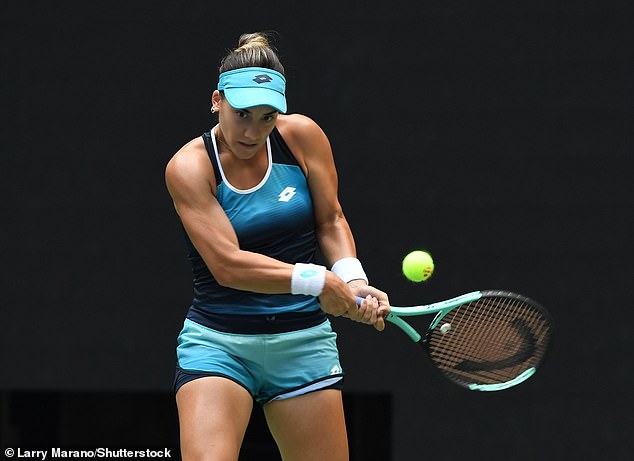 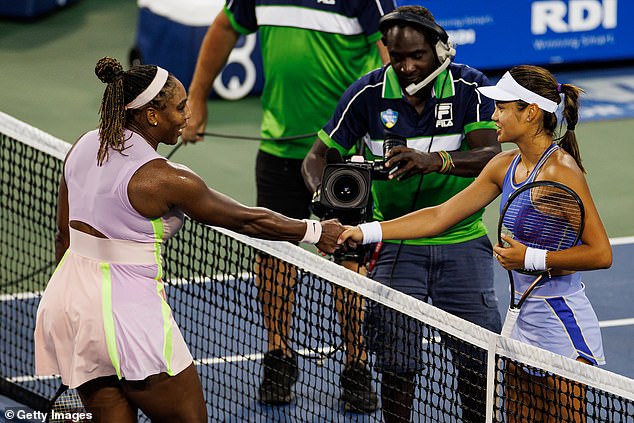 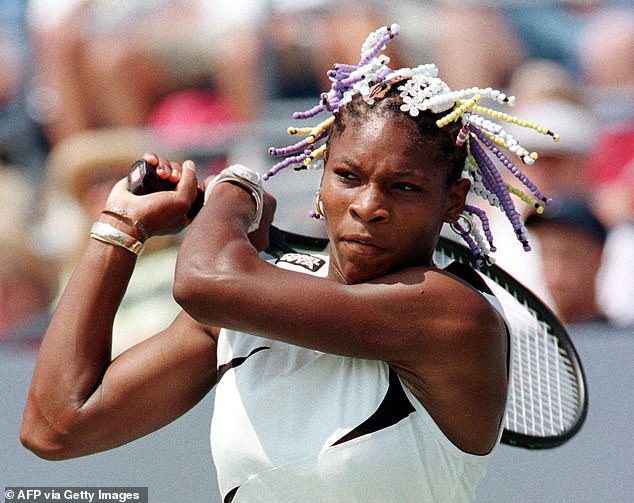 ‘Maybe the best word to describe what I’m up to is evolution,’ she continued. ‘I’m here to tell you that I’m evolving away from tennis, toward other things that are important to me.’

Williams not only wants to spend more time with her husband, Reddit cofounder Alexis Ohanian, and their five-year-old, Olympia, but she is hoping for another child.

‘In the last year, Alexis and I have been trying to have another child, and we recently got some information from my doctor that put my mind at ease and made me feel that whenever we’re ready, we can add to our family,’ Williams wrote.

‘I definitely don’t want to be pregnant again as an athlete. I need to be two feet into tennis or two feet out.’ 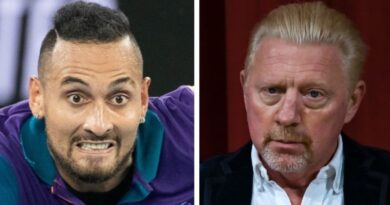 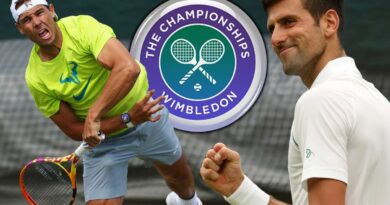