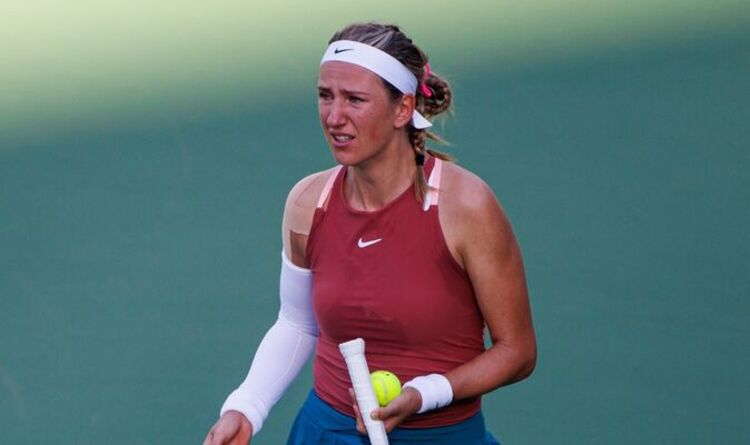 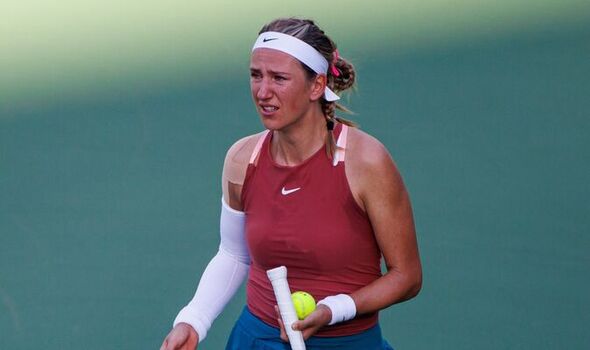 Victoria Azarenka has broken her silence after abandoning her Miami Open match against 16-year-old Czech Linda Fruhvirtova on Monday morning. The Belarusian former world No 1 cut a frustrated and distracted figure throughout the third-round clash and stormed off the court during the second set.

Fruhvitova was convincingly beating Azarenka 6-2, 3-0 as the latter was blatantly battling her own thoughts as well as her opponent. During the defeat, she was visibly in tears and even shouted ‘why am I here?’ towards her coaching box at one stage.

After just 45 minutes of play, the 32-year-old suddenly approached the net to shake hands with her teenage opponent and the umpire. Despite instructing her to wait for her trainer, she ignored the umpire and walked off court in her seventh retirement or withdrawal in the last 14 months.

Later in the day, Azarenka released a statement admitting she shouldn’t have played during an ‘extremely stressful’ period in her personal life. The two-time Grand Slam winner labelled taking to the court a ‘mistake’ and praised the Miami fans for helping her through her opening match against Ekaterina Alexandrova.

JUST IN: Azarenka storms off court and quits match while losing to 16-year-old

She said: “I shouldn’t have gone on the court today. The last few weeks have been extremely stressful in my personal life. The last match took so much out of me, but I wanted to play in front of a great audience as they helped me pull through my first match.

“I wanted to go out there and try, but it was a mistake. I hope to take a break and be able to come back. I always look forward to the challenge and pressure of competition, but today, it was too much. I have to and will learn from this.”

Azarenka became world No 1 in January 2012 after winning her first major in the form of the Australian Open. She was successful in Melbourne the following year but has struggled to hit the same heights since, and off-court issues have undoubtedly contributed to her struggles.

After a year-long maternity break across 2016 and 2017, Azarenka endured a draining custody battle over her son, Leo, after splitting with her partner, unsettled until 2018. And now she’s competing as a neutral without the Russian name or flag following the nation’s attack on Ukraine. 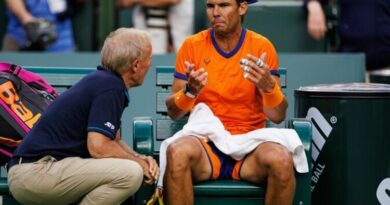