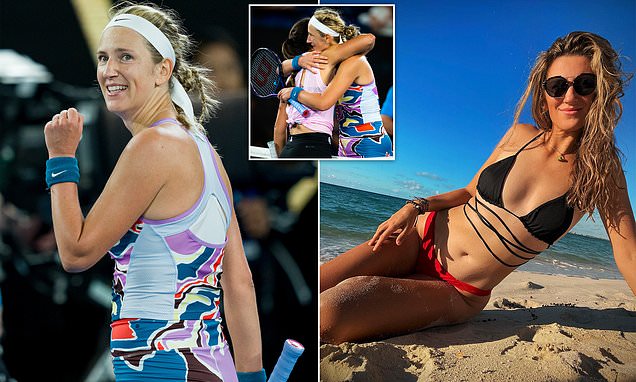 Victoria Azarenka opens up on accusations she CHEATED at the Australian Open: ‘It’s one of the worst things I have gone through in my career’

Two-time Australian Open winner Victoria Azarenka has revealed that it has taken her 10 years to get over cheating accusations from a match against Sloan Stephens at Melbourne Park in 2013.

On Tuesday night, 33-year-old Azarenka turned back the clock to stun world No.3 Jessica Pegula in straight sets and tee up a tantalising semi-final against Wimbledon champion Elena Rybakina. 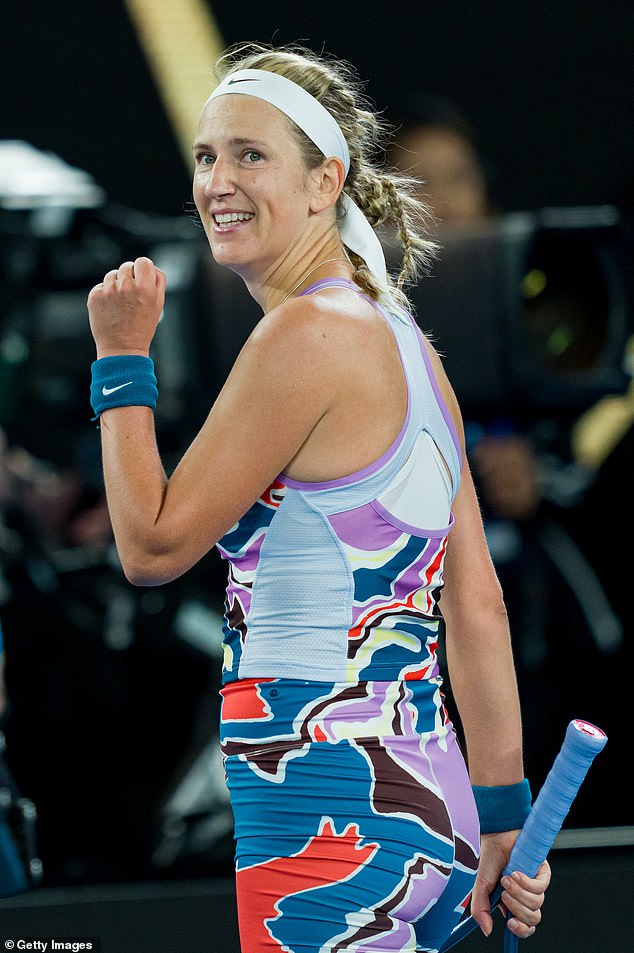 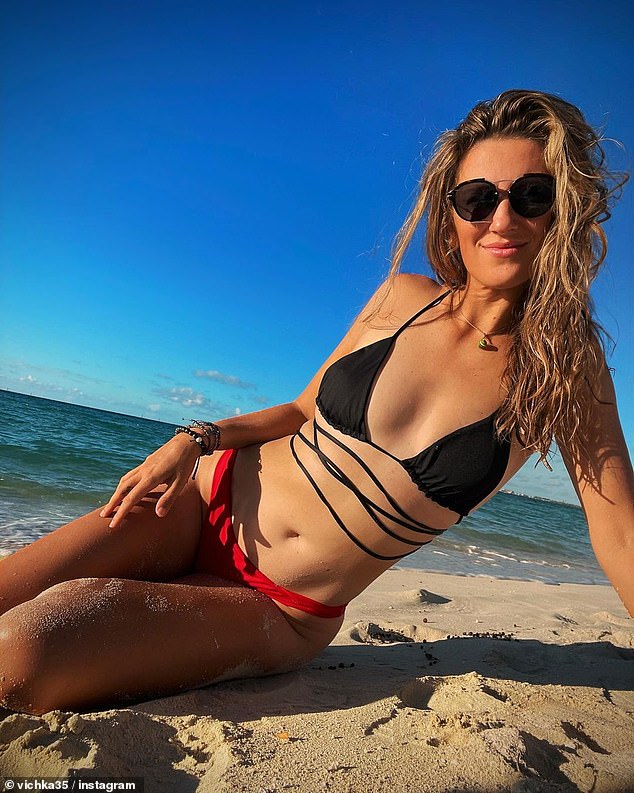 It’s the first time the 2012 and 2013 Australian Open champion has made it to the final four in Melbourne since sealing back-to-back triumphs 10 years ago – and was asked about the controversial match against Stephens afterwards.

Azarenka was ridiculed at the time for taking a nine-minute timeout during the semi-final clash, which many interpreted as devious gamesmanship.

‘It was one of the worst things that I’ve ever gone through in my professional career, the way I was treated after that moment, the way I had to explain myself until 10.30pm at night because people didn’t want to believe me,’ Azarenka said after the match on Tuesday night. 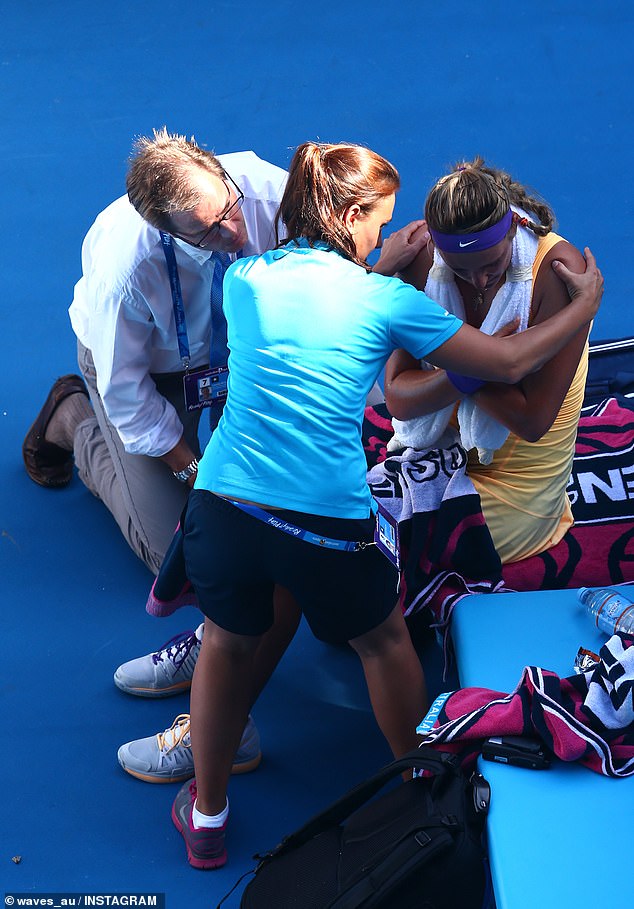 Azarenka was heavily ridiculed in 2013 for taking a nine-minute timeout during her semi-final clash, which many interpreted as devious gamesmanship

‘I actually can resonate what Novak said the other day. There is sometimes, like, I don’t know, incredible desire for a villain and a hero story that has to be written.

‘But we’re not villains, we’re not heroes, we are regular human beings that go through so many, many things. Assumptions and judgments, all those comments, are just shit because nobody’s there to see the full story. It didn’t matter how many times I said my story, it did not cut through. 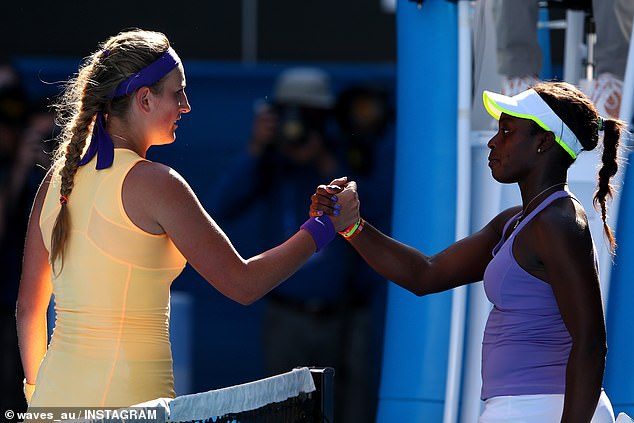 The former world No.1 has struggled to achieve the same consistency she had in her early career, and has now revealed she has been battling anxiety issues and found some strategies to overcome it.

‘I don’t think you recognise it straight away, I think it builds up until you hit a pretty bad spot where nothing makes sense, you feel kind of lost and I was at the point where I couldn’t find anything that I felt good about myself, not even one sentence,’ she said.

‘I kind of tried to take it more simple. I started with not trying to be positive, just trying to be neutral, not to go negative,’ she said. 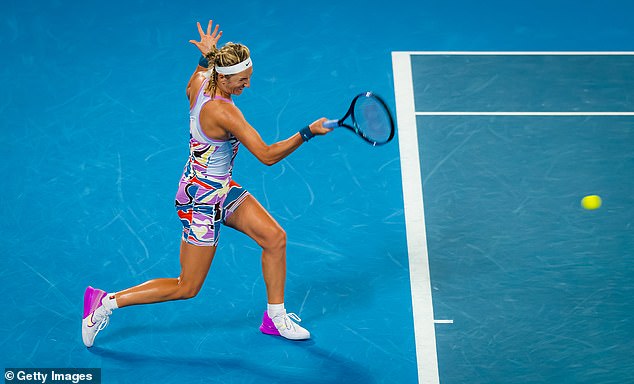 The former world No.1 has struggled to achieve the same consistency she had in her early career, and has now revealed she has been battling anxiety issues and found some strategies to overcome it

Azarenka will next take on 22nd seed Elena Rybakina for a place in another Australian Open final on Thursday at Rod Laver Arena. 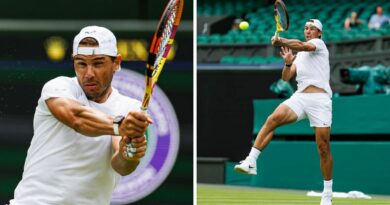 Rafael Nadal makes history at Wimbledon before tournament even begins