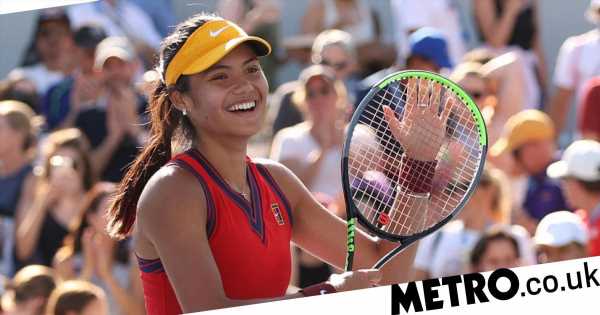 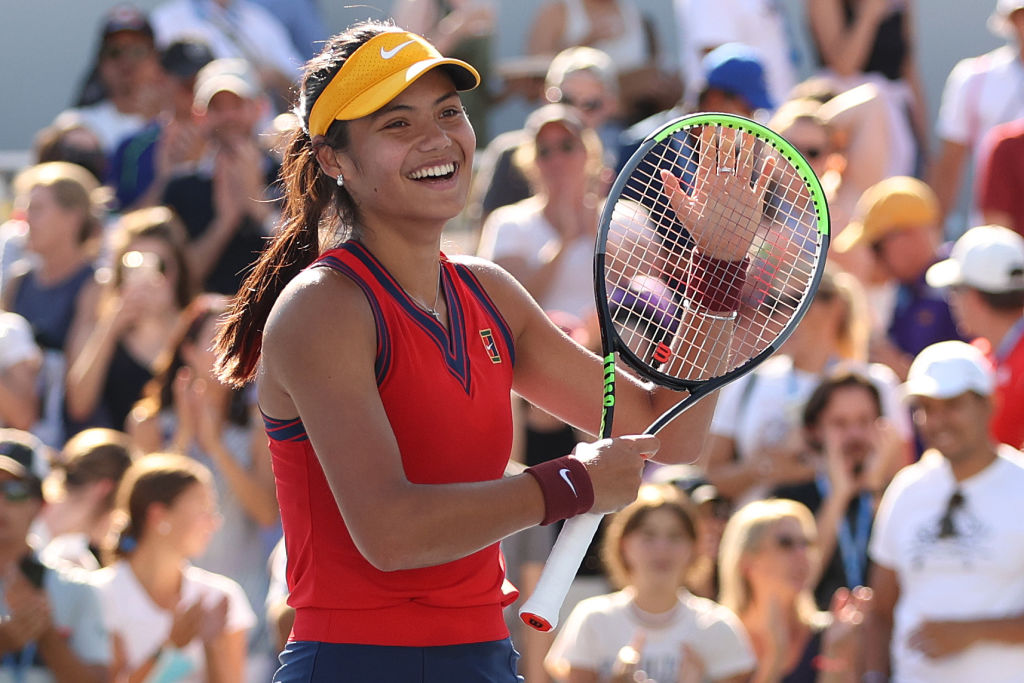 Emma Raducanu will go on to win grand slams and could even lift the US Open trophy this year, according to the last British woman to claim the singles title in New York.

Virginia Wade was a delighted spectator in Arther Ashe Stadium as the 18-year-old booked her place in the quarter-finals, which will see her take on Belinda Bencic today.

The idea Raducanu could be viewed as a genuine contender for the US Open title would have seemed ridiculous when the teenager began her qualifying campaign two weeks ago.

But, with only eight women left, and Raducanu having not dropped a set, it is now an extraordinary possibility. Raducanu showed off her talents on the biggest stage on Monday, dismissing American Shelby Rogers 6-2, 6-1.

A touching moment saw Raducanu alerted to Wade’s presence in her on-court interview and react with joyful enthusiasm, describing the three-time grand-slam singles champion — and winner in New York in 1968 — as an ‘absolute legend’.

Wade was effusive in her praise for Raducanu, hailing the teenager as the player to end her long reign as Britain’s last female winner of a slam singles title, at Wimbledon in 1977. ‘She’s really good in all departments,’ said Wade. ‘She serves great, her groundstrokes are fantastic, her concentration is good, physically she is strong — she really has it all. She is going to win grand slams, for sure.’

Throughout her run to the fourth round of Wimbledon and the last eight here, Raducanu is yet to face a top-40 opponent. As the Olympic champion, 11th seed and world No.12, Bencic is by some distance the highest-ranked player Raducanu has ever faced.

But regardless of what happens when they meet this afternoon, Wade is confident a star is born. She told the Telegraph: ‘There’s a few categories that I rate players on.

‘Athleticism, determination, technique, concentration, and an ability to improvise. Emma ticks all the boxes in my mind. She’s got a good physique. She’s quick, very athletic, and hits the ball beautifully in all areas.

‘You might just like to see her come to the net a little bit more — sometimes you need to do something a bit different. The only thing that could stop her would be injuries. Or overplaying and getting stale and distracted.

‘But I’m very optimistic. She could even go on and win this tournament. In the long run I don’t think it matters one way or another. But you look at it and think, “Why not?”.

‘When someone special comes along, you can see they stand head and shoulders over their contemporaries. During my career, with the likes of Chris Evert, we knew about them ages before they arrived on tour. With Martina [Navratilova] and Steffi [Graf] you could tell they were going to be good forever.’

How to get your Metro newspaper fix

Metro newspaper is still available for you to pick up every weekday morning or you can download our app for all your favourite news, features, puzzles… and the exclusive evening edition!