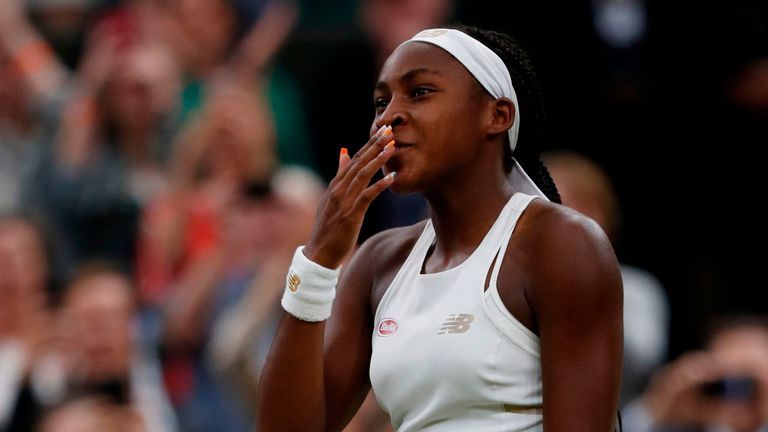 Cori ‘Coco’ Gauff, with her arsenal of scintillating shot-making, has already declared she is here to win Wimbledon. But can the self-assured 15-year-old live up to her fast-growing reputation and do the unthinkable?

Gauff, who defeated her idol Venus Williams in round one, then former semi-finalist Magdalena Rybarikova, before fighting off two match points to beat Slovenian Polona Hercog on Friday, is through to the second week of her maiden Grand Slam.

Thanks for all the surreal messages and fan support! It has been a dream week. Let’s keep it rolling @Wimbledon ???‍♀️?

An undaunted Gauff will now meet Simona Halep in the fourth round on Monday. It is a match that is destined for another big show court and, on the evidence so far, she has every chance of claiming her biggest scalp yet against the former world No 1, as she starts to make her sensational winning-run seem like child’s play. 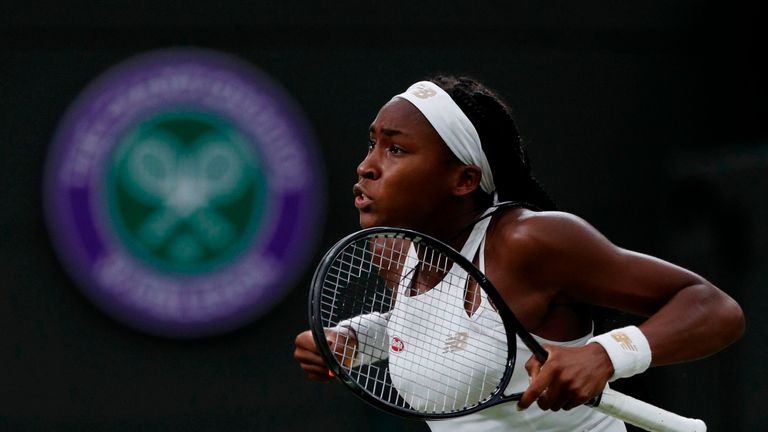 Gauff is no respecter of reputations, though. Nor is she lacking in confidence, with the American prodigy, currently ranked 313th in the world, continuing to make history. Whatever happens next, her performance will be remembered alongside the likes of Boris Becker’s and Martina Hingis’ in terms of outstanding teenage stars at the All England Club.

The talented teen comes from a strong sporting family. She is coached by her father Corey, who played basketball at Georgia State University.

Gauff’s mother Candi, meanwhile, was a gymnast before competing in athletics at Florida State University. The family moved from Atlanta to Florida when Gauff was just seven to boost her tennis prospects. 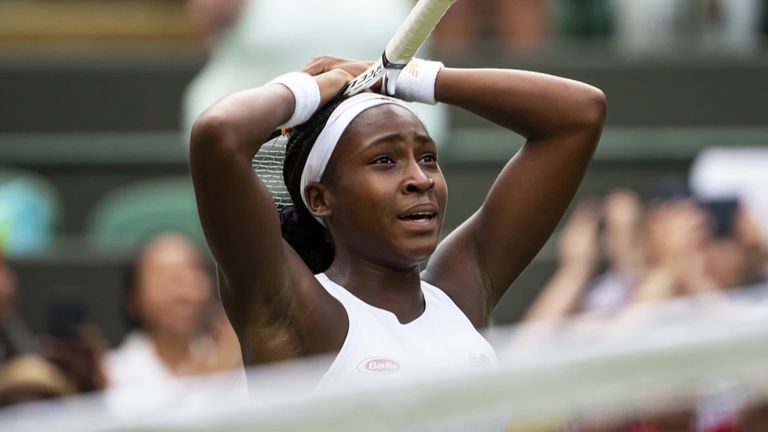 She had been marked out for stardom for a while and is represented by the Team 8 management company, which was set up by Roger Federer and his agent Tony Godsick.

Federer said: “I’m super happy for her. I saw the last couple of games when she qualified. Obviously everybody was waiting to see what the draw was going to be like.

“It’s a great story. Coco is a nice girl, works really hard. I think she’s obviously got a wonderful future ahead of herself.” 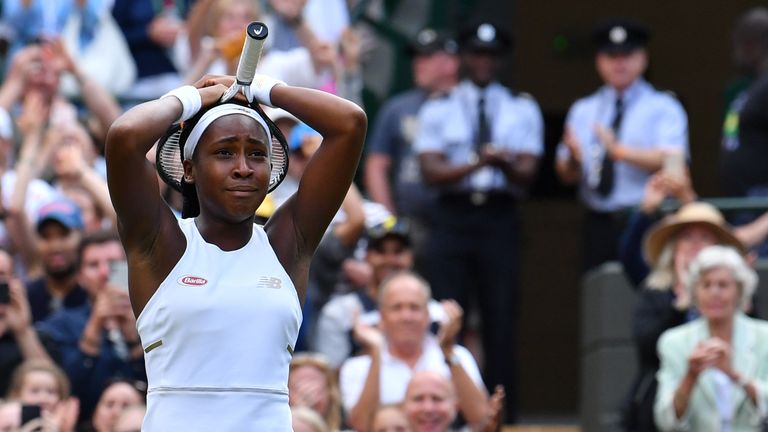 She reached the showpiece of the girls’ singles at the US Open in 2017 aged just 13, making her the youngest ever finalist.

At the French Open the following year she won the title just over two months after her 14th birthday. She is the first 15-year-old to compete in the main draw at Wimbledon since Laura Robson 10 years ago. 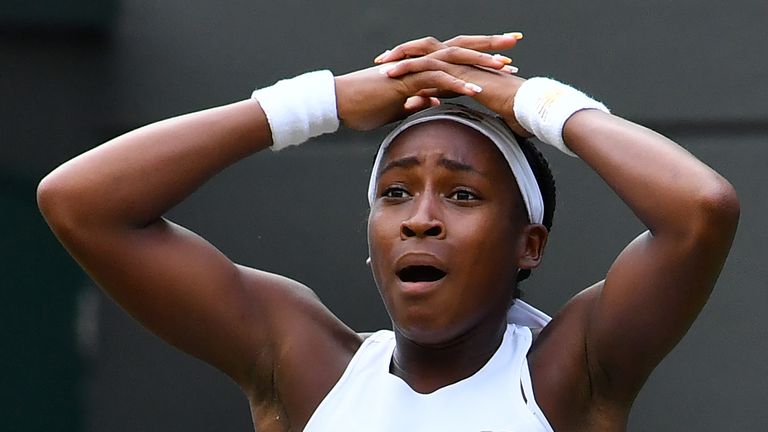 My goal is to win it

Gauff was not ranked high enough to get into qualifying but she was given a wild card by Wimbledon five days before her first match. At the time she found out, she was shopping online for a dress for a gala.

She is still at school and had to stay up late to take a science test at 11pm UK time the night before her final-round qualifier. She went on to beat Greet Minnen 6-1 6-1 in less than an hour and now she is in the third round of a Grand Slam.

The youngest winner of a singles tournament at Wimbledon was Maria Sharapova in 2004. She was 17 years and 75 days old when she first lifted the trophy.

The youngest man to win at Wimbledon was Boris Becker in 1985, who was 17 years and 228 days old when he beat Kevin Curren in the final.

When it comes to the youngest winner in any Grand Slam, Hingis was 16 years and 117 days old when she won the Australian Open in 1997. 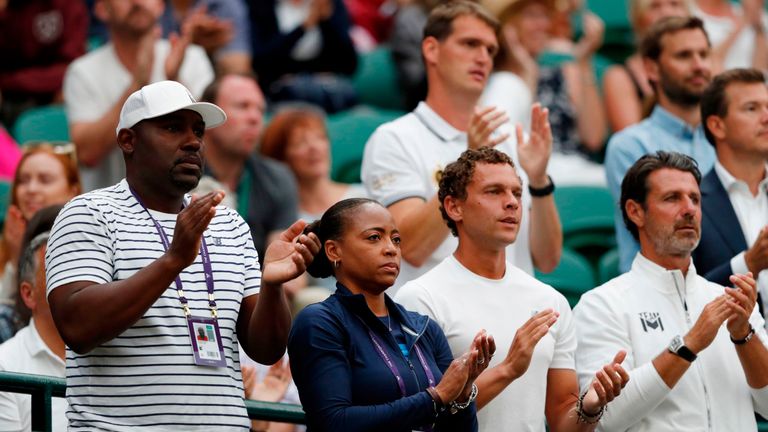 Gauff could surpass all of them as she continues her dose of watching YouTube videos to help her relax before matches. Her coaches (including Serena Williams’ coach Patrick Mouratoglou) and family have advised her to stay grounded and this is something she does exceptionally well.

Which Nick Kyrgios will feature in New York?