Serena Williams says she felt like she wanted to watch her highly-anticipated Wimbledon mixed doubles match with Andy Murray rather than play in it – and will try to see a video of their win.

“We have a lot we want to get better on as a team.”

Williams and the Scot, 32, made the dream start to a blockbuster partnership that has been one of the main talking points at the All England Club this fortnight.

Anticipation had been high for their first appearance together, which was delayed until Saturday evening after Friday’s play on Centre Court and Court One moved the match back a day.

Eventually, it was played on Wimbledon’s main 15,000-seat arena in front of a healthy crowd in dwindling light, with those cheering on Murray and Williams soon rewarded.

The illustrious pair, who have 26 Grand Slam singles titles between them, had too much quality for the battling Mies and Guarachi as they won in one hour and 16 minutes.

But the intense focus in the build-up left even Williams, who reached the last 16 in the singles earlier on Saturday, feeling “a lot” of pressure.

“I thought, I have to do well because this match is so hyped that I want to see it,” she said. “I didn’t even want to be in it, I kind of just wanted to watch it. Maybe I’ll try to get a video of it or watch it somewhere.

“Overall I think I was able to handle my nerves pretty good, do better than I thought I was going to do.” 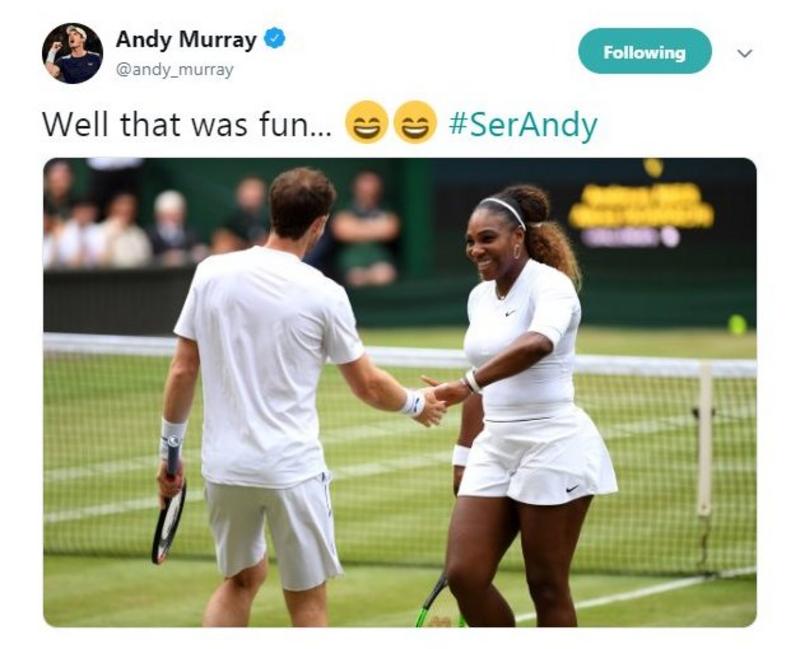 Murray and Williams gelled quickly in their first outing, breaking serve in the first game on their way to winning the opening set 6-4, before being more clinical in a one-sided second set.

They will meet 14th seeds Fabrice Martin and Raquel Atawo in the second round next week.

Murray only made his comeback from serious hip surgery last month, while Williams’ playing time this year has been hampered by a knee injury.

“We created lots of chances in the first set, but maybe weren’t as clinical as maybe we’d like to be,” Murray said. “That comes with matches a little bit. Neither of us have played much recently, but that will come.”

Williams added: “We have a lot we want to get better on as a team. I think we did great for the first day. We just want to keep it up.” 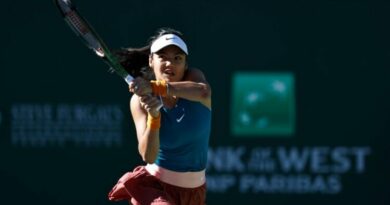