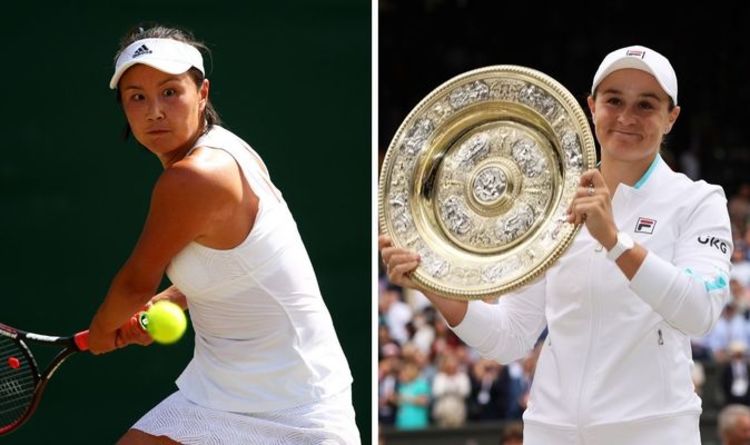 World No 1 Ashleigh Barty has spoken out on Peng Shuai. The two-time doubles Grand Slam champion went ‘missing’ after accusing China’s former vice premier of sexual assault, and many including the WTA Tour CEO believe she is now being controlled and coerced after being seen in limited public appearances.

On November 2, Peng took to Weibo to accuse former vice premier Zhang Gaoli of sexual assault in a lengthy post, which was removed by the platform within half an hour.

Zhang has not responded to the claims, and a spokesperson for Beijing’s foreign ministry denied all knowledge of the allegations when asked about the subject shortly after Peng published her post, saying: “I have not heard of it and it is not a diplomatic question.”

The former doubles world No 1 had not been seen or heard from for more than two weeks after making her allegations, but has since been seen in photos and videos shared by Chinese state-affiliated media, making limited appearances including a video call with the president of the International Olympic Committee.

Despite accounts for Peng’s whereabouts in recent weeks, the WTA has remained concerned for her freedom and safety, and now the world No 1 Ash Barty has shared her own worries for her fellow player.

JUST IN: Federer comeback to be ‘very difficult’ with just two more tournaments

This year’s Wimbledon champion shared an update on her off-season via Tennis Australia, also raising concerns for Peng.

“We are all thinking of Peng Shuai and hoping she is okay,” the Aussie said.

”Peng Shuai is part of the tennis family, she has been on the tour for a long time and is someone we all know and respect. The most important thing right now is that she is safe.”

Her comments come after the WTA CEO and Chairman suspended all tournaments in China after failing to communicate with Peng, including the prestigious year-end WTA Finals which signed a billion-dollar deal to be held in Shenzhen – with Barty winning the event in its first year in China back in 2019.

Steve Simon, the chief of the women’s tennis tour, announced on Thursday (December 2): “Chinese officials have been provided the opportunity to cease this censorship, verifiably prove that Peng is free and able to speak without interference or intimidation, and investigate the allegation of sexual assault in a full, fair and transparent manner.

“Unfortunately, the leadership in China has not addressed this very serious issue in any credible way. While we now know where Peng is, I have serious doubts that she is free, safe and not subject to censorship, coercion and intimidation.

“As a result, and with the full support of the WTA Board of Directors, I am announcing the immediate suspension of all WTA tournaments in China, including Hong Kong.”

The WTA Chairman has confirmed that he had since received another email allegedly ‘from Peng Shuai’ after suspending tournaments in China, but believed all communication from the former singles world No 14 was “100% orchestrated”.

Speaking to CNN, Simon confirmed he had received new correspondence said to be from Peng on Thursday (November 2).

“Well I would characterise [the emails] as orchestrated at this point in time,” the WTA boss said, appearing via video call.

“When you come out with the allegations that Peng did early in November, they were significant and they were detailed.

“And now to be receiving the emails and the correspondence from her that certainly are very – they’re just 100% orchestrated, and I do not think that they reflect what the allegations did and the true position. I can only imagine the range of emotions and feelings that she’s going through.” 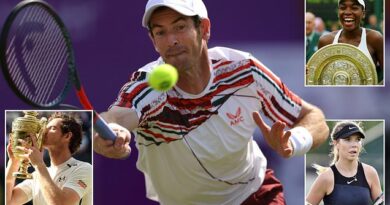