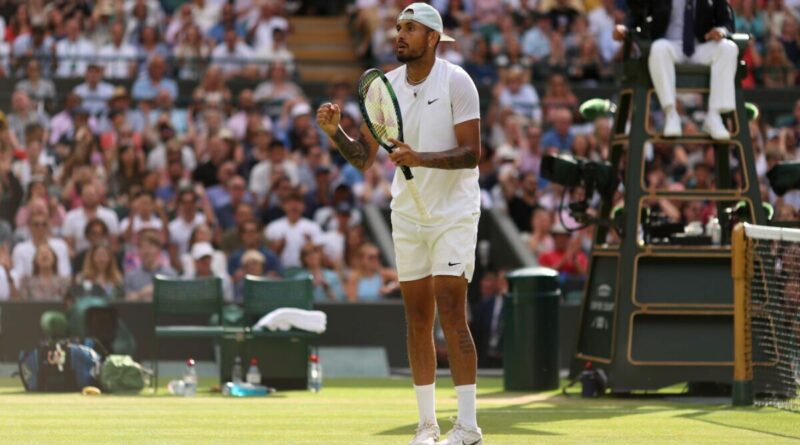 Tim Henman and Nick Mullins have explained how the Wimbledon crowd kept Nick Kyrgios on his best behaviour as the Australian reached his first-ever Grand Slam semi-final. The 27-year-old defeated Chilean Cristian Garin 6-4, 6-3, 7-6 to set up a potential tie with Rafael Nadal.

There were few moments of controversy during the Aussie’s straight-sets victory, which has been uncommon for Kyrgios having racked up £11,500 in fines at Wimbledon already this tournament and Mullins and Henman believe the crowd played their part in Kyrgios’ improved temperament.

“There are so many people here that have been able to watch him particularly through this championship and over the last few years,” Mullins said during the BBC’s commentary of Kyrgios’ win. “They have probably realised that he plays his best when he isn’t chatting, they are becoming like parents to him.” Henman added: “12,000 coaches out there.”

After reaching the semi-final, Kyrgios shared how much this Wimbledon run means to him. “An amazing atmosphere here again,” he told the on-court reporter. “I never thought I’d be at a semi-final – I thought my ship had sailed. I may have wasted things at the start of my career but I’m really proud of the way me and my team have come back out here.

JUST IN: Nadal injury ‘very difficult to handle’ as Fritz struggles in tie 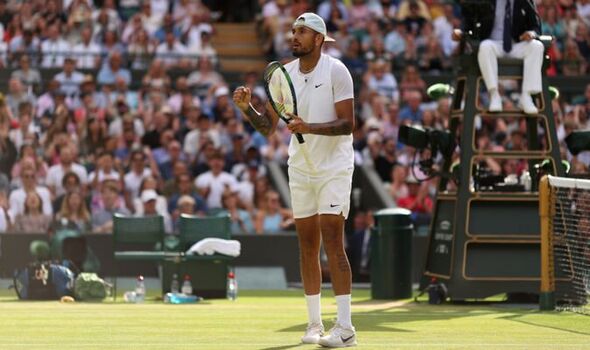 “I don’t have a coach… I would never put that burden on someone! But each and every one of my team play an important role. I thought I was on the backfoot a lot. But I’ll take it and prepare for my next match. There’s a lot to be done, go back, dad will cook us dinner as always, we’ll eat it and just chill out.”

Kyrgios fell to the floor as he clinched match point, as Henman was impressed with the Australian’s performance. “It shows how much it means to him,” the former British No 1 said during commentary of the match. “He’s gone out there in a big match, when he is playing some of the best tennis of his life.” 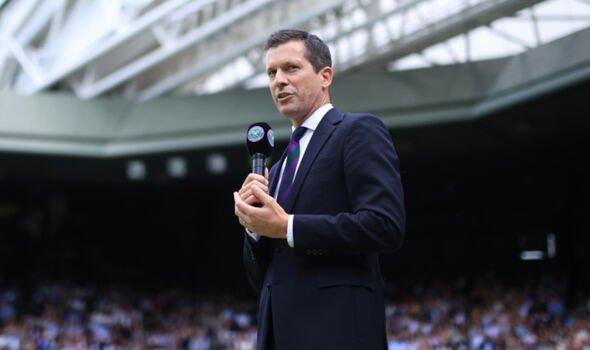 Kyrgios may face Nadal in the semi-final, who suffered an injury during his quarter-final with Taylor Fritz. The Spaniard’s father was even spotted telling him to retire from the match, as Nadal received medical attention for his abdominal pain.

He played with strapping on his abdomen during his victory over Botic van de Zandschulp but refused to answer questions about his injury after he defeated the Dutchman.

“Thanks for the question,” Nadal told reporters. But I said the other day. On the other hand, I am a little bit tired to talk about my body. It’s not that I don’t want to answer your question, but in the same time sometimes I am tired about myself, all the issues that I am having. I prefer to not talk about that now. Sorry for that.”