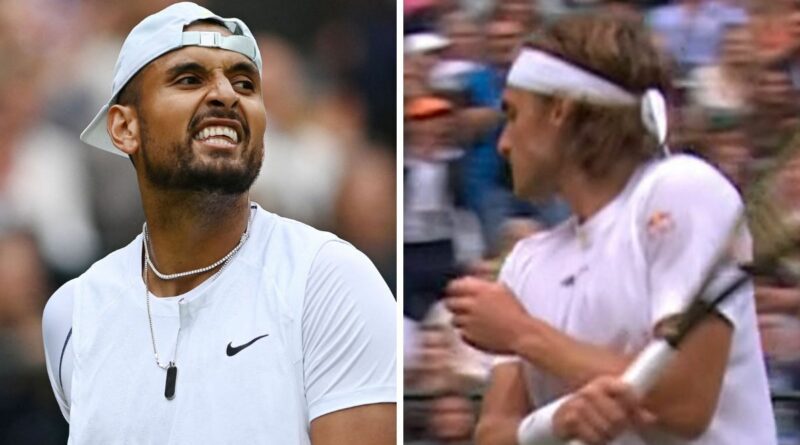 The first Saturday of Wimbledon this year proved eventful on the courts with Katie Boulter and Liam Broady’s dream journey ending along with Nick Kyrgios and Stefanos Tsitsipas’ fiery match in the evening. Express Sport brings you all the best bits from Day Six at Wimbledon.

The main event on Saturday was undoubtedly Kyrgios vs Tsitsipas and the crowd inside Court One were treated to a pantomime affair.

Kyrgios was playing up to the raucous crowd but things soon took a turn for the worse when Tsitsipas grew tired of the boos against him.

The Greek tennis ace smashed a ball into the crowd after losing the second set and Kyrgios immediately called for Tsitsipas to be defaulted.

Kyrgios was furious that the 23-year-old wasn’t punished further and threatened to not play until he spoke with a supervisor.

JUST IN: Kyrgios ‘threatens’ umpire and warns of backlash as match turns ugly 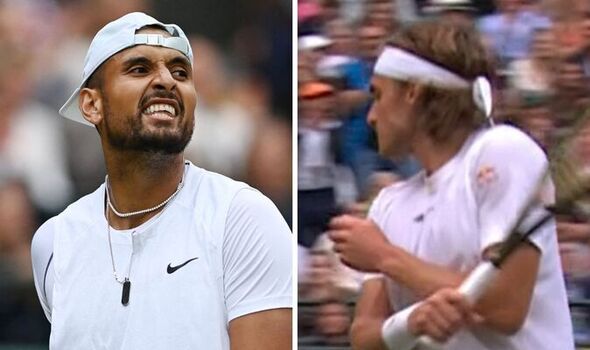 Tsitsipas was doing everything he could to remain calm in the midst of an onslaught from Kyrgios, but almost anybody would crack under the cooker pressure created inside Court One.

He overstepped the mark twice in smashing a ball into the crowd and was lucky not to be defaulted by the umpire, judging on past events with Novak Djokovic at the 2022 US Open.

But it was the boos from the thousands inside Court One for Tsitsipas which clearly affected him most.

Kyrgios had nearly all the support from the British crowd and Tsitsipas was soon shrugging his shoulders every time he faced the noise.

Wimbledon staff have sensationally claimed they’re being ‘sacked on the spot’ with attendance at record lows for this year’s Championships.

Just over 150,000 people attended Wimbledon in the first four days of the tournament – the lowest since 2007.

That’s reportedly led to staff being laid off for ‘minor issues’ such as taking toilet breaks and eating strawberries.

The All England Club have denied the accusations but an email leaked to The Times reportedly from the contractor for Wimbledon read they were looking at ‘reducing’ staff. 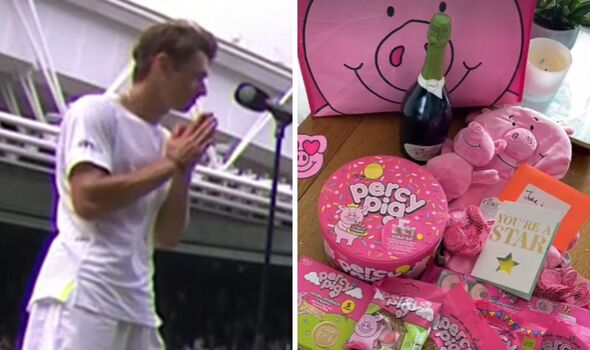 Alex de Minaur is enjoying his best-ever run at Wimbledon after making the fourh round, but it’s come at the expense of two Brits in a row and the crowd inside Court One were not happy – momentarily that is.

The Australian star impressed against Hugo Dellien before facing Brit Jack Draper in the second round.

Draper put up a good fight, but De Minaur proved too powerful in four sets with Liam Broady up next.

The No 19 seed once again had too much for the Brit as De Minaur progressed to the last-16 and the crowd inside Court One briefly booed him after the match.

The on-court interviewer mentioned that De Minaur had knocked out two Brits and the crowd jokingly booed before cheering the Aussie when the player was asked whether he felt he had won the supporters ove.

M&S have sent their thanks to Jodie Burrage for some free promotion of their famous Percy Pigs after the British star used the treats to help a ballboy earlier in the week.

During Burrage’s match against Lesia Tsurenko, the Brit rushed to the aid of a ballboy who required medical attention and fed him some Percy Pigs.

Burrage admitted after the match that the boy was feeling faint and she “just tried to get him some sugar”.

And M&S clearly appreciated the free promotion as they sent her a huge goody bag filled with percy pig bites and treats. 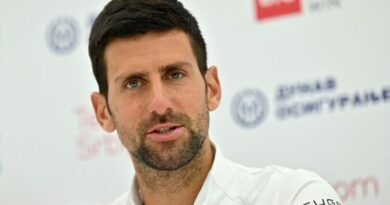 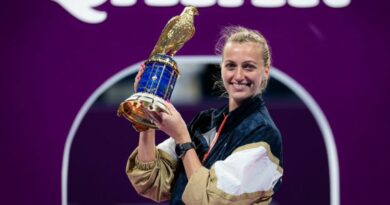