Home » Tennis » Wimbledon: How Nick Kyrgios has gone from tennis bad boy to the darling of Wimbledon 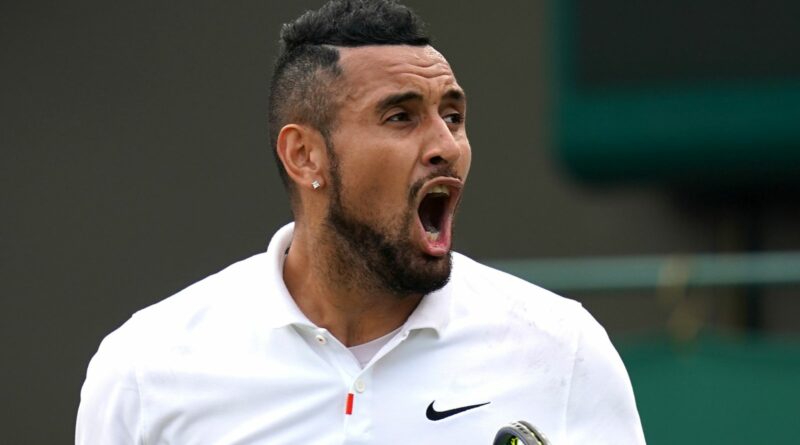 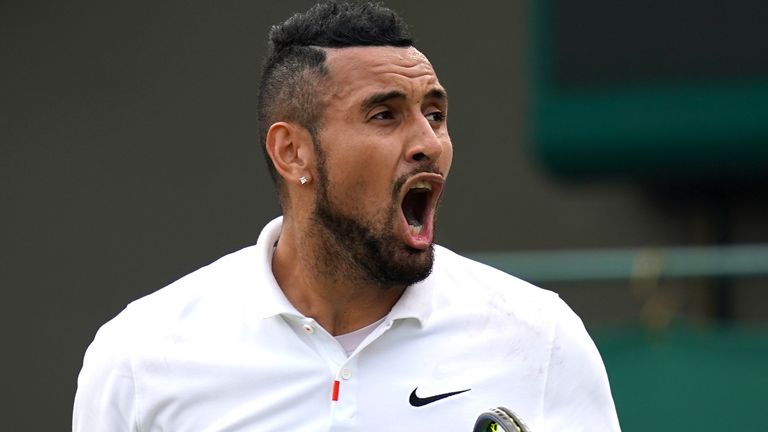 “Wimbledon is tradition,” explains Nick Kyrgios. “They don’t take any stick from anyone. They don’t really care. They do it their own way. That’s what makes it special.”

You get the impression Kyrgios will miss the lawns of south-west London when he heads to the Bahamas in a couple of days time for a bit of R&R. After all, he deserves it, having rolled into town to entertain the masses.

The Australian, whose matches were peppered with rants and raves, had been on his best behaviour for the majority of the tournament, receiving standing ovations and generally proving to be a huge hit.

A strained abdominal muscle put an end to his run in the third round of the men’s singles against Felix Auger-Aliassime but he was more worried about having to break the bad news to Venus Williams, his mixed doubles partner.

“I just got goosebumps thinking about the fact I might have to tell Venus Williams I can’t play mixed doubles because of the injury. It’s brutal for me. I don’t want to think about telling Venus just yet,” said Kyrgios.

“I told the crowd it was the end of the road. It was a journey. I honestly thought the way I was playing I could have done some pretty cool things this week. But it is what it is.”

Kyrgios had reminded fans of his shot-making wizardry in a riveting five-set win over Frenchman Ugo Humbert in the first round, then again against Italian Gianluca Mager before being forced to quit against 16th seed Auger-Aliassime, despite winning the first set 6-2 although he looked clearly hampered in the second and lost it 6-1.

It was a sign of Kyrgios’ popularity this year that, despite being the loser of the match, he was interviewed on court afterwards.

“It’s funny because I woke up today feeling phenomenal. My hips felt good, my body felt good. I was like, wow, I’m back, I’m feeling good. The luck just didn’t go my way,” said the 26-year-old.

“In a way he was a bit lucky because I felt today I was playing unbelievable. I came out of the blocks, I was returning lights out. I was actually finding my stride. I’ve never felt more comfortable on the grass, honestly. I was hot.” 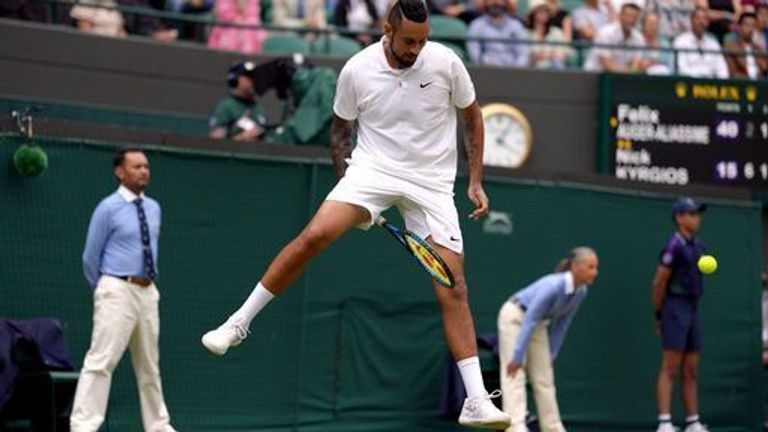 “You have to have some people, I believe, that are relatable, that people can bring other fans to watch, like people that are just normal. I feel like I’m one of those people. Not everyone can be a Federer, a Djokovic or a (Rafael) Nadal. I’m Nick Kyrgios. I know who I am.”

The reception Kyrgios has received this week also seems to have reinvigorated his desire to keep playing the sport he has so much talent at, but sometimes so little regard for.

“I think it’s cool that I don’t play that often, because when I do play, they definitely tune in. All my matches are packed out. I think that’s the cool thing about it. They’re like, ‘Kyrgios will be playing, now he’s playing’, there’s full hype around it.

“We’ll see. I really enjoyed the crowd. It felt like I was playing back home in Australia. It was even better. So it was cool.”

Earlier in his career, Kyrgios revealed he suffered from bouts of depression due to the daily pressures he was under to achieve his potential.

“It was hard to deal with all the criticism that the media gave me, that everyone gave me. He should be doing this, he should be achieving this. He’s not doing this enough,” he explained. “Now I just enjoy it when I’m out there. I breathe in the fresh air. Like, I don’t take anything for granted.

“Not everyone can be a (Roger) Federer or (Novak) Djokovic. These are once-in-a-decade athletes that inspire millions of people. They’re just gods. I see them as that, too.

“You have to have some people, I believe, that are relatable, that people can bring other fans to watch, like people that are just normal. I feel like I’m one of those people. Not everyone can be a Federer, a Djokovic or a (Rafael) Nadal. I’m Nick Kyrgios. I know who I am.”

The unseeded Kyrgios lit up the Grand Slam with his own brand of unorthodox but spectacular tennis, even accepting coaching tips from spectators.

“I have people in the front row literally coaching me, like literally telling me ‘that’s all right, good ball, great return, it will work next time, good depth’, he said.

He’s even had journalists licking their lips with notepad and pen in hand ready for Kyrgios’ next headline.

Kyrgios hopes to leave his mark on the game, which he believes is “very clean-cut”, before hanging up his racket. 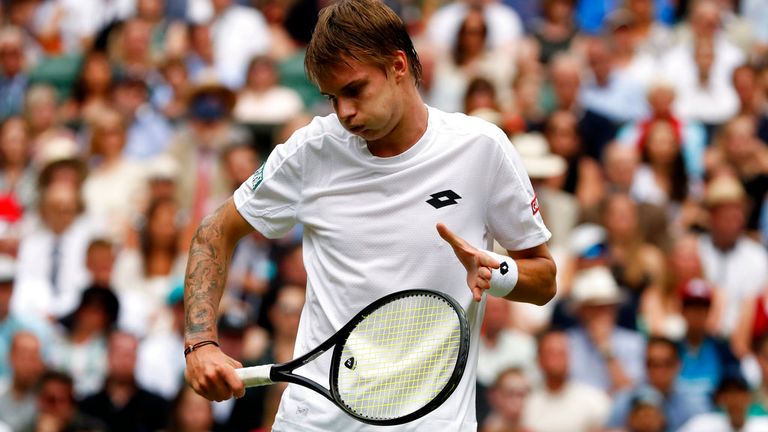 Players like himself and Alexander Bublik continue to challenge the face of tennis with their own unique brand of personalities.

“I got told to play a certain way. I got told to play like Diego Schwartzman when I was young. Cross-court, be disciplined, don’t change direction too much. Maybe don’t hit a big second serve there, that’s a bad dropshot,” said Kyrgios.

“It’s like, Dude. You have guys like Bublik and myself having success on the tour, being quality players, playing the way we play, and it’s entertainment.

“I don’t really care what people think I should play like. I know what I should play like. I feel comfortable and I’m happy the way I play. (Bublik) is happy the way he plays. I saw him in the locker room, he chucks his Jordan’s on, he’s out. He’s going to rock up tomorrow. He may lose, but he’s happy with the way. He’s going out there being himself, playing the right game style.

“At the end of the day he’s going to look at himself in the mirror and say he’s happy playing that way. It’s good.”

Sofia Kenin net worth: How much has the French Open finalist made? 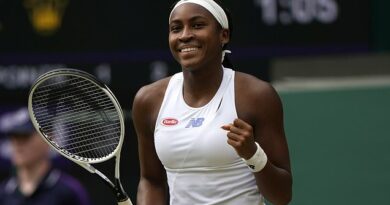