Wimbledon has responded after Ash Barty was dragged into a scheduling storm that led many pundits to complain the Aussie’s quarter-final opponent was severely disadvantaged heading into their clash.

Barty beat countrywoman Ajla Tomljanovic in straight sets to advance to the semi-finals, having enjoyed plenty of rest after her round of 16 showdown against Barbora Krejcikova.

Barty stepped onto court to play Krejcikova at 1pm local time on Tuesday and wrapped up victory by 2.42pm. Felix Auger Aliassime then beat Alexander Zverev in a marathon five-setter on Court 1 that lasted over four hours, meaning Tomljanovic and British teenager Emma Raducanu were forced to cool their heels.

They didn’t play their first point until 7.59pm local time, setting the scene for a late finish that gave eventual winner Tomljanovic little time to recover before an afternoon match against Barty the following day.

The saga sparked questions about why the two women’s matches weren’t scheduled one after the other, with many saying the decision to put Aliassime vs Zverev in between them on Court 1 made it unfair on Tomljanovic, because she didn’t have nearly as much time to recover as Barty.

Emma Raducanu is feeling better after medically retiring from the round of 16. (Photo by Mike Hewitt/Getty Images).Source:Getty Images

Wimbledon explained its decision in a statement overnight.

“In respect of scheduling, as always, the scheduling of the order of play each day at The Championships is a complex operation, and although we take great care when scheduling matches and allocating courts on a daily basis, it is not an exact science,” the statement read.

“All decisions are made with fairness and the best interests of the tournament, players, spectators and our worldwide broadcast audience at heart, but the unpredictable nature of the length of matches and the British weather can and will cause disruption to any schedule.”

That explanation didn’t cut it for ex-Australian tennis player and administrator Paul McNamee, who hit out at the reasoning on Twitter.

“Doesn’t do it for me … all women’s singles matches had to be first, and worst case second, yesterday, as it’s the only day they are scheduled to back up,” McNamee wrote. “A simple ‘sorry’ would have sufficed.”

New York Times tennis reporter Christopher Clarey said the decision to sandwich a men’s match between the two women’s clashes was “not right”, journalist George Bellshaw called it a “shocker” while sports writer Zenia D’Cunha said it was “unfair”.

Stu Fraser of The Times was another who criticised the scheduling, calling it a “catastrophe”, while The Tennis Podcast said it was “crazy”.

Barty was simply too strong for her countrywoman. (Photo by Clive Brunskill/Getty Images).Source:Getty Images

Tomljanovic didn’t complain but was outclassed 6-1 6-3 on Wednesday morning as Barty made light work of the 28-year-old.

“The match-up felt really bad from my side,” Tomljanovic said. “Felt like she was neutralising my serve with the slice, which kind of set the tone for me and made me really uncomfortable because it was hard to break her.

“She was serving great, and the slice was just really hard to deal with today.”

Barty will face three-time grand slam winner and 2018 Wimbledon champion Angelique Kerber for a place in the final.

“It’s the ultimate test,” Barty said. “Angie’s had success here before. I love that match-up. She knows her way around this court and I know I need to play well to give myself a chance in that match.

“This is a dream come true.

“Ajla is an incredible competitor. I’ve practised with her a lot, played with her as Fed Cup teammates. She was always going to bring out the very best in me,” Barty said.

“I had to play my absolute best to be able to compete with her. She’s had an incredible fortnight and I think all Aussies back home are bloody proud of her. It was really nice to share the court with her today.” 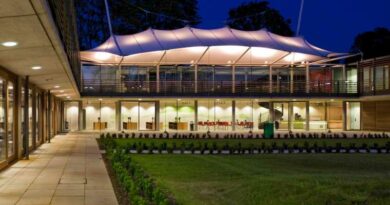 Australian Open 2020: Johanna Konta taking the positives despite first round exit to Ons Jabeur in Melbourne

Tennis: Coco Gauff, 15, crashes out in tears at Australian Open