Wimbledon’s gender-neutral facilities were first seen in the build-up to this year’s Grand Slam tournament, which began on Monday, June 27. The toilets were installed as part of a Logistics Hub at the club and built during the pandemic.

A spokesperson for the All England Lawn Tennis and Croquet Club told MailOnline: “A toilet at Gate 1D which has a gender-neutral sign was part of a build back in 2020.”

The Daily Mail reported one fan as saying: “Wimbledon is about tradition, it doesn’t have to follow every fad.”

As a result, Express.co.uk asked readers whether they agreed with the new gender-neutral facilities. 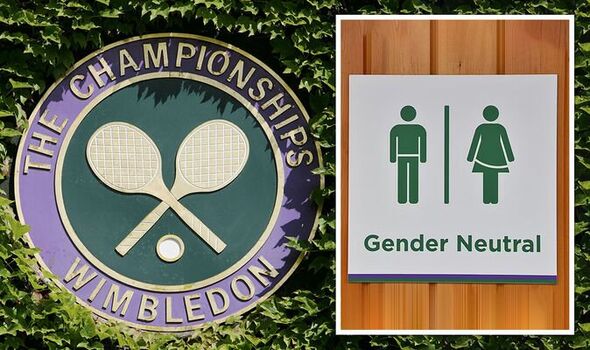 In a poll that ran from midday on Monday, June 27, to 9am on Friday, July 1, Express.co.uk asked: “Do you agree with gender-neutral toilets at Wimbledon this year?”

In total, 1,210 people responded with the overwhelming majority, 94 percent (1,134 people), answering “no”, they disagree with gender-neutral toilets at Wimbledon.

Dozens of comments were left below the accompanying article as readers discussed the changes to facilities at Wimbledon. 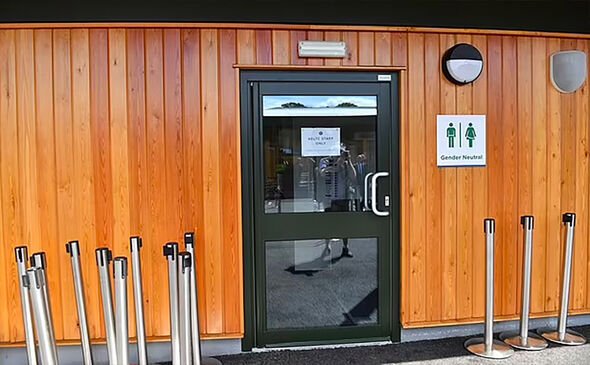 Most were against the introduction of gender-neutral toilets at Wimbledon with one reader, username Mac D, writing: “Please Wimbledon stick to tennis.”

Another, username arrongrant, said: “No, I much prefer the old system.”

And username uktink said: “Should be three toilet options. Female, male and disabled.”

A YouGov poll in January this year reported the majority of Britons as preferring single-sex toilets.

Some readers had concerns about safety with username Leafspot writing: “It’s tough for those subject to domestic violence where they can now be followed.”

And username Wrathful said: “It’s outrageous and disgusting. Women need privacy when going into a toilet and it’s possible there will be more sexual attacks on women and young girls.”

Government guidance issued in January last year said: “There needs to be proper provision of gender-specific toilets for both men and women, with a clear steer in building standards guidance.”

Their report also highlighted concerns about the removal of male- and female-only spaces.

Wimbledon still has single-sex toilets available this year in addition to gender-neutral facilities.

Some readers were more accepting of the decision, with username Welshmanseekingsun writing: “If that’s what they want to put there, I’m not going to lose any sleep over it. Those that want to can use them.”

Wimbledon LIVE: ‘How much was the deposit?’ Fan outrage at price of pint in SW19 [LATEST]
Jack Draper falls at second Wimbledon hurdle but four Brits through to third round [UPDATE]
Andy Murray’s sweet and secret tribute to wife Kim every time he plays [INSIGHT] 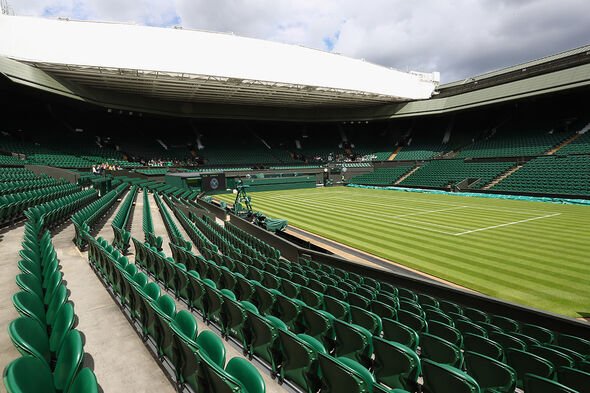 In the last four years, NHS hospitals have reportedly spent more than £800,000 on gender-neutral toilets.

Wimbledon chose to remove the Miss and Mrs titles on the honours board this year, which sparked further criticism.

In 2019, umpires at the tournament also stopped using such gender terms in match announcements.

Furthermore, last year the tournament stopped using his and hers coloured towels. 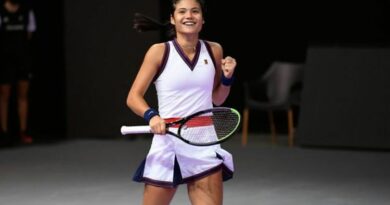 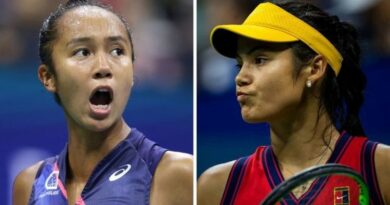