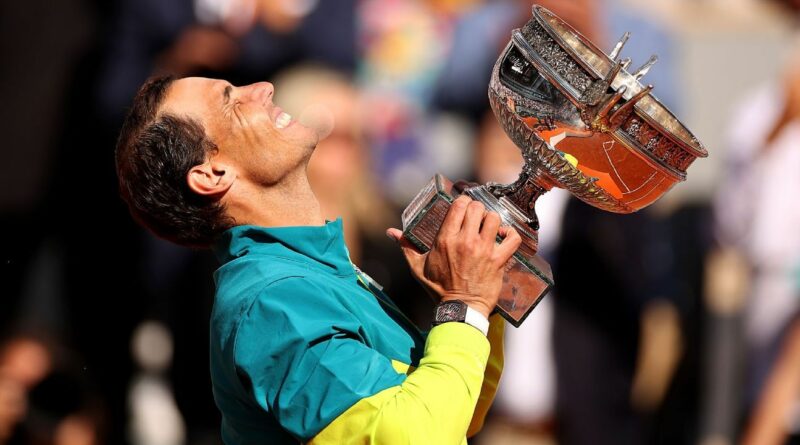 Nadal overwhelmed Ruud 6-3, 6-3, 6-0, his victory coming two days after his 36th birthday and making him the oldest title winner in the history of the clay-court tournament. The oldest champion in tournament history had been Andres Gimeno, who was 34 when he won in 1972.

Ruud led 3-1 in the second set, a deficit that spurred Nadal to raise his level — he took the last 11 games. Nadal’s six games lost Sunday are tied for his second fewest in a major final. He has won six major finals in which he has conceded fewer than 10 games, breaking a tie with Richard Sears for the most by any man in tennis history.

Given his age, and of more concern, the chronic pain in his left foot that has been an off-and-on problem for years, Nadal has said repeatedly in recent days that he can never be sure whether each match at Court Philippe Chatrier might be his last.

Nadal told Eurosport that he received an injection to numb his foot for Sunday’s final.

“The preparation was not ideal,” he said. “I had a stress fracture of the rib, then I have the foot which stays there all the time. I had my doctor here with me — I don’t know how to say in English what we did, we played with no feeling on the foot, we played with an injection in the nerve so the foot was asleep — that’s why I was able to play.”

During the trophy ceremony, Nadal thanked his family and support team for helping him, because otherwise he would have needed to “retire much before.”

“I don’t know what can happen in the future,” Nadal told the crowd, “but I’m going to keep fighting to try to keep going.”

He played crisply and cleanly, accumulating more than twice as many winners as Ruud, 37 to 16. Nadal also committed fewer unforced errors, making just 16 to Ruud’s 26.

When it ended with a down-the-line backhand from Nadal, he chucked his racket to the red clay he loves so much and covered his face with the taped-up fingers on both of his hands.

The Spaniard’s first triumph in Paris came in 2005 at age 19. No man or woman ever has won the singles trophy at any major event more times than his 14 in Paris. And no man has won more Grand Slam titles than Nadal.

He is two ahead of rivals Roger Federer, who hasn’t played in almost a year after a series of knee operations, and Novak Djokovic, who missed the Australian Open in January because he is not vaccinated against COVID-19.

For all that he has accomplished already, Nadal now has done something he never managed previously: He is halfway to a calendar-year Grand Slam thanks to titles at the Australian Open and French Open in the same season.

Nadal improved to 14-0 in finals at Roland Garros and 112-3 overall at his favorite tournament.

“You are a true inspiration for me, for everyone who follows tennis around the world,” said Ruud, a 23-year-old Norwegian participating in his first Grand Slam final, “so I hope — we all hope — that you will continue for some more time.”

When the players met at the net for the prematch coin toss, the first chants of “Ra-fa! Ra-fa!” rang out in the 15,000-seat stadium. There would be more such choruses. Ruud heard his own support, especially when he briefly went up in the second set, with some in the stands marking points he won with drawn-out pronouncements of his last name, “Ruuuuuuud,” so it sounded as if they might be booing.

Ruud considers Nadal his idol. He recalls watching all of Nadal’s past finals in Paris on TV. He has trained at Nadal’s tennis academy in Mallorca.

They have played countless practice sets together there with nothing more at stake than bragging rights. Nadal usually won those, and Ruud joked the other day that’s because he was trying to be a polite guest.

The two had never met in a real match until Sunday, when a championship, money, ranking points, prestige and a piece of history were on the line. And Nadal demonstrated, as he has so often, why he’s known as the King of Clay — and among the game’s greatest ever.

“We all know what a champion you are, and today I got to feel how it is to play against you in a final. And it’s not easy,” Ruud said. “I’m not the first victim. I know that there have been many before.”

Nadal can now place this latest Coupe des Mousquetaires alongside the trophies he gathered at Roland Garros from 2005 to ’08, 2010 to ’14 and 2017 to ’20. He has also won the US Open four times and the Australian Open and Wimbledon twice apiece.

“For me, personally, it’s very difficult to describe the feelings that I have,” Nadal said. “It’s something that I, for sure, never believed — to be here at 36, being competitive again, playing in the most favorite court of my career, one more time in the final. It means a lot to me. Means everything.”

ESPN’s Tom Hamilton and The Associated Press contributed to this report. 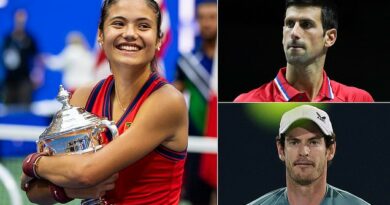