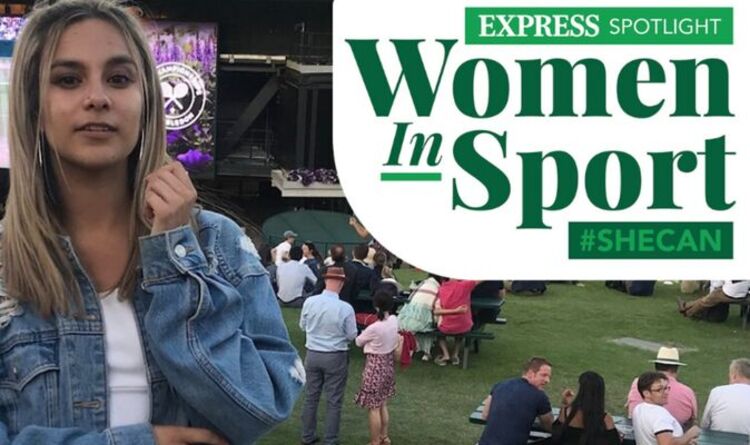 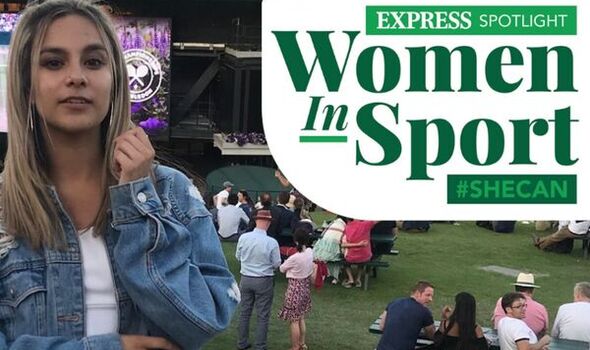 One of the highlights of the tennis calendar is Wimbledon, so it’s not a surprise it’s also a goal for tennis journalists to tick off their bucket list of tournaments to report from. I will finally get to mark it off mine this summer as Express Sport’s resident Tennis Trends Writer but as a young woman still finding my feet as a full-time sports reporter, the dream also comes with some insecurity.

The fun of Wimbledon is its position in the calendar, sitting in the height of British summer time at the end of June and start of July. It’s why everyone at the tournament can be seen with strawberries and cream and a Pimm’s in hand, though as a woman working in tennis the heat brings problems other people might not even have to think about.

When I’ve attended Wimbledon in the past as a fan, I’ve worn summery dresses, denim shorts and matching co-ordinate sets. When it’s hot and you’re spending a whole day on the grounds – not to mention two weeks straight if you’re reporting from the site – there’s no other way to dress.

The men get to wear suit shorts and cropped cargos which benefit from being longer than your standard women’s shorts. On top of that, I don’t want to compromise clothes I feel comfortable and confident in to wear something longer in length for the age old ‘modesty’ but I fear I won’t be taken seriously if I dress like a normal young woman in the warm weather.

It seems like something so stupid and trivial but when you’re still paving your way in a male-dominated industry and keen to make a good impression, you fear being set back entirely for something that isn’t your fault and has no reflection on your ability or professionalism.

Women firstly have to make sure they look put together – I’ve been on the receiving end of a female university lecturer telling me she thought I was ill because I came in one day without eyelash extensions or makeup.

But if you go the other way, you risk being seen as unprofessional, as if being someone who enjoys fashion or cares about their appearance means you can’t also know what you’re talking about when it comes to reporting on a sport for a living. It feels like the expectation is ‘look good but don’t actively try to look good.’

A lot of people still generalise the look of long hair, long eyelashes and a cute, summery outfit with the intelligence, or lack thereof, of a woman. It’s a lazy and unfounded stereotype but if you are constantly hearing that women who look or dress a certain way must not be professional or informed, you’ll fear that everyone around you thinks the same about you.

My ability to do my job won’t be hindered by me potentially wearing a sleeveless dress or shorts but I’ll definitely feel less comfortable if I dress in a way that’s too hot or just isn’t my style, and that’s more likely to affect how I’m acting during a day’s work. There is of course a difference between dressing for the weather and being inappropriate but as long as things don’t fall into the latter category, an outfit won’t make me, or any woman, any less knowledgeable and professional.

Roger Federer net worth: How much is Wimbledon star worth? Huge earnings revealed