Novak Djokovic looks set to have his easiest first week at a Grand Slam ever, after taking just 83 minutes to beat Ricardas Berankis 6-1, 6-2, 6-2 in the French Open.

Having dropped only 10 games in two rounds, he now faces Colombian Daniel Elahi Galan, who only made the draw as a late replacement after failing to qualify.

Djokovic was a lot happier than No 9 seed Denis Shapovalov, who lost a marathon match 8-6 in the fifth set to Spaniard Roberto Carballes Baena and then complained about slow conditions and his scheduling. 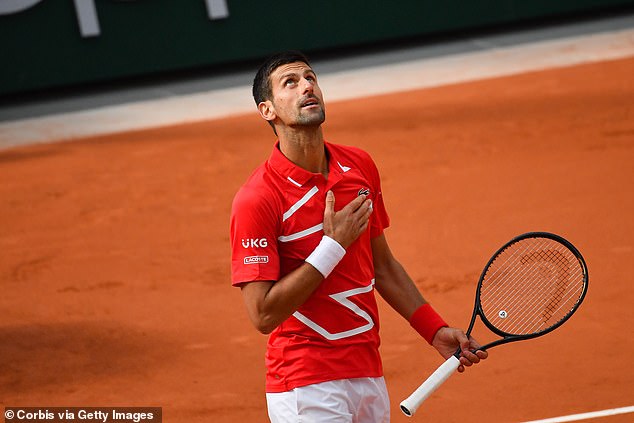 ‘I play an aggressive game but here it’s just like the ball’s not going anywhere,’ he said.

‘So it’s just annoying because, in my opinion, it shouldn’t be that heavy and that difficult. It’s impossible to hit a winner with these balls. The scheduling is absolutely awful. After a five-hour match I have to play doubles now, it’s just complete trash scheduling.

‘You’re in a Grand Slam and I don’t want to sound spoiled but you expect at least some help from the tournament to help you compete. How am I supposed to come out and play doubles now after a five-hour match? It’s a first round as well. They could have scheduled it way better.’ 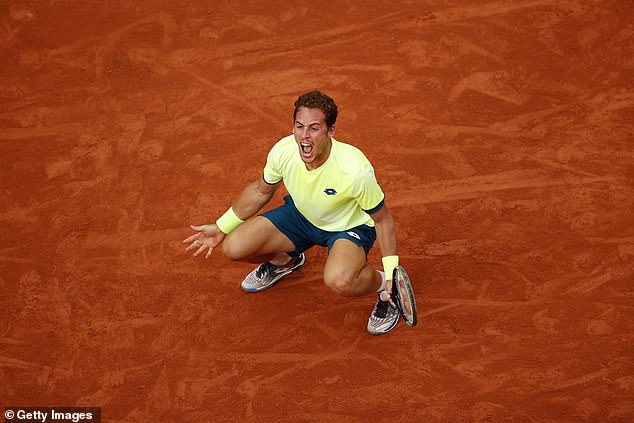 Meanwhile, Chris Evert doubts whether Serena Williams will win a 24th Grand Slam after she withdrew with an achilles tendon injury, leaving the stage to a new generation who do not fear her.

The advice from one American great to another is that she needs to be fitter to achieve the victory she needs to equal Margaret Court’s record.

‘The women are only getting better and there are some really impressive players out there now that, before the pandemic, we didn’t even know their names,’ said Evert, who is working for Eurosport at the event. ‘They are not intimidated playing Serena any more. Serena has to work twice as hard because of her age at 39. She has to work a little harder on her fitness.

Tennis: Players in contact with Covid-positive Paire allowed to remain in US Open but frustrated with enhanced protocols