EPIC Wimbledon matches will be a relic of the past after the introduction of a final set tiebreak for the first time.

It remains the longest professional tennis match in history.

However, as of next year, the All-England Lawn Tennis Club (AELTC) will finally implement a fifth set tiebreak for all its Championship events.

The AELTC say the decision was taken following consultation with players and officials and following a thorough review of match data from the past 20 Championships.

It will apply to all games played at SW19, including qualifying, men’s and women’s singles matches, and junior games.

Commentators and traditionalists were divided over the decision on Friday night, with some lamenting the loss of the pure drama that comes with deep five-set thrillers.

Excellent decision from @Wimbledon to introduce tiebreaker at 12 games all in final set !!! Anderson/Isner/Djokovic/Nadal/ Williams/Kerber and all tennis fans around the world will applaud this rule change!

Tie breakers in the fifth set at Wimbledon? Next thing it will be four day Test matches. Attention span of a gnat, the lot of them. World’s gone mad.

AELTC Chairman Philip Brook said: “In reaching this decision, the AELTC Committee sought the feedback of both players and officials, analysed two decades of match data, and considered other factors including scheduling complexities and spectator experience.

“Our view was that the time had come to introduce a tie-break method for matches that had not reached their natural conclusion at a reasonable point during the deciding set.

“While we know the instances of matches extending deep into the final set are rare, we feel that a tie-break at 12-12 strikes an equitable balance between allowing players ample opportunity to complete the match to advantage, while also providing certainty that the match will reach a conclusion in an acceptable timeframe.

“As a next step, we look forward to sharing further details with our Grand Slam, ITF, WTA and ATP colleagues when we meet in Singapore.”

Wimbledon’s five set rules were brought into question during the 2018 Championships when South African Kevin Anderson defeated Isner in a six hour, 36 minute epic 7-6 6-7 6-7 6-4 26-24 — the second longest match in grand slam history. He went on to lose the final to Novak Djokovic.

— This story originally appeared on thesun.co.uk 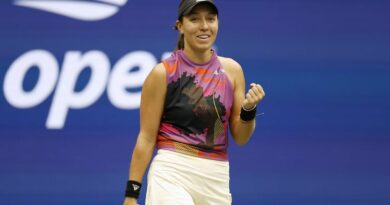