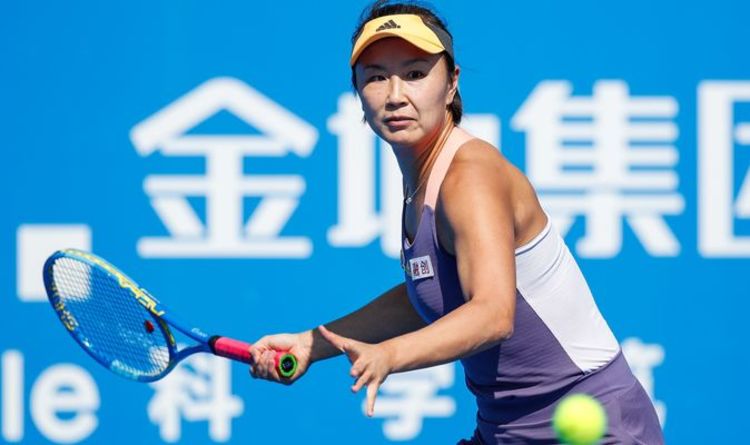 The WTA has stepped in and released a statement over ‘missing’ doubles player Peng Shuai. Earlier this month, the former doubles world No 1 and two-time Grand Slam champion accused China’s former vice premier of sexual assault, and has not been heard from since.

On November 2, Peng took to Weibo – the Chinese Facebook equivalent – to accuse Zhang Gaoli of sexual assault in a lengthy post, also describing an on-and-off consensual relationship with the 75-year-old.

While China has been rocked by #MeToo stories and accusations in the past, the tennis player’s account is believed to be the first made against a high-ranking member of China’s Communist Party, as Zhang served on the party’s Politburo Standing Committee – China’s top ruling council – between 2012 and 2017.

Zhang has not responded to the claims.

Peng’s post, detailing abuse she allegedly suffered at the hands of the now-retired politician who is 40 years her senior, was removed from Weibo within minutes.

Searches of her name and even the word ‘tennis’ were subsequently blocked, with the 2013 Wimbledon and 2014 French Open doubles champion’s recent Weibo posts and account also deleted. Her profile does now appear in search engines – though comments appear to remain disabled on her posts.

A week after accusing the former vice premier of sexual assault, Peng was reported missing as no one had seen her or heard from her.

Now, the WTA has released a statement, saying they are seeking a “full, fair and transparent investigation into sexual assault allegations against former Chinese leader and also calls for end of censorship against Peng Shuai.”

The statement, released by WTA Chairman and CEO Steve Simon on Sunday (November 14), reads: “The recent events in China concerning a WTA player, Peng Shuai, are of deep concern. As an organization dedicated to women, we remain committed to the principles we were founded on – equality, opportunity and respect.

“Peng Shuai, and all women, deserve to be heard, not censored. Her accusation about the conduct of a former Chinese leader involving a sexual assault must be treated with the utmost seriousness. In all societies, the behavior she alleges that took place needs to be investigated, not condoned or ignored. We commend Peng Shuai for her remarkable courage and strength in coming forward. Women around the world are finding their voices so injustices can be corrected.

“We expect this issue to be handled properly, meaning the allegations must be investigated fully, fairly, transparently and without censorship.

“Our absolute and unwavering priority is the health and safety of our players. We are speaking out so justice can be done.”

Professional players have also come out to voice their concerns for the missing former world No 14 singles player.

Nicolas Mahut, a former doubles No 1 and multiple-Major champion on the ATP side, tweeted: “The fact that Peng Shuai is missing is not only the WTA’s problem. We are all concerned. @atptour @ITFTennis #whereispengshuai #stopthesilence”.

Retired 18-time Major champion Chris Evert, British No 4 Liam Broady, and WTA players including Alize Cornet, Amanda Anisimova and Tara Moore are among those that have voiced their concern for Peng’s safety on Twitter.

In Peng’s post, she described an on-off affair with Zhang dating back to 2011 in Tianjin, but he reportedly cut all ties with her when he had been promoted to the Politburo Standing Committee the following year.

She said the former vice premier had first coerced her after she visited his home to play tennis, writing: “That afternoon I didn’t give my consent and couldn’t stop crying. You brought me to your house and forced me and you to have relations.”

After he retired from politics in 2018, Peng said Zhang invited her for dinner with his wife, after which she alleges he pressured her into sex.

Peng concluded her post: “I know that for someone of your stature, Vice Premier Zhang Gaoli, you have said you are not afraid. But even as an egg hurled at a rock, a moth to a flame for self-destruction, I will speak the truth about you.”
Source: Read Full Article 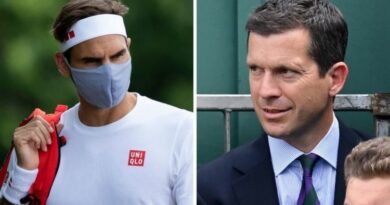