Home » Tennis » You cannot be serious: Why tennis needs its bad seeds

Spectators on Wimbledon’s centre court this week must have wondered whether they had travelled back 30 years.

Before them on the hallowed turf, a petulant man-baby named Nick Kyrgios was raging at the chair umpire and blatantly firing the ball into the chest of his opponent, Rafael Nadal.

In the halcyon days of the 1980s, such scenes were commonplace. John McEnroe regularly treated officials to Gordon Ramsay-style rants. Jimmy Connors used to stroke his racket handle in a post-watershed manner. Ivan Lendl’s favourite tactic was the ‘‘tube’’: aiming directly at your opponent’s body from short range. It was all part of the fun. So what happened? First corporate dollars landed in tennis. And then came Roger Federer, the game’s greatest icon and a man who subscribes to a see-no-evil, speak-no-evil philosophy.

As the most revered man in world sport, Federer is tennis’s No.1 asset. Yet he has created a strange homogeneity within the locker room, as other players try to emulate his squeaky-clean facade. This approach even extends to hardcore supporters. My fellow tennis writers and I have a name for the sort of fans who insist that it can only be about cream teas and cucumber sandwiches, and that everybody within the game loves each other: the Niceys.

In fact, this sport is a viper’s nest of warring ambitions, fragile egos and dysfunctional characters. Many players have been hot-housed from their early teens, socially awkward and poorly educated. But most shake hands politely at the net and say afterwards that ‘‘So-and-so was just too good for me today.’’ 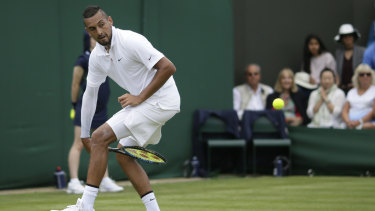 Unapologetically different: Nick Kyrgios is not just another anodyne player going through the (ultra efficient) motions.Credit:AP

The exception, yet again, is Kyrgios, who griped back in May that Nadal is ‘‘super salty’’ when he loses and that world No.1 Novak Djokovic ‘‘has a sick obsession with wanting to be liked – he just wants to be like Roger’’.

Tennis nerds will always love tennis players, but floating voters are looking for a little grit in the oyster. Even the most jaded journalists are fascinated by Kyrgios – the queue for tickets in the press room on Thursday was longer than on finals day. 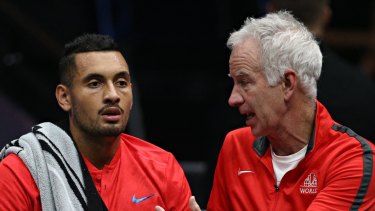 Tips from the master: John McEnroe talking to Kyrgios during the Laver Cup in 2017.Credit:PA

Mavericks are justly celebrated across the world of sport, whether it’s kids on bikes emulating Bradley Wiggins, bars emptying as Andrew Flintoff walks out to bat or even the extraordinary global interest in Usain Bolt and his diet of chicken nuggets.

But, as the cultural commentator Elizabeth Wilson has written, tennis is a uniquely aesthetic sport, to the point where ‘‘going to Wimbledon is more like a day at the opera at Glyndebourne than an afternoon of football at the Emirates Stadium’’.

The dreamy, almost weightless quality of tennis is its strength and its weakness. Earthy characters like Kyrgios, McEnroe and Connors provide some much-needed heft. 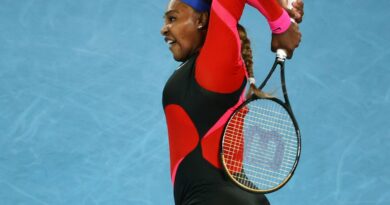 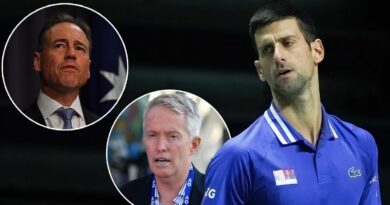