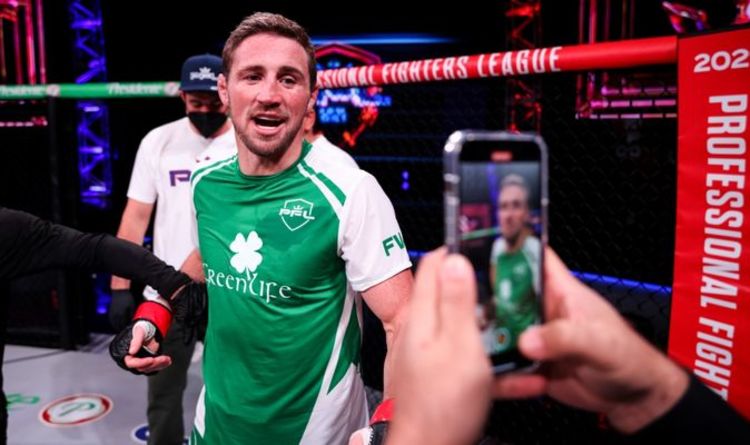 Manchester’s Brendan Loughnane has travelled the world helping some of the world’s best fighters prepare for title fights, but now he says it’s time for him to take centre stage.

Loughnane competes in global mixed martial arts league, the PFL, where he currently tops the featherweight standings after a blistering first-round knockout of former UFC fighter Sheymon Moraes in his first bout of the season.

The unique league format offers a different challenge for fighters who, instead of having to stake a claim for a title shot, have the opportunity to win their way through to a title fight and, if they win, pick up a cheque for a cool $1 million (£710,000).

Chatting to Express Sport from Las Vegas ahead of his crucial second bout in Atlantic City on Friday night, Loughnane said he’s in prime condition after coming through his first bout with barely a scratch on him.

“I came out with no marks, no bumps, no bruises. I was back in the gym on Monday morning,” he said.

“This job’s nowhere near done for me. I’ve got three more fights, then I’m a millionaire, and that’s how I’m looking at it. So the job’s far from complete.

“Yeah, I had a great start, but anything can happen in a tournament, so I’m not getting too far ahead of myself just yet.” 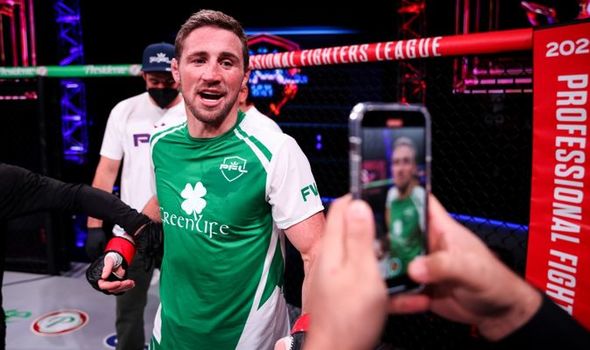 The PFL league format sees fighters fight twice in the regular season, earning points based on the strength of their performances.

Loughnane’s first-round TKO of Moraes ensured he banked the maximum possible points haul from his first bout, and ensured that a win of any kind against former “The Ultimate Fighter” competitor and fellow first-round winner Tyler Diamond will guarantee the Briton a place in the semi-finals of the tournament.

With his two main rivals, former Brave CF featherweight champion Bubba Jenkins and two-time PFL featherweight champion Lance Palmer both set to face substitute opposition after their scheduled opponents pulled out, Loughnane said he’s been handed one of the toughest draws in the division. But he’ is happy to take on the challenge and prove he’s the class of the field heading into the playoffs later this year.

“Well, Bubba Jenkins has had an absolute touch. So has Lance Palmer,” said Loughnane.

“Both of their opponents have pulled out, so they’ve had a touch, really.

“Meanwhile, I feel like I’ve got one of the hardest matchups of the night, yet again! But that’s the only way I’d want it.

“I want tough fights. I want to get to the end of this tournament having fought the four best people I could possibly fight, and get the four best wins, beat world-class opponents, just to show the world how good I am.

“I’ve known for years, but now it’s time for me to go and prove it.”

If it sounds like Loughnane has a chip on his shoulder, he’d be justified in having one.

The Brit, by all rights, should be a part of the UFC’s featherweight division, but a late takedown to secure a dominant decision victory over American prospect Bill Algeo on Dana White’s Contender Series didn’t sit well with the UFC president, who stunned viewers with his decision not to sign the exciting Mancunian. To add more salt to the wound, White later signed the man Loughnane defeated that day, as Algeo was handed a UFC contract.

Loughnane went on and signed for the PFL, only for the COVID-19 pandemic to force the organisation to put their operation on hiatus throughout 2020 as they could not guarantee the completion of a full season. It meant Loughnane was forced to sit tight and not compete during a time when he should be producing his best fighting performances.

It’s a situation that still rankles the Brit, who said he’s fighting with added fire as a result of his enforced hiatus from the sport. 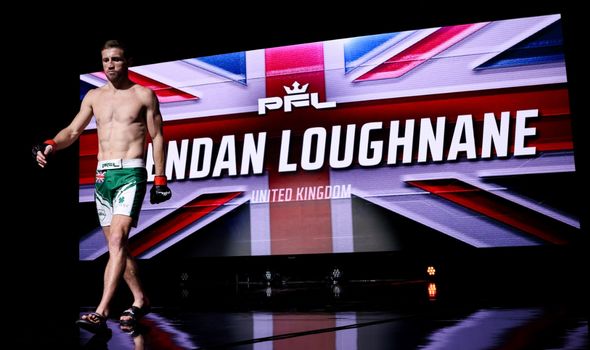 “I had a year and a half off, nearly, and I hated every single second of it,” he said.

“I’m a fighter that likes to keep active, and I feel like I’ve wasted a year and a half of my prime, I really do.

“When it was time to make up for it, I really captured the moment and seized the moment, and that’s what I plan to do again.

“I missed a year and a half of my prime, and I’m not over it. That’s why I’d take fights every four weeks if I could.

“I’ve got ants in my pants right now, and the fact I had to sit there and do nothing for a year and a half has really p***** me off, and you can tell by my performances.”

Loughnane will look to continue that run of strong performances with victory over Diamond on Friday night. The American has only lost once – a majority decision defeat to current UFC featherweight Bryce Mitchell – and Loughnane said he knows he’s in for a tough assignment.

“Personally, I don’t even think he lost that one fight – against Bryce Mitchell. I watched it, and it was very close,” he said. 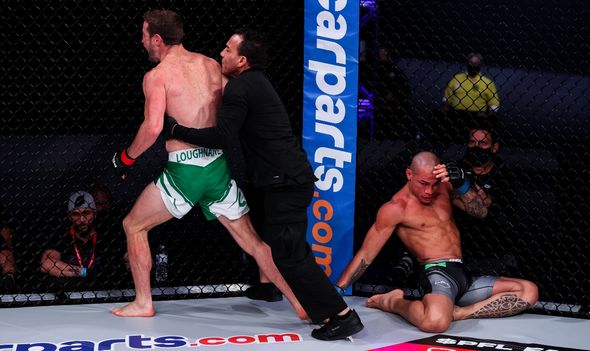 “I always say split decisions are just a difference of opinion. One guy will give it to you and two guys don’t.

“Tyler’s a tough guy. We saw it against the Korean (Jo Sungbin), the guy had him in all types of danger, and he still found a way to win. He’s a tough, gritty veteran and he knows how to get wins.

“You can’t write off the wrestlers, but if these wrestlers think they’re going to have an easy time with me, taking me down, then good luck, because I’ve done nothing but 90 minutes of wrestling every single day for the last six weeks.

“I’ve been preparing for wrestlers my whole life. I got kicked out of the Contender Series for taking someone down!

“If you underestimate my wrestling it’ll be at your own peril, because I can wrestle with the best of them.

“Tyler Diamond, if you want a wrestling match, bring it on, mate!”

Loughnane admitted he couldn’t gauge the the level of buzz around his first PFL league performance as he had been told to stay in the United States for the duration of the season. But he said that he hopes to get the U.K. fans’ backing as he looks to become the next fighter from these shores to capture a major MMA title.

“Who else is coming out here and getting these wins? What other U.K. fighters? I’ve not lost a round out here.

“There’s no other U.K. fighter doing what I’m doing right now, so I think I’m the man to get behind, I really do.” 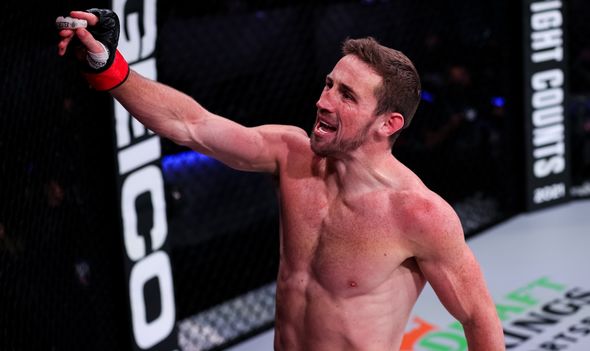 And he promised not to fight safe when he takes on Diamond on Friday night as he looks to deliver another stand-out performance to catapult himself into the semi-finals as the favourite to win the title.

“I’ve been travelling the world sparring world champions in every corner of the globe,” he said.

“I feel like, at 31, my time has come now and, after being a part of so many guys’ great camps over the years, I feel like my time’s finally come round now, and I’m going to seize the moment.

“I would love to get another finish.

“Tyler’s been clipped twice in his last fight, and the chin doesn’t recover that fast, that was only six weeks. ago.

“So one good shot and it could be night-night for old Tyler Diamond.” 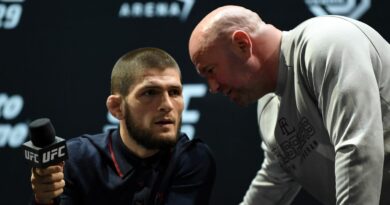