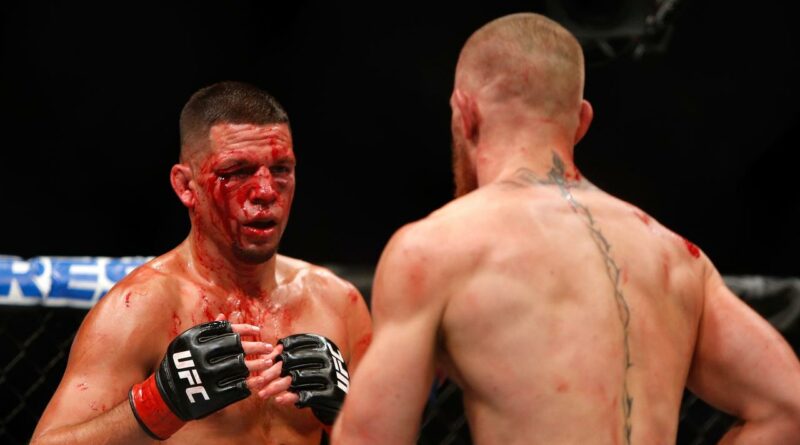 Conor McGregor and Nate Diaz are both expected to fight in the UFC in the next few months and that can only be a good thing for fans.

The two famous rivals might not be meeting each other in the Octagon but they’re never far from each other’s thoughts as evidenced by their latest social media war.

It appeared to be sparked by an announcement Diaz would be fighting welterweight Leon Edwards on May 16 in the first five-round fight in UFC history that is not a title fight or a main event.

McGregor, who is tipped to headline UFC 264 in a trilogy bout against Dustin Poirier, started pondering how he could make his next fight interesting after it was announced it would not be for the lightweight title.

I I feel it’s time to break out this baby for the next fight. I ask the UFC to please create The McGregor belt. I suggest rose gold and rubies. Think patek rare. pic.twitter.com/bGSRBhRwAa

Or yellow gold and emeralds possibly. Might be nice also.
I’m open to design suggestions.
Let’s link up @ufc#TheMcGregorBelt

But it was when a fan replied, saying “the irony of them doing this for Nate first” that McGregor started to get up a head of steam.

“Isn’t that crazy! Who’s the real bad motherf***er anyway?” he replied. (I) went up two weight divisions on a week’s notice to fight him for that fight. No hesitation. Straight onto my jet. In thru the side door. Surprise, surprise.”

When another follower offered to clean Conor’s yacht for free, it brought out the Irishman’s mischievous side.

“Thank you sir I appreciate that. I’ve a great team currently tho. The things absolutely sparkling in Cannes,” he replied.

The boat talk made McGregor recall how Diaz had claimed he was “on a yacht in Cabo” when he got the call to replace the injured Rafael dos Anjos against McGregor at UFC 196.

“You can’t just go around calling regular boats, yachts,” McGregor tweeted. “The rhetoric spread around in this business is disgraceful at times. ‘Nate was partying on a yacht in Cabo’. I demand to see this ‘yacht’. He was fighting for 20k at that exact time. 20k show. 20k win was his exact purse.”

“He was partying on a yacht in Cabo” pic.twitter.com/XcmV4HSG9b

You be partied under the table as well ya fat skinny tick pic.twitter.com/aTnsYxaekP

And that finally got Diaz’s attention.

The Californian, who choked out McGregor in their first fight before losing on points in the rematch, objected to his rival’s boast about agreeing to fight at 170 pounds against him.

Who went up two weight classes in half a day notice no hesitation and not promotion about it just did it cause I ain’t no bitch how’s that Conor fuck u
Whatever u think u did already been done by a real G
Try not to get finished agaaaain pic.twitter.com/eA5zK7Ffp3

“I do it myself, they give u a booster seat,” he added. “Salty ass bitch.”

As for McGregor’s new belt suggestion? “UFC can call it the ‘I get my ass beat then choked out every other fight championship belt’,” Diaz tweeted.

Remember when you never got this back and tried to carry on with your life real martial artist learn where they fucked up .. pic.twitter.com/NC0EZEPY3O

The sooner they fight again the better. 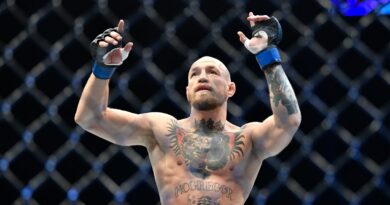