Conor McGregor has been called out by Justin Gaethje to fight for the UFC lightweight title which was vacated when Khabib Nurmagomedov announced his shock retirement last night.

Nurmagomedov extended his unbeaten run in the UFC to 29 bouts with a second-round submission win over Gaethje.

The Russian then announced that the showdown was his last fight as he cannot continue stepping into the Octagon without his late father, who passed away earlier this year.

The decision has thrown the lightweight division wide open and Gaethje wants another shot at the belt.

“They haven’t made it official, so if McGregor wants to bounce out and get the belt, then I’m right here. 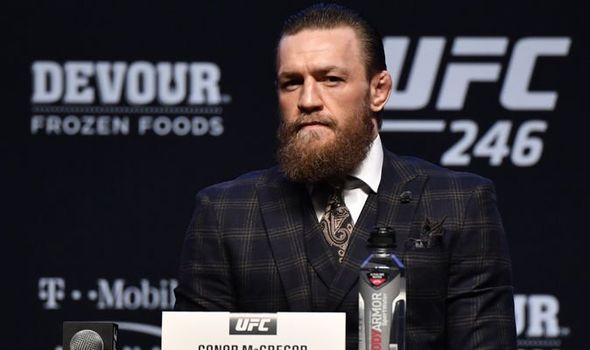 “If they want to give it to someone else, then so be it. But I’ll be ready. I’m ready to fight again. This is my job. This is my life. I love it so much.”

In an emotional interview, Nurmagomedov revealed that he had promised his mother to stop putting his life at risk in the Octagon.

He said: “First of all, I want to say Alhamdulillah. God gives me everything. Thank you these guys, these guys with me and with my father for more than 20 years.

“All my team, AKA, with Coach Jav. I love you so much. All my team. Thank you.

“Today, I want to say this was my last fight. Ain’t no way I’m going to come here without my father. After what happened with my father, when the UFC called me I talked with my mother for three days.

“She doesn’t me to go and fight without my father. But I promise her it’s going to be my last fight.

“And if I keep my word, I have to follow this. It was my last fight here.

“I know only one thing I want from UFC on Tuesday: you guys have to put me as number one pound-for-pound fighter in the world because I deserve this.

“Undisputed UFC lightweight champion, 13-0. 13 in the UFC and 29 in all my pro UFC career. I think I deserve this.

“One more thing: I want to say thank you to Lorenzo Fertitta, thank Dana [White], Hunter [Campbell]. All you guys. Thank you so much. And of course, I don’t forget about Joe Silva who signed me here in the UFC. 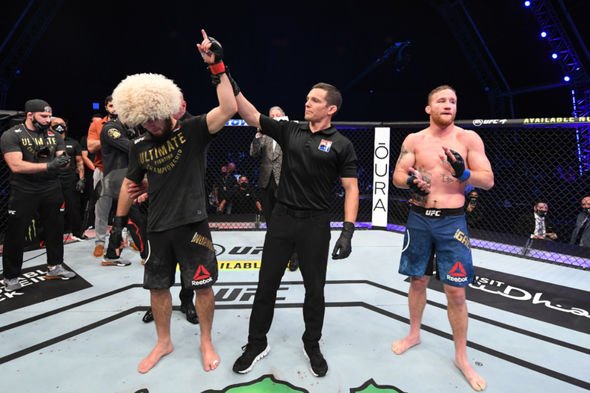 “Joe Silva, thank you. All this UFC team, everybody around the world – this whole pandemic stuff – they’re doing great shows. Thank you so much, Justin. Justin, 2016, I remember when I cut weight you helped me a lot. Thank you, brother.

“This is fighter without cage, I know you’re great. I know how you take care of your close people.

“I know a lot of things about you. Be close with your parents. Because one day, it’s gonna happen something. Because you never know what’s going to happen tomorrow, you never know.

“Thank you guys. Thank you, coach. I love you so much. My team-mates, Ali Abdelaziz, Rizan Magamedov. Alhamdulillah. Today is my last fight here in the UFC.

“It was my father’s dream, what else? Dustin and Conor are gonna fight in January, I choked out both of them. I’m not interested in this.”

UFC 238: Tony Ferguson vows to ‘rope’ and tie up’ Cowboy and resume pursuit of LW title