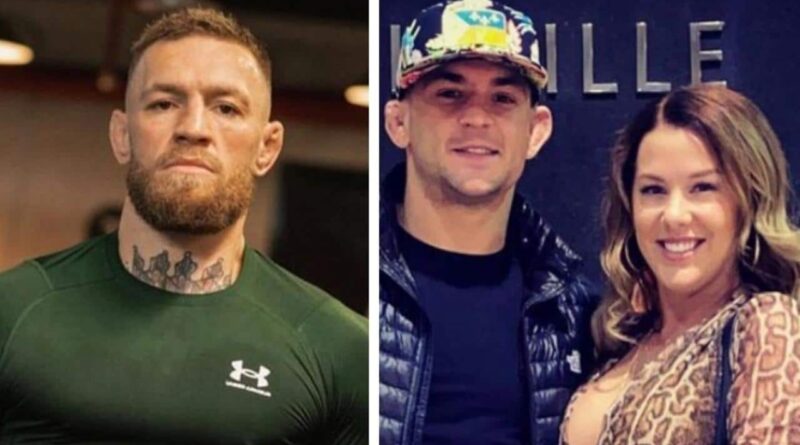 McGregor meets his old featherweight rival for a third time on July 11 in the main event of UFC 264 in Las Vegas.

But the Irishman could not resist bringing Jolie Poirier into the event’s build-up.

McGregor shared on Twitter what appears to be a screenshot of Jolie’s direct message request, with the post generating more than 39,000 likes and 7000 retweets.

Jolie is often spotted ringside watching her husband, but admitted how difficult it was to be in the crowd for Dustin's first-round KO defeat to McGregor back in 2014.

“It was horrible,” she told ESPN. “It was hard to be there. Just the crowd, the energy — it was scary. It was hard seeing him go through that.”

Jolie also enjoys a good social media following with over 66,000 followers on Instagram, where she regularly posts about family life and her travels around the globe.

The Poiriers welcomed their only child, Parker Noelle, in August 2016.

Earlier this year, McGregor vowed to donate $500,000 to Poirier’s Good Fight Foundation, but he instead donated the six-figure sum to the Boys & Girls Club in Louisiana.

“We thanked him because his team reached out fight week to initiate the process but ghosted us the past two months after the fight,” Poirier said of McGregor’s revoking of the donation.

“My foundation has reached out three times since with no reply. We’ve moved past it! We will be announcing our next goal soon! It’s a big one.”

In response, McGregor threatened to pull out of the fight at UFC 264.

McGregor, 32, was undone by a series of brutal calf kicks on Fight Island back in January when the pair last met. But if he is to be outfoxed again on Sunday, it is unlikely to have anything to do with a lack of fitness.

The Notorious is getting into the shape of his life, showing off his bulging biceps as he shared pictures of his impressive physique on Instagram last week.

Riding his bicycle shirtless, wearing a pair of neon shorts, McGregor took his hands off the handlebars to flex his muscles for the camera. He wore a green cap, bearing the message “Live Lucky”.

Fighting again at 155 pounds (70kg), McGregor won’t want to leave anything to chance in Las Vegas against Poirier.

In May, the Irishman topped Forbes’ list of the world’s highest-earning sportspeople.

The financial magazine estimated the UFC superstar had raked in more than $200 million in 2020, which saw him surpass the likes of last year’s No. 1 Roger Federer and perennial contenders Cristiano Ronaldo and Lionel Messi. 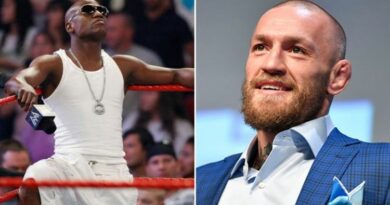