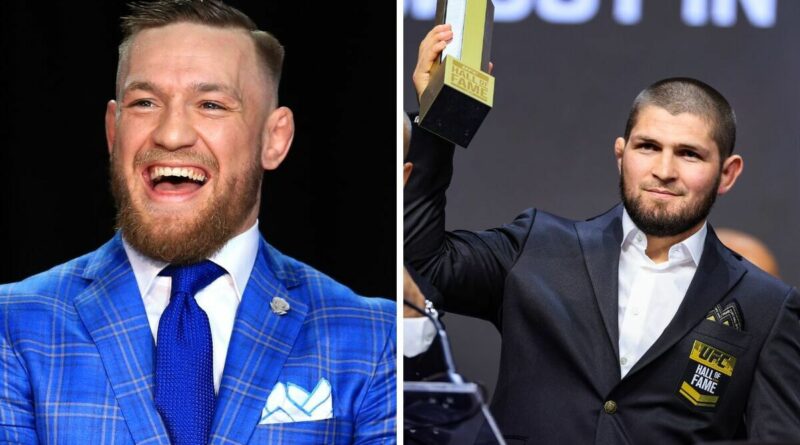 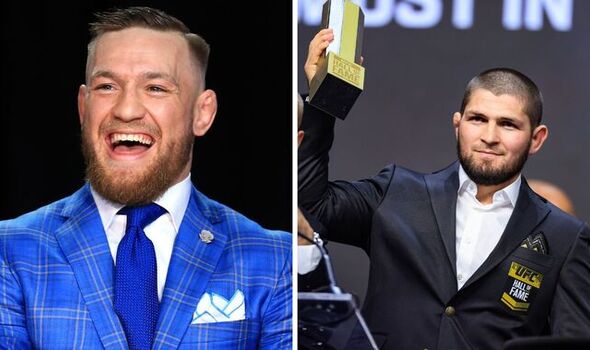 Conor McGregor has taken a shot at fierce rival Khabib Nurmagomedov following the Russian’s induction into the UFC Hall of Fame. Khabib retired from mixed martial arts competition in 2020, with a perfect 29-0 record.

In his final fight, he successfully retained his UFC lightweight title for the third time against Justin Gaethje. Straight after the contest, ‘The Eagle’ announced his retirement leaving his gloves in the centre of the Octagon. Last week, the 33-year-old was inducted into the modern wing of the UFC Hall of Fame. During his induction speech, he reflected on his time in the cage and the tragic death of his father and trainer Abdulmanap Nurmagomedov who passed away three months before Khabib’s final fight.

“Ten years ago, my mind was completely different,” Khabib said. “‘I’m going to be champion, I’m going to be rich, buy everything.’ But the last two years, everything that happened… my mind changed, the way I was thinking changed. My father is not with me, and it’s a very hard time to stand here and talk about him. It’s very emotional for me.”

Now, McGregor has taken aim at his former opponent. On Tuesday, the Irishman took to Twitter to share an edit of Khabib’s ceremony. The image featured McGregor with two bottles of whiskey standing next to the logo of his whiskey brand Proper Twelve, which had been pasted over Khabib’s body. 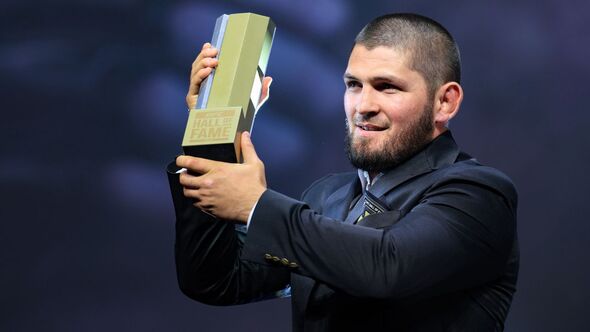 The tweet, captioned: “Proper Twelve, proud maker of the UFC hof show!” made reference to the whiskey brand’s position as sponsor of the UFC. As a Muslim, Nurmagomedov does not drink alcohol and previously clashed with McGregor when he was offered a glass of whiskey during a press conference for their UFC 229 headliner.

In the eventual fight back in October 2018, Nurmagomedov submitted ‘Notorious’ with a rear-naked choke in the fourth round. Moments after winning the contest, Nurmagomedov climbed over the Octagon’s metal fencing and attacked McGregor’s teammate Dillon Danis, starting a mass brawl at the T-Mobile Arena in Las Vegas. As the mayhem ensued two of Khabib’s teammates climbed into the cage and began brawling with McGregor as security clambered to break up the multiple altercations. 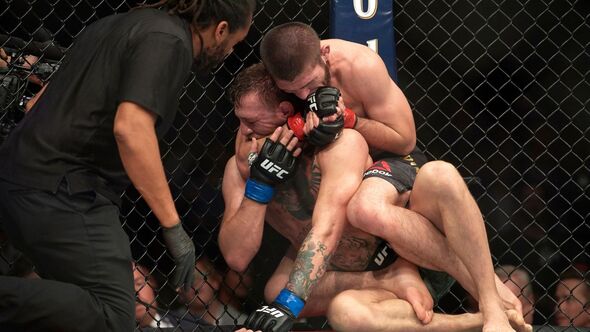 Six months earlier – during the build-up to UFC 223- McGregor picked up a metal dolly and threw it at a fighters bus window that was transporting Khabib and others to and from the Barclays Centre in Brooklyn. The dolly did not injure Khabib but did break the hand of one UFC employee, while also cutting UFC fighters Michael Chiesa and Ray Borg with the broken glass from the impact.

McGregor has only had three fights since losing to nemesis Numragomedov and lost his last two to Dustin Poirier, the second of which came after he broke his leg in the first round. The Irishman is back training again and tipped to return to the Octagon later this year. 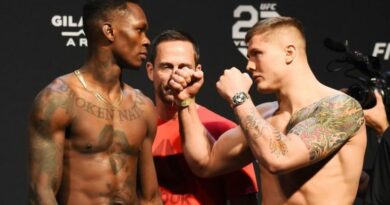 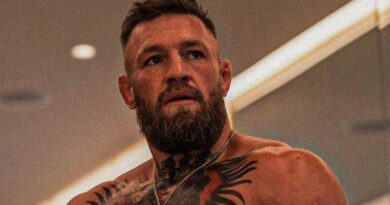