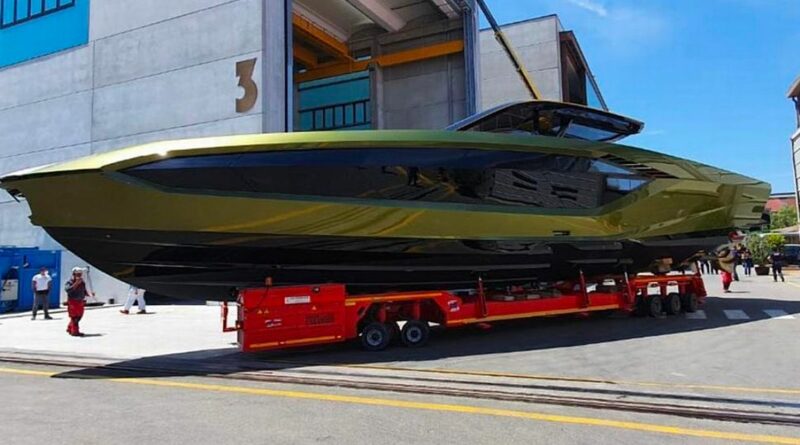 Conor McGregor is recovering from his shocking loss to Dustin Poirier at UFC 264 in style, after the Notorious shared a photo of his new Lamborghini yacht with his 41.3m Instagram followers.

The yacht, a collaboration between Lamborghini and Italian boat manufacturer Tecnomar, hit the water for the first time just 3 weeks ago but has already gained plenty of attention due to its high-speed performance and eye-catching Lamborghini-inspired design.

McGregor took to Instagram earlier today to show off the 19.2-metre yacht and told his fans, “My Lamborghini yacht is ready.”

Spending summer travelling the world in his new boat will surely soften the blow, following his devastating loss to Poirier on July 10.

After a heated build-up to the trilogy contest, many fans were expecting the bout to be a potential fight of the year contender, with McGregor claiming he would make Poirier “pay with his life.”

Instead, Poirier dominated the opening round, landing the heavier shots on the feet as well as some brutal ground-and-pound after McGregor attempted an ill-fated submission. Two of the bouts’ judges scored the round 10-8 for the Diamond.

Do you think Conor McGregor should compete in the UFC again? Let us know in the comments section below.

The contest would then go from bad to worse for the Irishman. In the final moments of the first round, McGregor fired a one-two combination. After missing with his left hand, he fell backwards, and his ankle appeared to snap.

The former UFC two-weight world champion collapsed on the canvas and Poirier jumped on top to land even more ground-and-pound.

The round ended just seconds after the injury and the UFC’s doctor told referee Herb Dean that McGregor was not fit to continue fighting, meaning Poirier was victorious via doctor’s stoppage.

Following the bout, McGregor was seething with the result and in his post-fight interview, even with a broken ankle, the former two-weight world champion offered some choice words for Poirier.

“This is not over,” the Irishman claimed.

McGregor has been widely condemned for his actions following the bout, but it remains unclear whether the UFC will punish the Irishman for his comments.

McGregor clashes with UFC over Russia