Conor McGregor has admitted he does “not give a f***” who he faces in his UFC comeback bout.

‘The Notorious’ will return to the Octagon on January 18 at the T-Mobile Arena in Las Vegas against an unnamed opponent.

He announced his comeback at a press conference in Russia but refused to reveal the identity of his adversary.

“I have agreed the date with the company,” McGregor said at the press conference.

“As far as the opponent, I have the opponent’s name but the game I am in if I was to give you people the name, the UFC would flip it because they are a crafty company.

McGregor, who announced his retirement in March on social media, has already mapped out potential fights after his comeback.

He said: “January 18, the return of ’The Notorious’ Conor McGregor. 12 weeks this Saturday at the T-Mobile Arena in Las Vegas.

“That will be the beginning of my season. I will then look to compete against the winner of Nate Diaz vs Jorge Masvidal for the bad m*********** title.

“Obviously, I have history with Nate so we are set to make the trilogy belt. I feel Nate will get the better of that one.

“Then I will seek the Moscow bout and it will be against the winner of Tony Ferguson and Khabib Nurmagomedov. I can’t even say the guy’s name. Who gives a f*** what the guy’s name is?”

McGregor has not competed in UFC since a fourth-round loss to Nurmagomedov at UFC 229 in October 2018.

He is desperate for a rematch against the Russian but accused his rival of being afraid.

McGregor said: “For me, I wish to compete here in Moscow, Russia. We know what belt I am seeking here in mother Russia. The people of Russia deserve this inevitable rematch to take place here in Moscow. It will happen, however, I am not waiting around for that man. That man is a pull out, a known fearer of risk.

“So for me, I am not waiting around." 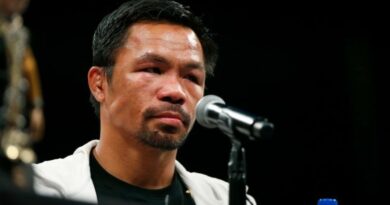 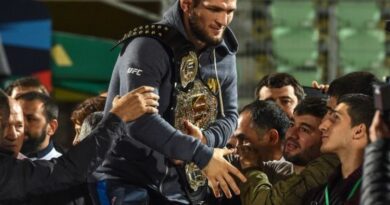