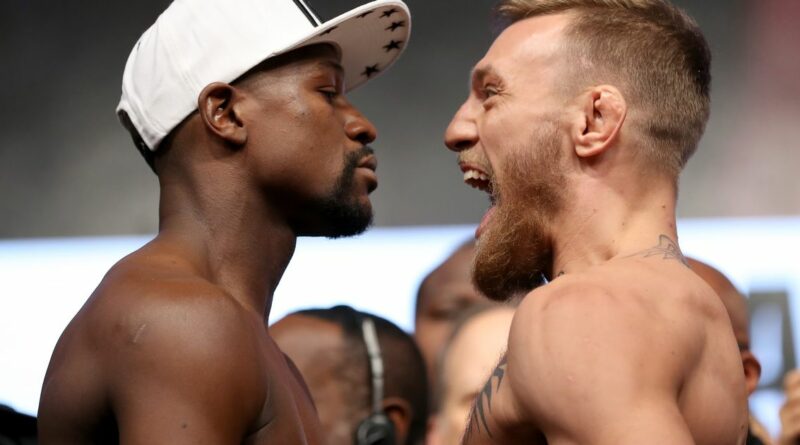 Conor McGregor has laughed at Floyd Mayweather on social media after his old rival bet on him to lose against Dustin Poirier at UFC 264.

McGregor suffered a gruesome broken leg in the first round of his trilogy bout with Poirier in Las Vegas, meaning he slumped to the sixth defeat of his MMA career.

But his misfortune came as good news for Mayweather, who placed a $50,000 bet on his former opponent to come unstuck.

After the fight, the boxing legend shared a photo of his winning bet on Twitter to poke fun at McGregor, writing: "@dustinpoirier, thanks for getting me paid!"

Poirier replied: "I got you champ!"

McGregor then chipped in to tease Mayweather, laughing at his $35,000 winnings.

The Irishman has undergone surgery on his horrific injury, which saw his leg buckle from underneath him as he tried to take a step backwards.

Do you think Conor McGregor and Dustin Poirier should fight for a fourth time? Let us know in the comments section below.

However, despite the sickening nature of his injury McGregor reassured fans that he is feeling "tremendous".

"Just out of the surgery room, everything went to plan," he said.

"We've got six weeks on a crutch now and we begin to build back. I want to thank all the fans all the way around the world for your messages of support.

"It was a hell of a first round. It would have been nice to get into that second round and then see what's what. But it is what it is. That's the nature of the business.

"A clean break of the tibia and it was not to be. Dustin, you can celebrate that illegitimate win all you want, but you've done nothing in there.

"That second round would have shown all. Onwards and upwards we go. We dust ourselves off, we build ourselves back, and we come back better than ever." 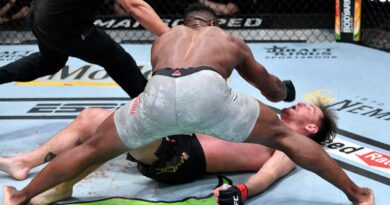 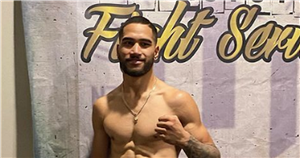