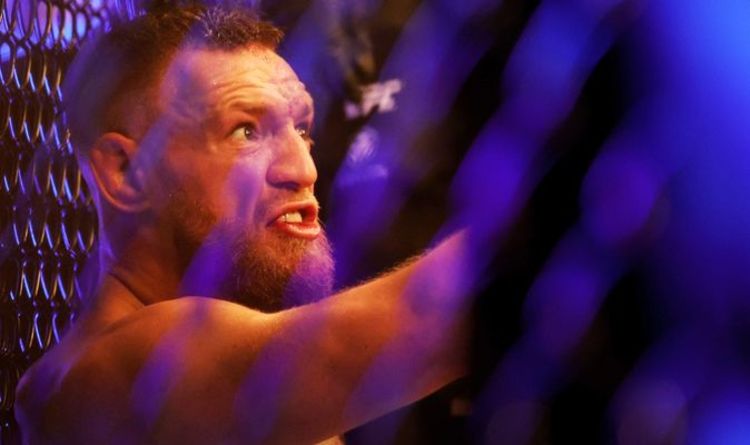 It was a bad night for Conor McGregor at UFC 264 as he lost his trilogy fight to rival Dustin Poirier and suffered a broken ankle that looks set to rule him out of action for months.

Then, during an ill-advised post-fight interview with Joe Rogan while still in clear pain from his injury, an irate McGregor roared back at Poirier’s claims that he caused the injury, rather than it being a freak accident.

The Irishman then took aim at Poirier’s wife in an expletive-laden rant.

After an ill-tempered clash at the T-Mobile Arena in Las Vegas, Poirier was interviewed by UFC co-commentator Joe Rogan and explained that he thought McGregor’s broken ankle was caused when he checked one of the Irishman’s powerful leg kicks earlier in the round.

But McGregor angrily responded to that suggestion as he offered a markedly different take on what happened inside the octagon in Las Vegas.

“There was no check,” McGregor said, responding to Poirier’s suggestion.

“Not one of them was checked.”

He then turned his attention to Poirier’s wife Jolie, as he shouted into the microphone, “Your wife is in my DMs!

“Hey baby, hit me back up on chat later on.

“We’ll be at the after party, the Wynn nightclub, baby.

Poirier referenced some of McGregor’s pre-fight trash talk, where the Irishman said the American would be “dead” on fight night, following prior predictions saying he would leave the octagon on a stretcher.

But, in a cruel twist of fate, it turned out to be McGregor who left the cage on a stretcher, as Poirier reflected on his victory in the aftermath of McGregor’s trash talk.

“But murder isn’t something you clown around with.

“There’s no coming back from that and this guy was saying he was going to murder me and all kinds of stuff.

“You don’t talk like that to people, man. I hope this guy gets home safely to his beautiful family, you know?” 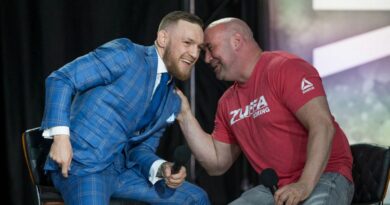